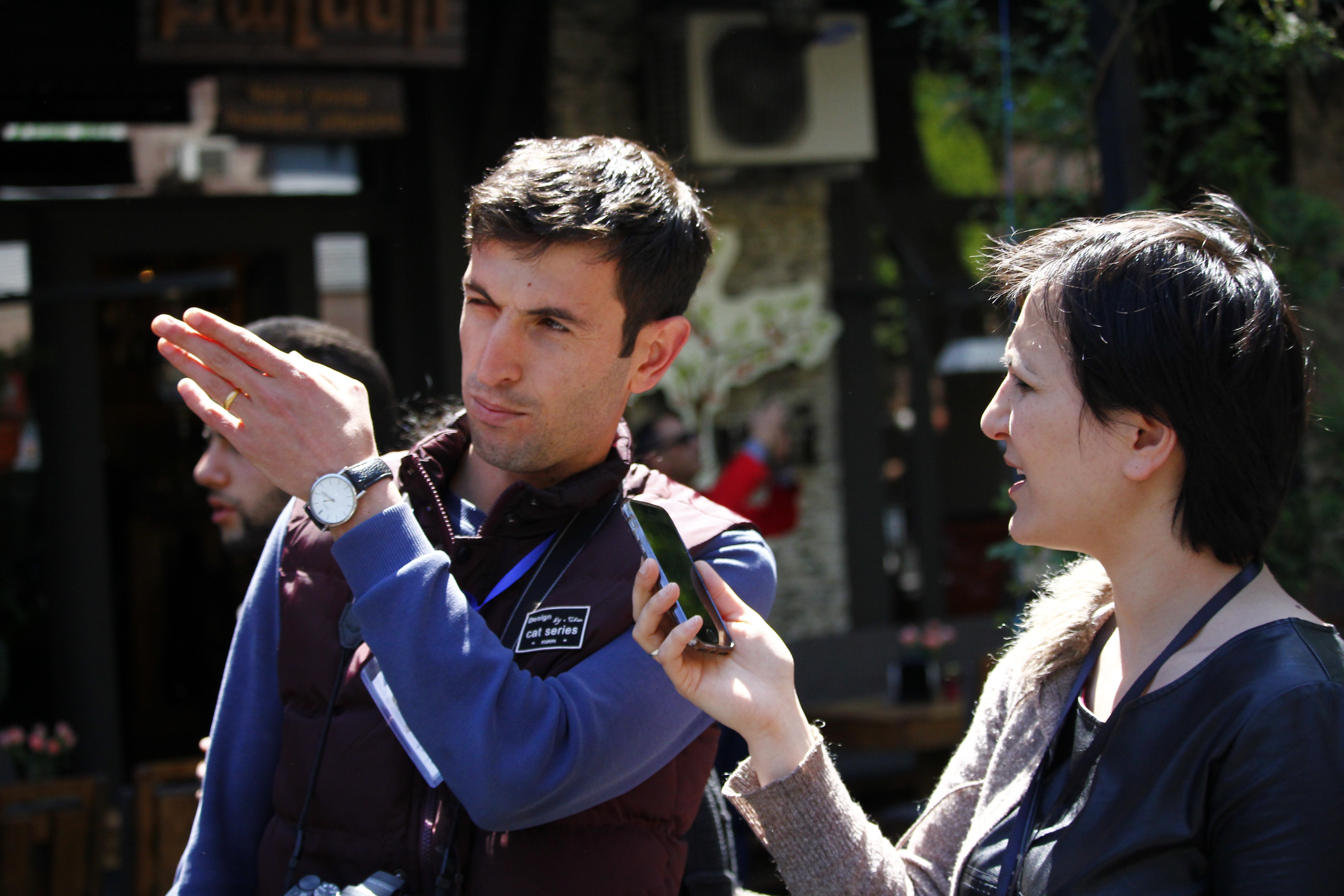 On the morning of April 20, journalist for the sut.am website, Tirayr Muradyan was forcefully removed by police officers from the Take a Step, Reject Serzh protest grounds at the Abovyan-Yerevan highway. The incident took place when the journalist was in the process of broadcasting the events and was visibly wearing his journalist badge.

The police officers approached the journalist standing on the sidewalk and pushed him into a civilian car. During this time, he did not turn of his live connection.

Here’s the shorthand of the conversation which took place between the journalist and the police.

–  You’re getting in the way, you’re blocking the road.

– Hurry up and sit him down.

– Where are you taking me? Where am I sitting? What business do I have in a civilian car? Take me with your car.

– I was standing on the sidewalk, the colonel came and ordered that I be detained.

The police officer attacked the journalist and by grabbing his head forced him to sit in the car.

– Major, why are you interfering in his work?

The police took Tirayr to the Aboyan division. During a conversation with Azatutyun, the journalist said that the police had received an order to take him and leave him in the same place where he was taken.

He said that he was not subjected to any violence in the car, but while he was being released, they didn’t apologize.

Tirayr Muradyan is going to report the crime to the police, for interfering with a journalist’s activities.

Police Chief Ashot Aharonyan explained that the journalist was not arrested, but simply removed from the specific location and then released from the car.

He doesn’t want to answer any question regarding the legalities of what happened to Tirayr Muradyan yet, and promised to spread the statement when the investigation is over.

Ashot Aharonnyan reminds us that they have issued a statement requesting that when journalists are carrying out their professional activities, they do not obstruct police officers who are performing their legal activities.

Earlier, on April 19, Tirayr was assaulted and taken to the hospital when conducting his professional work. He has filed a criminal case on the basis of this incident.

Journalistic organizations urge that journalists and media are treated with tolerance and restraint.