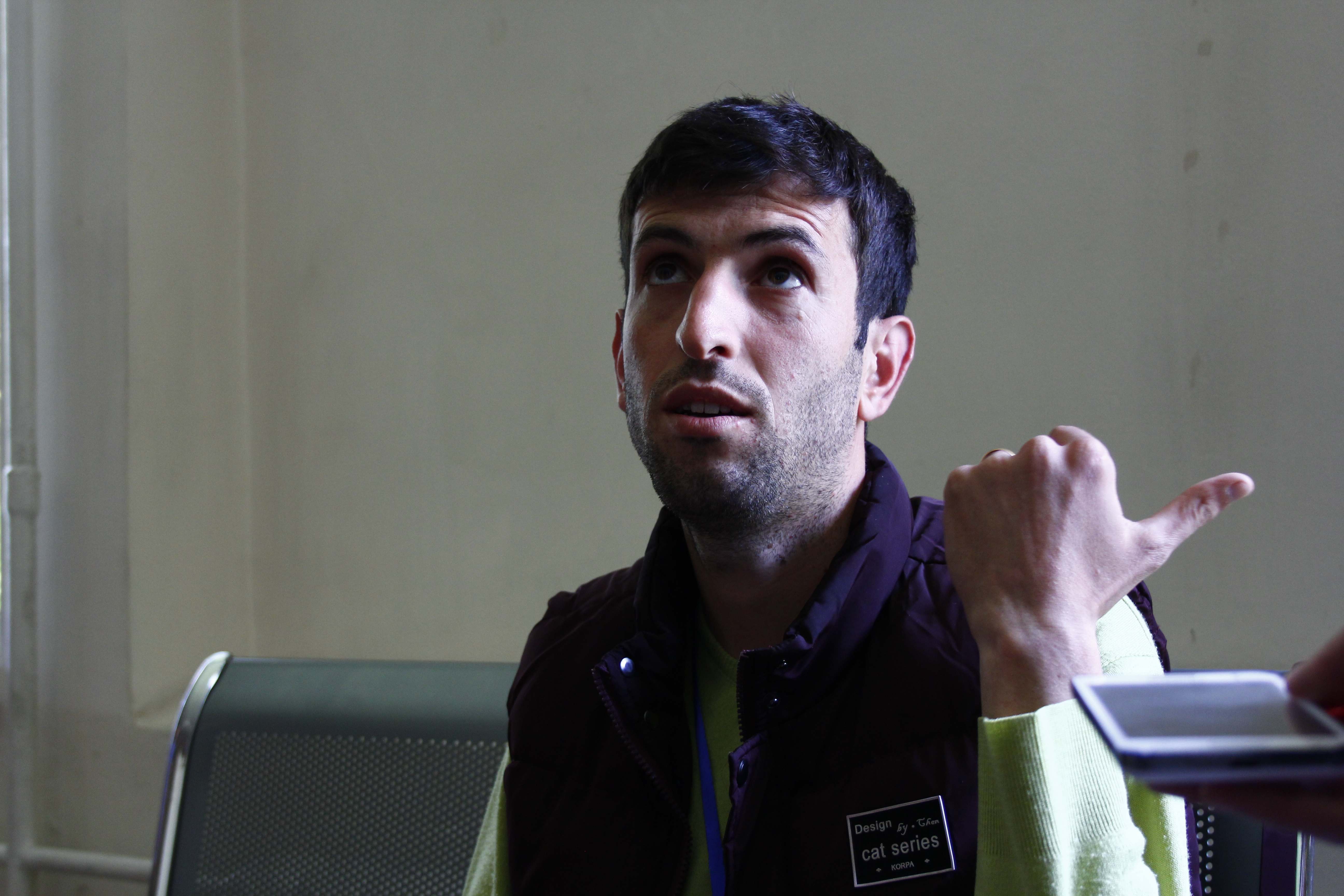 This morning at around 10:00 AM in the center of the capital, Sut.am journalist Tirayr Muradyan was subjected to violence when carrying out his professional responsibilities.

When the journalist photographed them, people in civilian clothing attacked Muradyan and with their fists injured him. Moreover, he was wearing a badge at the time.

Tirayr Muradian presents the details of the incident: “Since yesterday, we have been taking photos of people who are clearly different from the demonstration participants by means of their conduct, behavior and appearance. Today I spotted suspicious people at Khachkar Park and took photos. They noticed me and left the area to go towards Vardanants street.

I had almost reached the Nzhdeh statue when two of them approached me. Threatening that I shouldn’t take pictures of them, they immediately started to hit me. They ran after inflicting the blows, because I  had begun to take photos of their faces again. During that entire time, I was yelling that I am a journalist. The police officers witnessed all of this. I approached one of them, the Major, and told him what happened. He said sarcastically, so what if you are a journalist?

We called an ambulance and I was taken to the hospital,” said Tirayr Muradyan.

The journalist draws attention to the fact that he was attacked when he was alone, there were no other journalists.

“It’s preferable that journalists work together in groups. If there was at least one journalist with me, this incident would have at least been recorded. I think that that taking additional security measures wouldn’t hurt. For example, having a small hidden camera attached to our clothing, which would simply record what happens 24 hours a day,” says the Sut.am journalist.

A statement has been issued to Armenia’s Ombudsman’s Office regarding the fact of Muradyan’s attack. “The violence taken against journalist Tirayr Muradyan is condemned. Any case of hindering a journalist’s professional work should be immediately prevented, and acts of such hindrances should be subject to strict sanctions. The Ombudsman reiterates that ensuring the regular work of journalists is particularly important during mass events where occurrences of public significance are taking place,” notes the statement of the Ombudsman’s Office.

The Human Rights Defender has sent an appropriate letter to the Armenian Investigative Committee.