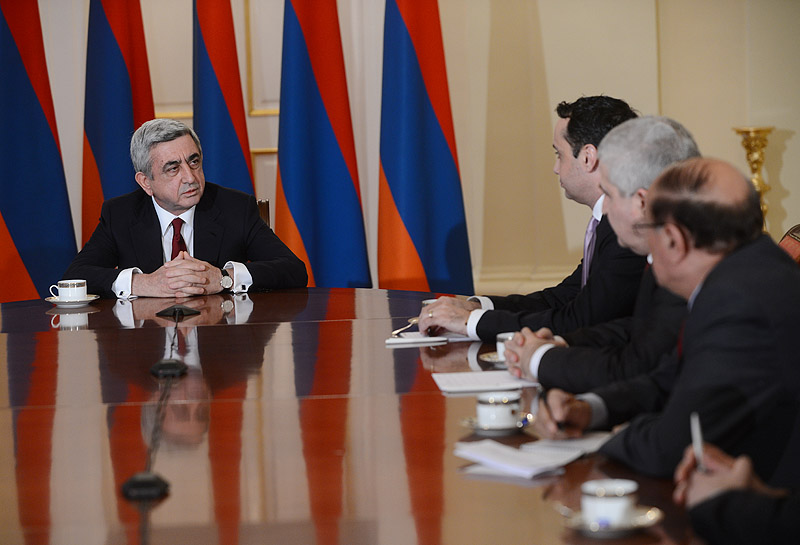 An assessment of how former president Serzh Sargsyan has worked with the media over the past 10 years has been made hence by media representatives. How did the third president of the Republic of Armenia build relations with journalists, how accessible was he, and what image did the number one official of Armenia create for the media?

Serzh Sargsyan, as a politician and state official, who always been in the first ranks of the political elite of the independent state of Armenia, has always been restrained when in the presence of the press, minimizing contact with journalists.

News about Serzh Sargsyan’s activity as RA president since 2008, have been presented by one center and as though in one handwriting. These official releases were accompanied by comments of other high-ranking officials or with portions of the president’s public speeches, however never by the direct words of the president as an answer to a journalist’s question. In other words, there is an impression that the country’s No. 1 high-ranking official did not have any particular desire to communicate with the public about his activities for which he is personally accountable.

But during this period, parallel to the silence, there was no shortage of people speaking on his behalf. The president’s position was presented both by state and party representatives across the press and in social networks. And that position was sincerely pushed by members of his team.

The media cannot be satisfied with the work of any government authority, since the media wants to know more things than the authority allows.

During the past years, during local and international events, there were certain circumstances which got in the way of those interactions, however I would like to address rumors alleging that the president has vetoed us. I have not witnessed such a thing, other than some media outlets having not moved forward on the principle of comprehensive coverage. It was more self-censorship, than censorship.

An important fact, since the days of Robert Kocharyan’s presidency, the president has had many non-publicized with media representatives. These meetings were held in a sincere, critical atmosphere and were important for journalists in an enlightening and informative sense.

From the perspective of working with the media, the 10 years of Serzh Sargsyan’s office can be theoretically divided into 3 phases. There were persecutions, reprisals, litigations against journalists and media, activists as well as social media (Hetq, Chorrord Ishkhanutyun, etc.) during his first years of Presidency. To put it figuratively, it was a period of violence.

Then in the second period, the president began working with the media in a closed format. If we evaluate on a scale from 0-10, the activity in that period can be graded with 0 points. For the broader journalistic community, the president has never made a press conference.

Only a limited number of TV journalists were present at the meetings with media representatives. Even when being accessible at different events, he always avoided answering their questions.

The third phase is marked by closing the doors on the press. In the recent phase, they first closed the government sessions, then they created a separate space for journalists, in order for them to cover the meetings of the City Council. Thus, the media is legally and institutionally pushed away from developments of events. If Serzh Sargsyan continues to be in office as prime minister, the 0 will drop to -10.

We can only hope that the new president, Armen Sargsyan, will work more openly and publicly with the media (until now he has not been avoiding the media, however he did not give comprehensive answers to the journalists). It doesn’t seem that an opposing working style would be a problem, since he has received a “good” inheritance from his predecessor.