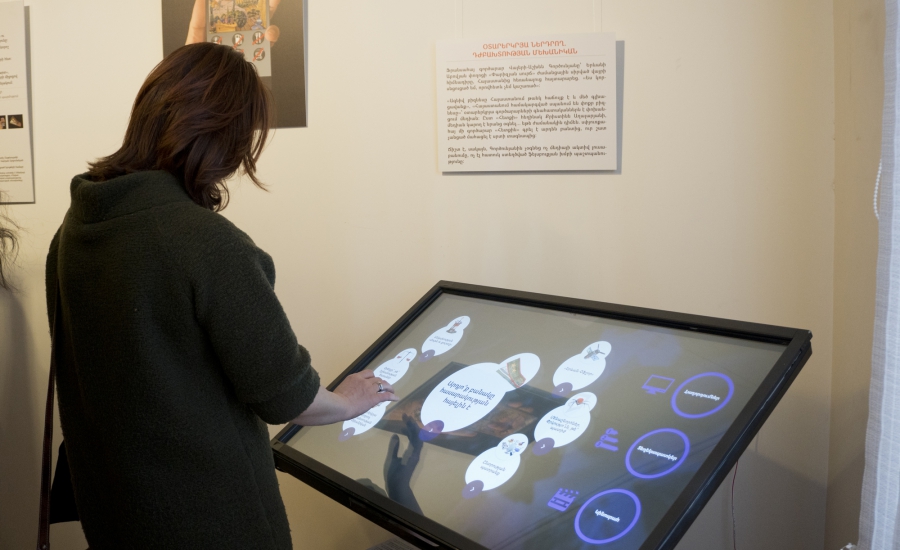 Through a travelling exhibit, the Lratun museum presents the story of coverage of significant events in Armenia, and the development and challenges of the media and journalism.

Head of Lratun media museum Vahram Martirosyan says they selected the seven most notable instances of corruption from the 90s till today and presented the story of their news coverage.

Lratun is an interactive project that touches upon the history of news coverage of corruption in Armenia in the last 25 years.

“We tried to gather it all, to shape and deliver it to those who are interested, and research, remember, and once again understand it all,” says Media Initiatives Center Managing Director Nouneh Sargsyan.

Lratun was made possible through the support of the United States Agency for International Development (USAID). US Ambassador to Armenia Richard Mills, who attended the exhibit, in his welcoming remarks said that one of the US Embassy’s priorities is the collaboration with the Armenian public and media, and support of efforts aimed at the fight against corruption.

“I believe it is in the interest of Armenian state officials that there is a media sector that can ask officials difficult questions,” said the ambassador.

In publicist Tigran Paskevichyan’s opinion, the museum first of all summarizes results.

“It’s very important, seeing that this entire conversation about corruption is not in the air; quite a lot of people and groups have done something. Perhaps it was lost to the newsfeed at one time, but now is the time to bring it back. We have to understand what we have achieved; perhaps there have been no results, perhaps the situation worsened after that? In any case, this is an opportunity to think about, to again reorganize our conduct, our approach,” said Paskevichyan.

The exhibit can be very useful also for journalists interested in the fight against corruption. “It can change their approach when asking questions, or when covering the issue [they can] see it from another prism or perspective,” says Ayvazyan.

The exhibit also has elements of journalism education and media literacy. Museum visitors can try in person the Media Initiatives Center’s games Mediamart, Tsantsar, and The Adventures of the Literatus.

The Lratun project began in 2010. The project’s first exhibit was called An Earthquake that Shook the Media and describes the journalistic work during the 1988 Spitak earthquake.

This, the second exhibit, will be on display in Yerevan until February 18, while in the months of March and April, it will travel to Gyumri, Vanadzor, and Goris.