Radio Broadcasting from Home or I Love ArmCoRadio 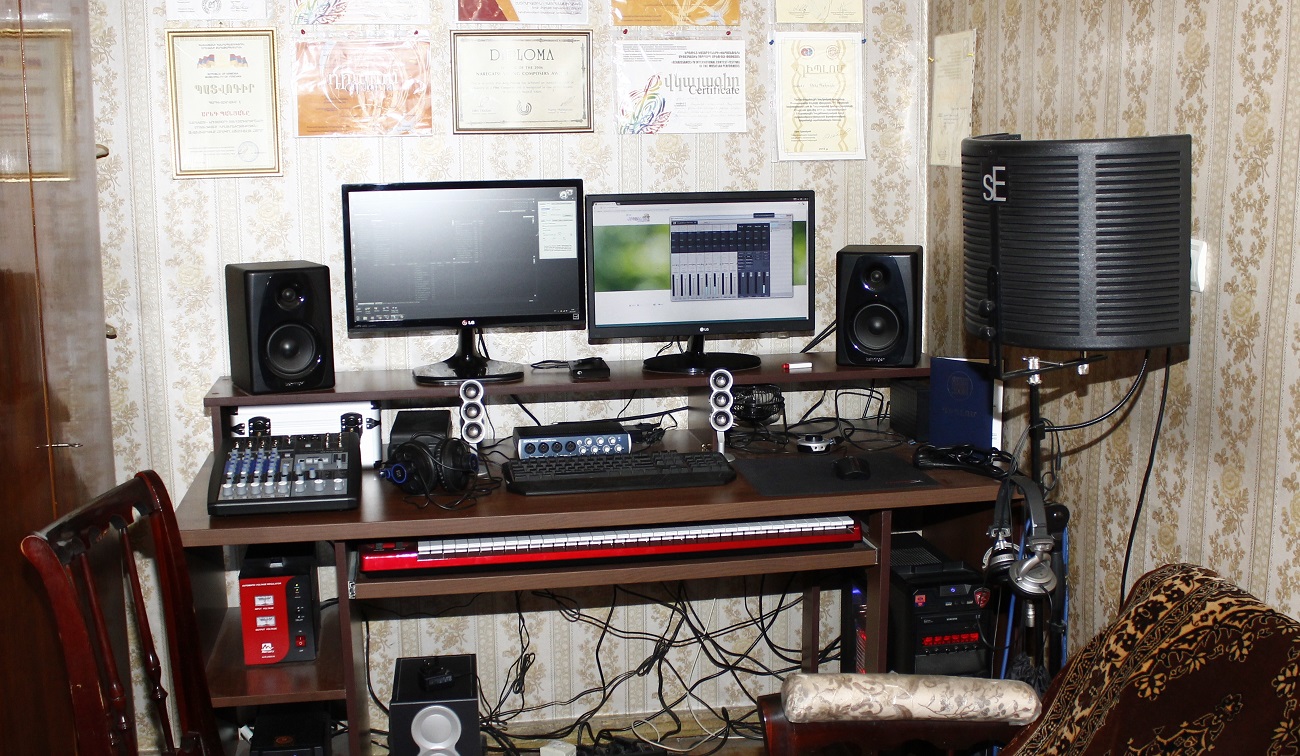 The internet enables you without renting extra space, maintaining a large staff, undergoing complicated licensing procedures, and incurring additional expense to establish a radio station, in this case, online, to have a theoretically larger audience than on the FM dial.

imusic.am is one of Armenia’s first online radio stations, if not the first. Melomaniacs will remember iLyovMusic.mp3. From an amateur project it has turned into a leader on the worldwide web.

imusic.am founder Levon Naghashyan says that the project in seven years has enriched the sound recording library, reaching almost five million audio recordings. By 2018, this number, according to Naghashyan, will reach 14–15 million. For this purpose, negotiations are underway with Sony, Warner Brothers, and Universal.

During that time, the radio’s recording library has been replenished with the help of subscribers first of all, as well as donations from the artists and performers themselves.

Naghashyan is a melomaniac. The imusic project is the result of his enthusiasm. “There was nothing good to listen to. And I have a weakness for music. I began a website. In 2011, we already had quite a lot of feedback. That year we established our company, Naghashyan Solutions, part of the income of which went to develop imusic. In 2013, we became a worthy competitor of big international projects,” he says.

imusic has a very accessible structure. What is being broadcast is always available on the website. The website has sections: radio, which in turn has several options; melomania; and music, where one can find millions of recordings according to genre and performer. If you register on the website, you can get your own collection of preferred recordings and so on.

At imusic, the music is censored. Naghashyan says numerous artists and albums have been left out of their recording library because they don’t correspond to the platform’s musical nature.

About 10 years after its founding, imusic is developing according to the logic of a business project, moving toward innovation. An app for Android and iOS has been created; soon, it will be possible for listeners to become Premium subscribers of the app and be able to listen offline.

imusic is a costly project. A lot of money is spent, particularly on traffic.

Naghashyan says that during 10 years, none of imusic’s 40 thousand subscribers has unsubscribed. Daily visits reach 8,000. At the same time, the website has spent only US$5 on advertising.

A bunch of online radio programs were launched in a short time, in 2016, on microwav. The microwav project (microwav.fm), funded by Sida (Swedish International Development Agency), is an independent, non-partisan, international, youth-oriented radio platform, which anticipates equal participation all over the South Caucasus.

Human rights, freedom, democracy, global problems, and topics of concern to the public are discussed on several online radio stations created within the scope of the project.

The first online youth radio station, operating in Dilijan, is Dili Radio. The programs are produced by teens from Dilijan’s community center and covers scenes from city life.

Radio Azalia is a round-the-clock radio station that apart from music also broadcasts programs on social and environmental issues.

Women’s Voice Radio is hosted by the Women’s Resource Center. The goal of the radio channel is to support women in various areas.

Youth for Youth media center is a platform that besides an online radio is also an online TV.

Some radio programs offr the program’s podcasts on their websites. The microwav project has enabled particularly those in the regions to create radio stations, using them as a platform for discussions.

One of the radio stations that recently began operations in Armenia is the Composers Union of Armenia and Aegeon Music jointly operated ArmCoRadio, the aim of which first of all is to promote the works of Armenian composers.

The station offers classical, jazz, folk, and pop music. A lot of work is being done to enrich the radio’s fund. The fund of the Composers Union of Armenia is even being digitalized, with the aim of transmitting it to radio.

ArmCoRadio’s broadcast is carried out from Aegeon Music co-founder and composer Areg Panyan’s Yerevan apartment. Panyan and his wife, singer Zaruhi Mikoyan, have invested more than US$3,000, expecting that ArmCoRadio will become a successful business project in the future.