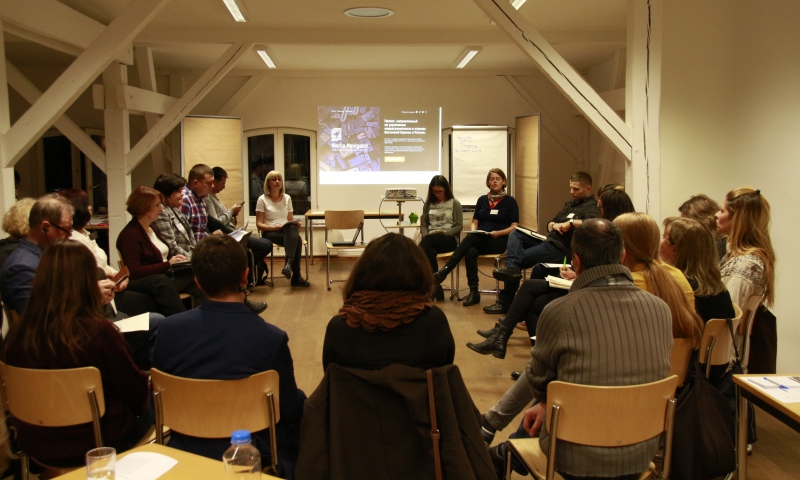 To orient ourselves in the media field and to analyze the enormous amount of information surrounding us, not only theoretical, but also practical actions are needed.

Differentiating biased and manipulative information is especially important for a young audience. For this reason, it is desirable to develop fundamental media literacy skills in school as a supplement to various school subjects.

The guide is a collection of tools and exercises, or rather, a toolbox that is designed for a Russian-speaking audience and includes exercises on different topics, corresponding to several levels of difficulty.

The exercises and group activities can be done with middle school students, involving them in the exciting process of creating, perceiving, and classifying information. But this toolbox will be useful also for various age groups since everyone needs practical guides.

The purpose of the Media Navigator online tool is to gather media literacy experts from Eastern Europe, the European Union, and Russia and create a common platform.

The exercises in the handbook will help people distinguish the structure of news, analyze different comments on the same news event, separate fact from opinion, present the news event from the perspective of different people, and so on.

The course options in Media Navigator are presented according to stages. Schoolteachers can use them, localizing and supplementing them with specific countries’ media content.

Media Navigator’s work was coordinated by the Germany organization n-ost, the Academy of Ukrainian Press, Ukrainian Detector Media, and Russian Bumaga Media. The project was funded by the German government.

The authors of the project want to broaden the spread of media literacy and promote the teaching practice.

This was an attempt to create a universal guide, which will later be translated into other languages and with its useful links will help teachers, journalists, and experts from different countries.