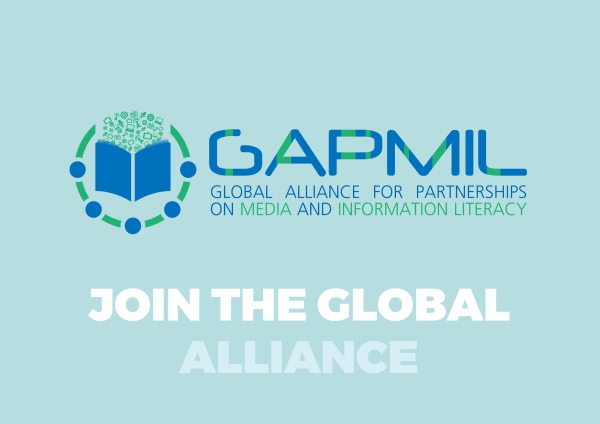 The names of the winners were announced during the Global MIL Week, at the annual conference, this year held in Kingston, Jamaica, October 24–27.

For three years, GAPMIL has been bestowing awards to individuals and organizations for their achievements and significant contribution to media literacy. This year, the group received 170 nominations from which it selected the winners.

“For several years, MIC has been a member of this Alliance and has participated in several initiatives. And this year we decided to apply for the award; we presented our projects and achievements in the area of media literacy. We were notified by email that we received the award only a few days before the conference and we were unable to participate in the award ceremony in Jamaica.”

Bestowing the main award to the Media Initiatives Center, UNESCO highlighted the organization’s work with Armenia’s Ministry of Education and Science and schools and universities, the educational media literacy materials, particularly the game Mediamart (Media Battle), this website (media.am), and the regional cooperation projects.

“MIC’s media.am website is the main platform for media critique and analysis in Armenia.”

“MIC’s joint projects with Azerbaijani and Turkish partners illustrate how films and MIL can be used for better communication, collaboration, and intercultural dialogue,” reads the news story on the UNESCO website.

The second-place award was given to Professor Jesus Lau of Veracruzana University in Mexico, who has been a key actor in promoting and advocating MIL in education in Mexico, in Latin America and at the international level.

The third-place award was a tie between the Media and Information Literacy (MIL) Project France and the Media Support Centre in Kyrgyzstan.

The winning French project aims to spread media and information literacy, including fostering critical thinking, among boys and girls over  10 years old.

The Media Support Center Foundation in Kyrgyzstan has created an online educational platform for media literacy for students and teachers.

GAPMIL, which promotes international cooperation in the area of access to information, currently has over 500 member organizations from over 110 countries. The Alliance is open for membership.