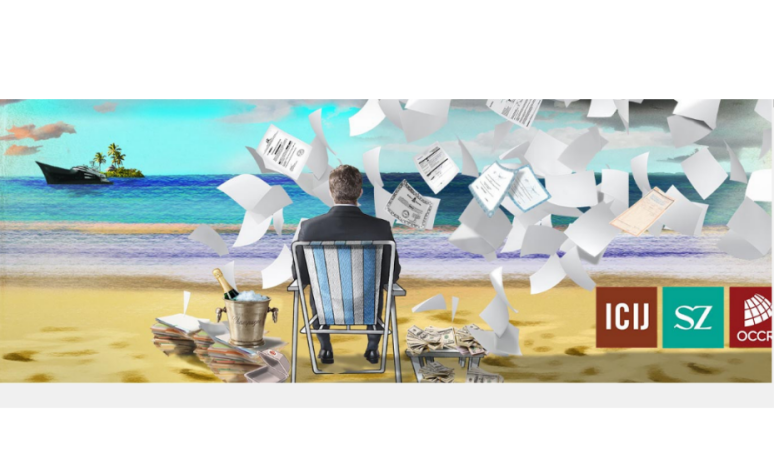 On April 3, 2016, a new wave of journalistic revelations began, and a new term emerged — the Panama Papers. A dozen media outlets around the world published (and continue to publish) investigative pieces, based on declassified archival documents of the Panamanian law firm Mossack Fonseca. Including also Armenia’s investigative journalists from Hetq.

A year later, on November 5, 2017, becoming available to journalists were the internal archival documents of Asiaciti Trust in Singapore and Appleby law firm in Bermuda, christened the Paradise Papers.

In both cases, information about offshore schemes proving the concealing of billions of dollars and the people involved in them became known thanks to leaks.

The unnamed source again sent the files to German newspaper Süddeutsche Zeitung, who, in turn, provided them to the International Consortium of Investigative Journalists (ICIJ) and the Organized Crime and Corruption Reporting Project (OCCRP).

ICIJ involved in the investigation 382 journalists from 67 countries, who revealed the traces of people representing their country in offshore activities in the British island territory of Bermuda.

Appleby is a large company that deals with offshore registration, tax planning and management. Making use of these services were very rich and famous people: presidents, royal families, the military elite, and pop stars.

The richest people on the planet (the 1%), through different companies and funds, had been given the opportunity through confidentiality to avoid tax payments and make transactions that weren’t public.

In the 21st century, money crosses borders much more easily than people. And the control of large sums of money is an important component of the global economy, even if the owners of the money aren’t breaking any laws, but simply keeping their money secret.

In any case, the Paradise Papers showed that kept in offshore accounts is about 8 trillion EUR, whose circulation is not transparent.

We now know that the US commerce secretary made deals with Russian billionaires (bypassing existing sanctions). In general, mentioned in the documents are Donald Trump’s advisors, sponsors, and administrative staff, who preferred to register their money anonymously.

One hundred and twenty famous people and politicians (mainly from the US and the UK) keep their money in shadow entities, which is evidence of the interconnectedness of politics, large capital, and offshore secrecy.

These two major information leaks left a very interesting trace on journalistic work. The international, transnational network of journalists began to play an important role, not only making public the flows of large sums of money, but also processing and analyzing millions of files.

For example, in the case of the Paradise Papers, journalists were dealing with 13.4 million files.

And according to the agreement, the day to publish the investigative pieces was the same for everyone. The first pieces published on November 5 at 8 p.m. were just the beginning. The investigative stories will continue.

Unlike the Panama Papers, the Paradise Papers are “cleaner”; that is, the declassified offshore registration was done under stricter rules, and there are few clients with a suspicious past and connections. Perhaps for this reason too there’s no word yet of major sums of money from Armenia.