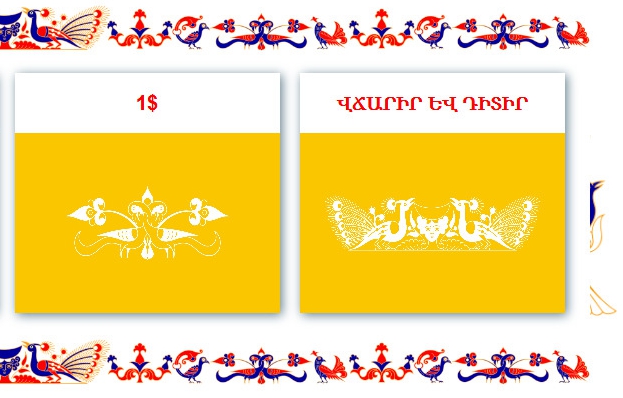 A new online TV platform, which consumers must pay to watch, has entered the Armenian media industry.

Arev TV (ARmenian Exclusive Videos) is owned by the company Old School, which is founded and managed by producers Armen Grigoryan and Ruben Tumanyan.

The producers are confident that that this new TV is created for those who are not satisfied with television today.

And since the demands for modern television are great, it can be assumed that the project’s founders will be making an almost revolutionary offer.

Tumanyan identifies their target audience as Armenians living in the US and Russia, who can watch unique content any time of the day and not be connected to the broadcaster.

“Inevitably, the world today is moving toward consumption of paid TV productions; this moment is becoming ripe also in Armenia. Though we’re not pinning great hopes on local consumers, we have hopes for the future,” he says.

The channel is advertised as “a media outlet for the world’s Armenians.”

The slogan “You don’t watch Arev TV? Why, aren’t you Armenian?” is quite risky for a media outlet offering paid content. The issue is not just that people in Armenia are not yet ready to pay for media content, but that it’s unknown what exactly is content directed solely to an “Armenian” audience.

“We want to attract attention aggressively. If we become afraid of the consequences of aggression, we won’t do anything. There are always those who like novelty and those who don’t,” Tumanyan explains.

Arev TV will offer “Armenian” audiences programs of its own production, mainly humorous, which will contain uncensored remarks. These are identified by the 18+ label.

“The online format provides more freedom than traditional television, which has to adhere to ethics. In our programs you’ll see that which exists in real life and as it is. We’re simply conscientiously warning [viewers] about the non-normative lexicon,” he says.

The platform is open also for other producers.

“We have a large amount of our own productions; let’s see what kind of engagement we get. That such projects require six months to two years to be established is accepted,” says the project’s co-creator.

The platform operates on a pay-per-view and not a subscription-based model. The price of the programs vary: from one to three dollars. After a viewer pays once for a show, that episode belongs to him. Downloading, sharing, or uploading the content to YouTube is not possible.