Community Issues Raised on Not Only TV, But Also Facebook 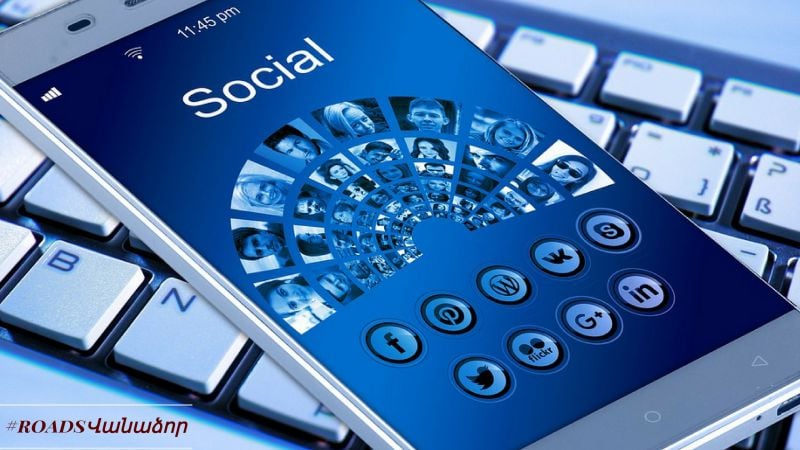 The bad condition of the roads in Vandzor has long been known in Armenia. Seemingly unsolvable for years. Even media reports haven’t particularly helped in the matter. Lori TV employees decided, along with journalism, to use the opportunities afforded by social media.

Aiming to raise the efficiency of solving community problems, they launched a flashmob.

Lori TV Director Narine Avetisyan has suggested to Vanadzor Facebook users to act in an organized way: to share photos or videos, identifying the street name or section, and adding the hashtag #roadsՎանաձոր (#roadsVanadzor) so that the information is available and visible to everyone.

For example, the asphalt on Tigran Mets Ave. has been cut into chunks to fill potholes, but it’s been a month and the works have not been completed. Avetisyan uploaded photos and at the same time, the TV station aired video footage. 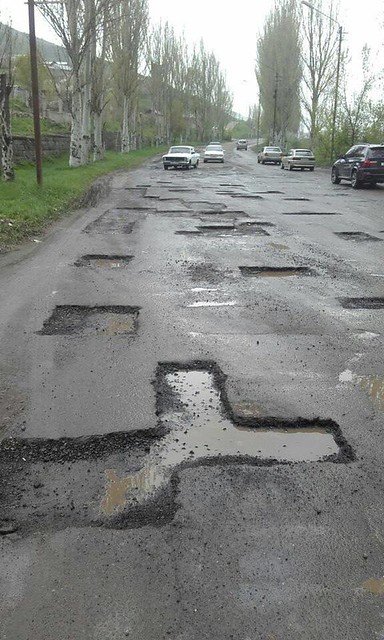 Avetisyan explains why they decided to address problems through not only television, but also Facebook posts.

“This is our first organized flashmob, aimed at community problems. Through the flashmob, we involve more people in the problem-solving process. Naturally, in producing videos on waste collection, we can’t visit all the residential yards. Instead, citizens using social media raise the issues themselves, shaping the culture of availing of social media. And when the relevant authorities respond to the issue, that person becomes our dream resident.”

According to Avetisyan, by actively engaging on social media, the TV station acquires new TV viewers. As is known, Lori TV operates in the domain of analog broadcasting and doesn’t have a digital broadcasting license, resulting in a drop in audience numbers.

“We move the topic from Facebook to television; from social networking sites, people come toward our audience. People are quite touched that they participate, that their voice is heard,” says Avetisyan.

Vanadzor resident, journalist Mane Papyan says that the issue of Vanadzor’s demolished streets began to circulate on Facebook from an interesting photo, which her father, Stepan Papyan, had uploaded.

“When my father, angry, uploaded this photo online, it very quickly spread in the hundreds, including not only in Armenia,” says Mane.

Papyan believes that issues appearing on social media get a response. “Even that now Vanadzor’s mayor is very active on Facebook and definitely follows our posts, that’s already important.”

Prior to this flashmob, Vanadzor’s active residents, the majority of whom are journalists, had organized another flashmob — on the topic of waste collection. The flashmob was a success. Avetisyan says that Lime, the company responsible for waste collection, on the same day responded to residents’ posts, publishing photos of the same area, now already in a clean state.

The flashmob regarding the roads began 4–5 days ago.  The head of Vandzor City Hall’s utilities services responded, informing the public that the government has already transferred the money for filling the potholes.

In the near future, Lori TV’s journalists will be organizing new flashmobs, involving the residents in the community budget review process.