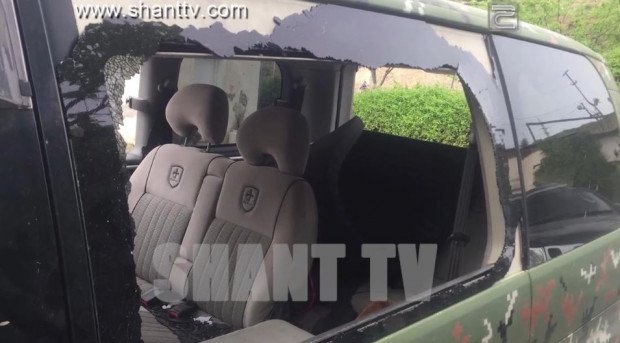 The camera crew filming the Shant TV series Dirqerum (On the Posts) came under fire in the northern part of the Artsakh-Azerbaijan ‘Line of Contact’ on May 10 around 6 p.m.

The TV series’ camera operator, Davit Atoyan, was injured. He successfully underwent surgery at the hospital in Stepanakert.

An employee from Shant TV’s public relations department informed Media.am that Atoyan’s condition is stable and not life-threatening. If he experiences any post-operative issues, he will be moved to Yerevan.

“The camera crew works on the front line, and considering the high risk, it adheres to all the safety rules. Besides the camera operator, the members of the rest of the team were not seriously injured and are on their feet,” Shant TV staff informed us.

This incident, according to the TV company, must be kept in the center of attention, a military investigation carried out, since a large-caliber weapon was used.

The camera crew’s vehicle was damaged as a result. Shant TV informed us that they are in contact with the camera crew and the TV series’ regular programming won’t be interrupted because of the incident. “Some materials that correspond to the program’s dynamics and stem from the context will definitely be included in upcoming broadcasts.”

Dirqerum has been on air since 2016; it is produced through a collaboration with the Armed Forces of the Republic of Armenia. The series is comprised of reportages, filmed at the border posts and on the front line.