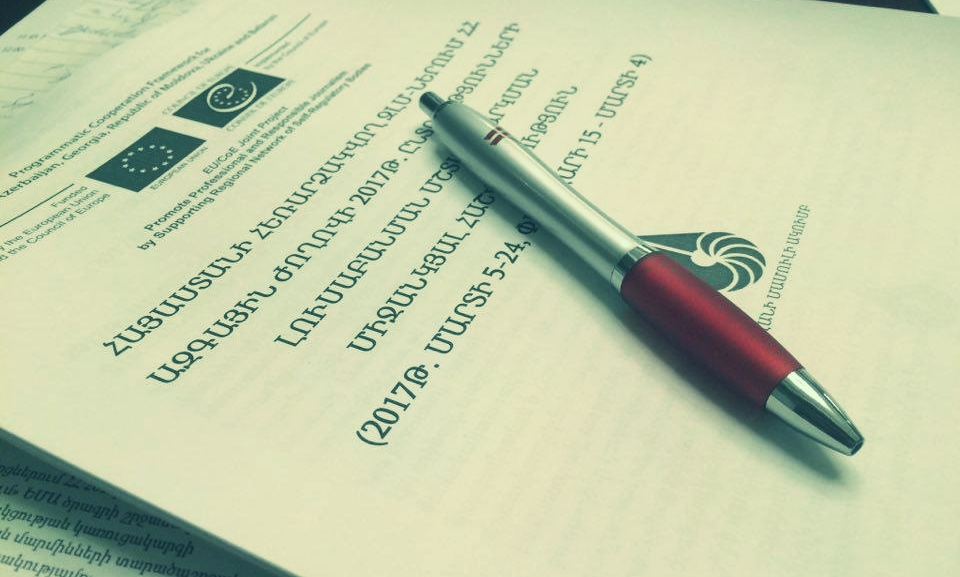 Just a few days left till the end of the April 2 National Assembly election campaign. Organizations that monitored broadcast media (Yerevan Press Club, National Commission on Television and Radio) in their preliminary assessments noted that televised election campaign coverage to date has been neutral and balanced. All the media outlets that were monitored fulfilled the legal requirement of providing unpaid and paid airtime to all the political groups running in the election.

During a conference organized by Yerevan Press Club titled “Coverage of Elections to RA National Assembly in 2017 by Broadcast Media of Armenia,” representatives of political groups participating in the election spoke about the work of TV stations during the campaign period.

They all agreed that during this election campaign, TV stations (“not to be given an earful”) were able to divide their airtime equally. But in many cases, keeping the format, they lost the content.

Here are the politicians’ main views.

There were no TV debates in the end

“Unfortunately, there were no political debates during this election campaign. Representatives of political groups running in the election avoid appearing on air in this format. They are prepared to talk only separately, present their steps. And the TV station, in order to meet the legal requirement, keeps the format and provides airtime, but is unable to get substantial debates.”

Visits to the marzer (provinces) were poorly covered

“Generally, we’re satisfied with the amount and quality of coverage. There was a problem only in coverage of visits to the provinces: those political groups that have their own TV stations, their visits to the provinces were covered, while those who don’t were left off the air. And the other problem is that TV stations practically don’t cover regional candidates. Much of the focus was on candidates nominated in Yerevan.”

“The so-called hidden advertising in the case of repeat footage is not an editorial policy or trend, but the result of the availability of resources. Media outlets don’t have that many resources for equal coverage.”

“With Armenian Renaissance party representative Edgar Araqelyan, who is the head of the news department at H3 TV, we have an internal agreement to provide each other with footage. I consider this normal practice.”

“A significant portion of our fellow citizens today receives information from social media. The alliance is trying to make its messages to them more timely and adaptable on that platform.”

“Our success is more apparent on social media, especially on Facebook. We have videos that had 200–300 thousand views. It’s obvious that social media works more effectively.”

“It’s unfortunate that TV stations become interested in political life only during this period. Only some party-affiliated TV stations follow political developments, try to keep the audience informed; in the case of the others, media opportunities are channeled to other areas.”

“After 2008, this is the worst covered election: [TV stations] maintain the formal political aspect but allow gross ethical violations. For example, they talk about complaints against political groups within society and show our party’s booklet in the video footage.”

The Armenian Communist Party’s views on the work of TV stations are not presented because the party’s representative at the conference, Yerjanik Ghazaryan, was absent.