Virtual Reality in Journalism in Armenia 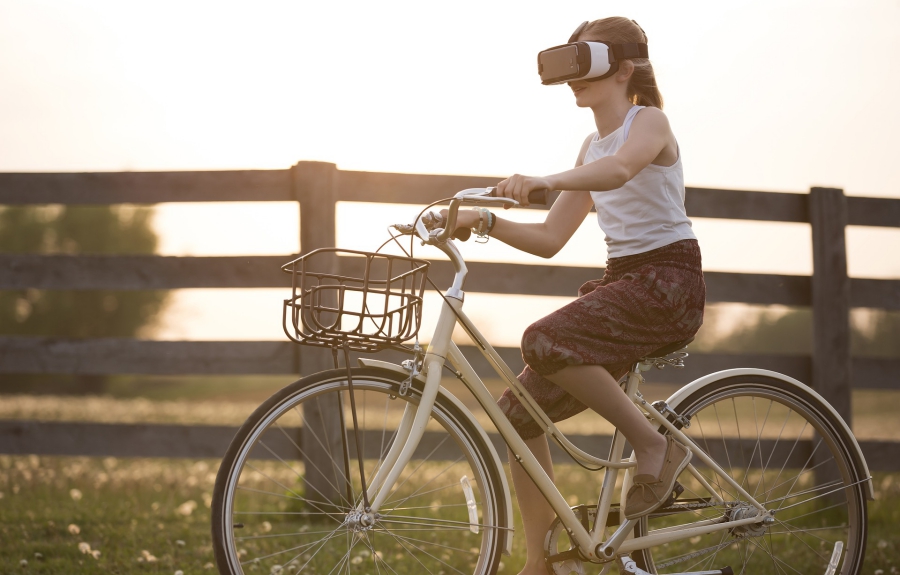 You’ve seen people wearing seemingly odd glasses, who move their heads around as if searching for a radio signal. Welcome to virtual reality.

The tools of virtual reality have come also to Armenia.

The West earlier and Armenia recently began to discover the possibilities of VR (virtual reality).

The term “virtual reality” was invented by Jaron Lanier in 1989. Until then, the term “artificial reality” was used, while in sci-fi literature, the expression “cyberspace.”

WIth the development of VR technology, we can watch films, reportages, and social ads in 360 degrees.

Special glasses are designed to watch videos filmed in 360 degrees. There is also a completely affordable and convenient version: “Cardboard,” which is made with cardboard and glass.

First, you must upload to your smartphone an app that has a database of videos filmed in 360 degrees, place the phone in Cardboard and watch the video, being completely immersed in virtual reality. Moving your head left, right, up, and down, you can experience the story in its original environment.

Using this technology is possible only with phones that have gyroscopes (small gyro sensors).

With VR, you can experience the universe, nature, the oceans… But it’s used also in journalism.

For example, thanks to the work of Al Jazeera’s journalists, we can all experience the complete charm and spirit of the religious pilgrimage, or Hajj, to Mecca.

With the help of The Guardian, we will understand what it feels like to be in a 6×9 prison cell.

And thanks to the journalists at The New York Times, you can feel like a participant in the clashes in the Iraqi city of Falluja.

Armenia online news media, however, don’t yet use VR technology.

The project 360Impact is one example of using the format of VR for journalism in Armenia. The companies Arloopa and DreamShots and Journalists for the Future NGO, with the help of the US Embassy in Yerevan, created a VR platform and 360-degree video that depicts life in Armenia’s border villages.

“We want to raise social issues through virtual reality. But since there aren’t relevant such products in Armenia, first we created the app, then the videos.The idea was as follows: to show people in Yerevan the life of those living in the border areas. In this case, we’re talking about people living in Baghanis, which is only a few hundred meters from the border,” said one of the project creators, Hovhannes Aghajanyan.

VR technologies, according to Aghajanyan, have entered various industries and are considered the top topic at technology exhibitions. “They also have their place in journalism. The media uses VR technologies to present stories. One of the aims of creating the project is to show people in the media sector what means can be used to make news stories more appealing. That is, bring new technologies to the media and thereby change the media.”

Within the scope of the project, cardboard glasses were also produced — currently, only 75 pairs. The glasses can be purchased in a few shops in Yerevan. They cost around 5,000 to 6,000 AMD (about $10–12 USD).

360Impact (Android, iOS) was presented in Armenia for the first time at the Digital Communication Network‘s Empowering Ideas international conference.

According to Aghajanyan, VR technologies develop in the market mainly in two directions: device manufacturing and app development.

Arloopa co-founder and CEO Arman Atoyan says that at Google I/O 2016, Google announced that 50 million VR apps and games were downloaded. At the time, the number of apps and games created by Armenian companies that had been downloaded were 500 thousand; that is, 1%, which is quite a large number.

One of the most interesting technologies of the day is currently bypassing Armenian media. Meanwhile, The New York Times, for example, in October 2015 sent its subscribers a total of one million Google Cardboards, which permitted the publication to demonstrate its VR product.