Armenia 5th in the World in Number of Odnoklassniki Users 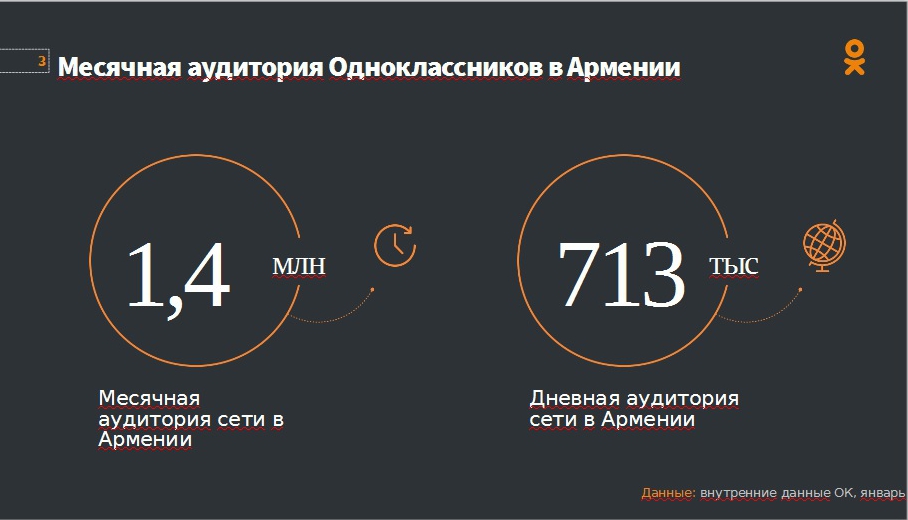 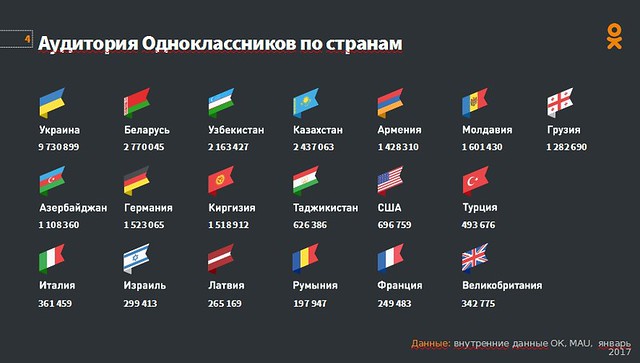 Mail.Ru Group representative Aleksandr Strebkov, presenting the company’s internal data at the conference, mentioned that Armenia occupies fifth place in the world when it comes to number of Odnaklassniki users (Russia was not in the list of countries surveyed).

According to Strebkov, in Armenia, 1.4 million people monthly  — 713,000 daily — access Odnoklassniki, which has 73 million users worldwide.