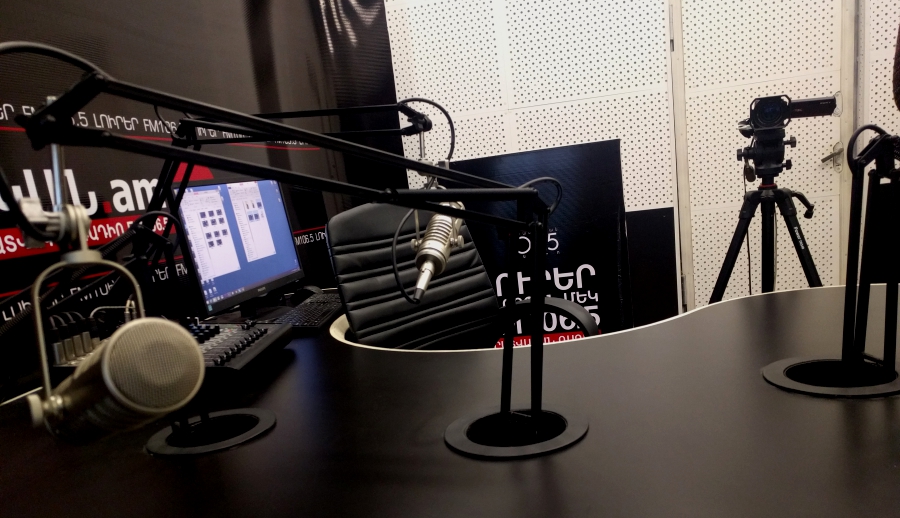 Media outlets are searching for new business models. These are turbulent times, there are so many different ways information travels, and sometimes these ways contradict each other and are quickly consumed. Funding is the basis for media viability because those who pay the media usually dictate the agenda. The media, however, wants to dictate their own agenda.

In these circumstances, the media’s instinctive desire to retain financial independence is similar to one’s desire save face. In Armenia many media outlets don’t have transparent funding, therefore their choice of topics and priorities are not transparent either.

“Anybody working in the media, who writes voicing their opinion, needs to know where the money comes from. If reporters understand where the money is coming from, they will understand why it is given to them. Although our employees don’t get high salaries, they clearly know why they get it. They also know that tomorrow they won’t be forced to sing a praise for an oligarch,” says David Khumaryan, the deputy director of Lravtakan Radio.

According to him, the financial flows are generated by advertising, other media services (such as rebroadcasting) and for the last three months subscription.

Lratvakan Radio is an example of talk radio show with about a dozen employees producing news 15 authored news program. We don’t hold heated debates, it’s more like conversations, during which announcers, where we don’t  interrupt and object to the guests. “If we’re inviting a guest that means we value the guest’s opinion. This is a matter of approach,” says David.

Lravtakan Radio’s approach is the following: if there are 100 people who find the platform interesting, let these 100 people pay and we will work for them.

In the Armenian media industry, this is the first successful example of subscription, which goes to show the audience is willing to pay for content.

“It is clear to us that tomorrow’s media is paid media. If nothing in this world is free, the information cannot be free either. Information is a product which is paid for by someone. If you are not paying, somebody else is doing it for you. The whole idea behind paid content is for subscribers to support the media,” says Program Director at Lratvakan Radio Garegin Khumaryan.

In November 2016, Lratvakan Radio closed off a section of its web content making it available to paid subscribers only. It can only be viewed by paying a certain amount. The amount is not large (220 drams per day, 1000 drams per month). The radio continues to remain free, but one needs to pay for the apps.

“In fact, we are not selling programs, but one of the ways they are consumed. The subscribers pay us for consuming content at a suitable time on a suitable device and in a suitable format. It’s not the content we sell but the mode of consumption,” adds David Khumaryan.

Lratvakan Radio programs have audio and video versions, there is also an option to download them. It’s decided beforehand which programs will be free and which will be a part of the paid package. Short announcements are made so the audience can choose if it is worth watching or not. That way the media is trying to retain finances and audience. 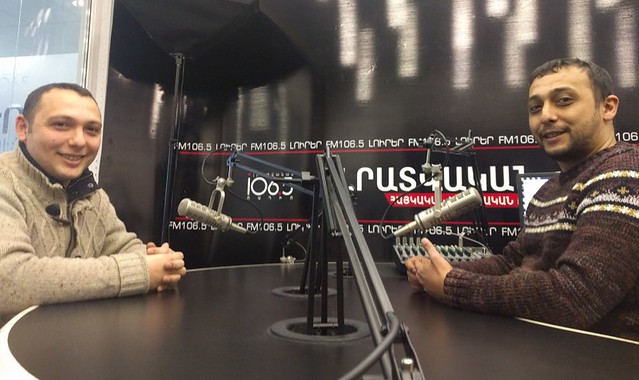 “Many people in the Armenian media field seem to think the media works based on B2B (business to business) model. In other words, the media is handed over to another business, an oligarch, a politician, maybe to a good company or a person. We believe that for the media B2C (business to consumer) model is important, where nobody should be paying for media products, not oligarchs, not politicians, not the governments, not anybody who wants to be in power. A consumer should pay for a media product. And they should do so only when they need that product,” says David.

Lratvakan Radio is not in a rush to publish the number of subscribers but they are happy with the steady growth. For non-Armenians, the fees will vary. “The new generation of Diasporans and for our compatriots living abroad, the content will be translated into English and Russian. In this case, the fees will increase by two or three times,” says Garegin.

Interestingly, many customers are willing to pay for audio instead of video content.

“At first we thought that after strengthening the visual, we won’t need audio content anymore. But we realized that the audience wants to listen to our materials instead of watching them. That’s convenient, easy and cheaper (no need to download and pay for more expensive and faster communication). Audio allows receiving the information and simultaneously doing your main job,” says Garegin Khumaryan.

Radio is not retro, it’s modern

In the media industry that is oversaturated with images, radio gets another chance to gather a momentum. The retro is fashionable. In the absence of an image allows us to use imagination.

David Khumaryan has a more solid explanation. He believes that radio is only a way by which the content (audio and video) is delivered to the audience.

“The radio was considered retro when Armenia gained independence and the media became a business. Content production ceased to be a profitable business because copyright laws weren’t being enforced. Media executives decided it was better to steal music, broadcast it and not pay for it than to produce their own shows. As a result, there was an increase in music radio stations and talk radio shows practically disappeared.”

He mentions that the company’s product is not a startup invention. “If you are not a consumer of Lratvakan Radio’s audio content, you would hardly subscribe to it. Our target is an already established audience to whom we offer yet another service, in this case, it’s paid,” says David.

The managers at Lratvakan Radio claim without hesitation that they have the best audience in Armenia, with whom they keep in touch and are willing to discuss various issues. “I even have an impression that if we switch our audience with our speakers we wouldn’t lose much of the content,” says David.

It’s very difficult to find a media outlet in Armenia that has outlined a development plan for the next few years.

“Because we live in a country that from the beginning has found itself in insurmountable circumstances (it’s as if we’re in force majeure situation from day one), we have to resist and make quick decisions. Subscription is a way to diversify the risks. And if in the near future the advertising market collapses (and we see signs of it) we will be able to survive,” says Garegin.

At the radio broadcasts, we always remind people. “A subscription fee is a guarantee of our financial freedom and the freedom of expression.”

Sure, it sounds a bit pathetic and self-confident, but managers at Lratvakan Radio don’t see an alternative. “Let’s speak the truth, no one threatens the media now. And if you do not want to sell your free speech, you will have your free speech. It’s not that our media is not free, it is purchased,” says David Khumaryan.

A subscription is a tool to reduce dependency on advertising market and to rely on an albeit smaller but familiar audience, which helps you to speak up and be heard.