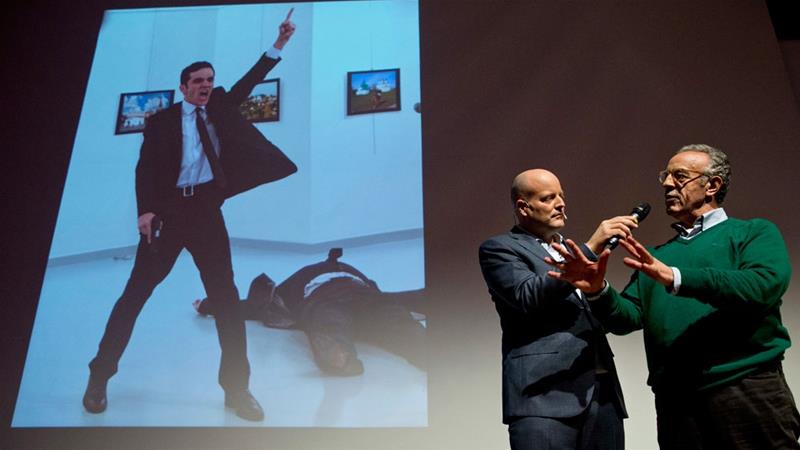 The Turkish photographer is the author of the famous photo series showing the assassination of the Russian Ambassador in Turkey Andrey Karlov. The photos that won the first prize pictures the Turkish assassin standing over the body of the ambassador holding a gun in his raised hand.

In Long-term Projects category, Russian Valeriy Melnikov Photo Black Days of Ukraine was recognized as the winner. The photo which shows Lugansk residents escaping a fire in their house destroyed by bombing.

In Nature stories category, Brent Stirton (Getty Images) won the first prize with his photo called Rhino Wars. The photo pictures a volunteer of Care For Wild Africa hugging a rhino, whose mother was killed poachers.

The World Press Photo Foundation is an independent, non-profit organization based in Amsterdam, the Netherlands. The foundation was founded in 1955. It organizes one of the most prestigious awards in photojournalism and multimedia storytelling.

The award ceremony takes place in Amsterdam. After the award, the winning photos are assembled into an exhibition that travels to 45 countries and is seen by more than 4 million people each year.

In addition to Photo of the Year category, there are other categories such as Spot News, Sports, People, Daily Life and Contemporary Issues.