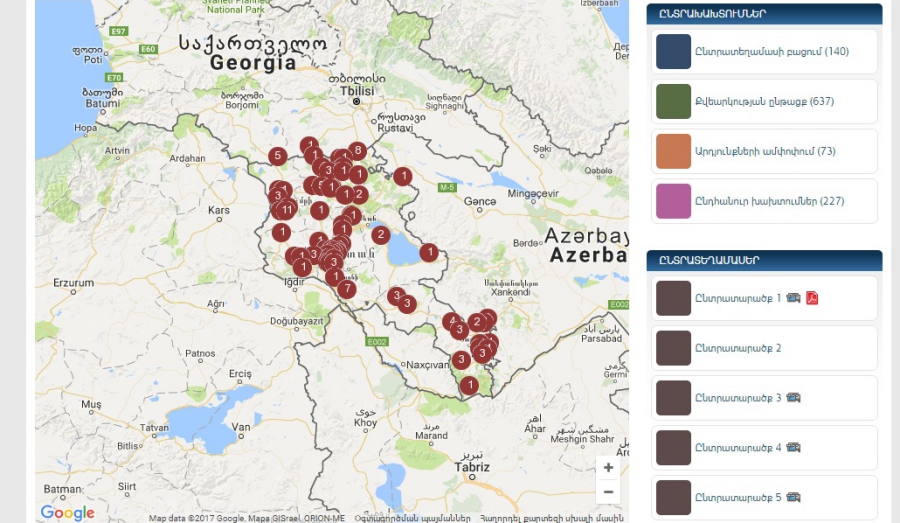 At the upcoming parliamentary elections on April 2, an Internet map of violations reported at polling stations will be available again. The Citizen Observer Initiative will try to expand the number and the geography of their observers.

The Citizen Observer Initiative, that has been implementing public monitoring over the election process since 2013, this time around has a goal to have observers at all polling stations nationwide.

According to the head of Electoral Programming at Transparency International Anticorruption Center Armen Grigoryan, if in 2015 they managed to mobilize about 1,000 observers for the constitutional referendum, this time around they plan to recruit 4,000 observers: 3500 from Armenia and the remaining 500 from the Diaspora.

Which tools will observers use?

The Citizen Observer platform is for the registration of prospective observers. After their registration, they will undergo a special training. Registration will continue until March 5.

Armen Grigoryan can tell that citizens are becoming more active. “At this moment we already have more than 1,500 registered citizens. I think we will be able to provide the expected number of observers since we are cooperating with a number of non-governmental organizations and individuals,” says Grigoryan.

Unlike the citizens of Armenia, Diasporans who for whatever reason cannot participate in the training will glean relevant information on the electoral process through video and other materials.

Armen Grigoryan says that they are going to widely use social media. Facebook will be the primary platform for spreading the information on election violations. The information will also be posted on Twitter and Youtube.

Citizenobserver.am website will be active again, where citizens will have an opportunity to see all the violations on the map.

It operates based on Ushahidi crowdsourcing platform. The SMS sent by observers, just like during previous elections, would appear on the map. The map will show where each violation occurred.

These are three main tools that the Citizen Observer Initiative uses at every election.

Who would they work with the media?

According to Armen Sargsyan, nothing will change when it comes to working with media; they will regularly update journalists on violations, as well as keep an eye out for their posts.

“If we see a violation reported by the media, we get in touch with our observers at the same precinct and guide them so they follow up on the issue,” says Armen Grigoryan.
By the way, according to Grigoryan, public observers work together with journalists also at the polling stations.