A Shift in TV Series: From Latin American to Indian 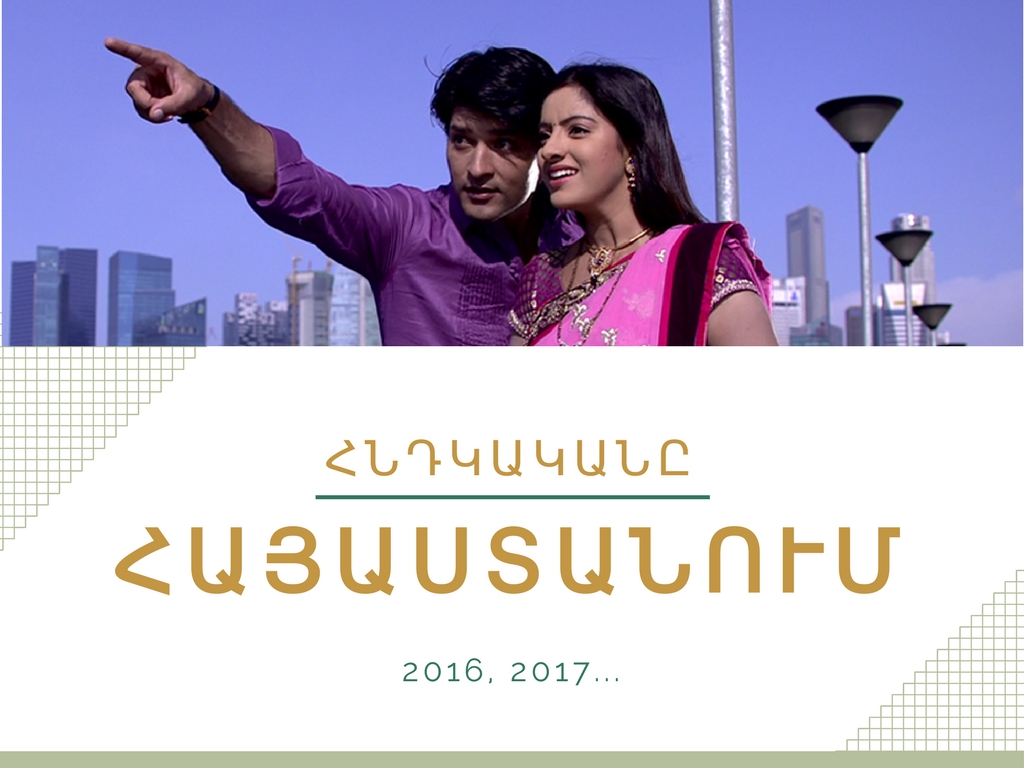 Even if you don’t watch TV series, you’ve heard of Ichcha, Chakori, and other heroes of the screen. Your television will have relayed to your ears the sounds of traditional Indian music; they are now part of Armenia’s television broadcasts.

Three major Armenian TV networks have been broadcasting Indian telenovelas since the fall of 2016.

Indian television shows are broadcast mainly as prime time products, which is a testament to their high television ratings and competitiveness. Shant’s Denial airs at 20:45 – 15 minutes later, at 21:00, the Armenia channel airs What Shall This Love Be Named?

We interviewed public relations executives at Shant TV and PanArmenian Media Group about the prospects of Indian telenovelas and their broadcast on Armenian television networks.

–  This isn’t a new trend; Indian TV series have been broadcast around the world for a while now. This includes European countries and neighboring Georgia. We have only recently entered this stage. Indian telenovelas have great educational potential and contain a number of values whose need are felt today.

– Why are Indian TV series preferred for acquisition? Compared to Latin American TV series, are they cheaper, or vice versa?

– Latin American TV series have largely run out of steam, and we can say that Indian TV series now enjoy a much greater reputation.

Shant TV was the first to start showing Indian TV series in Armenia. One of the reasons was the incredible success that Denial has enjoyed globally (around 2.5 billion viewers). Indian telenovelas are basically equivalent to Latin American ones in terms of price.

– Shant TV itself is engaged in the production of TV series, and many of its endeavors over the years have gotten high ratings. How much has acquiring the broadcasting rights to Indian TV series affected your own filmmaking, and what proportion of your own TV series were replaced by Indian films and TV series?

– Acquiring the broadcasting rights to Indian TV series hasn’t in any way affected our own filmmaking, and Shant is soon presenting its viewers with a new self-produced TV show.
The Indian television shows are taking airtime at the expense of the Latin American shows.

– From a financial perspective, what’s more advantageous: producing shows, or buying the Indian ones?

– There are reports that some TV series consist of several thousand episodes. How many episodes is Denial divided into, and until when is it airing?

– Denial is divided into about 1500 episodes; however, the number of days it airs over may vary, based on how many many episodes are aired daily.

– Are negotiations underway to purchase a new Indian TV series? If yes, then with which company, which TV series, and when would it air?

– Time will tell whether we have the need for a second or third Indian TV show or not.

“Armenia TV and ATV have been airing high-rated programs and TV series for years, which have enjoyed much adoration from viewers. We’re talking about locally produced TV series, and acquiring the rights to broadcast and screen foreign TV series”.

“… Armenia TV and ATV show multiple different formats of programs, from political talks to in-house drama series, which are the most viewed and highest rated in the media industry.

“Indian TV series are no exception: they have high ratings in many countries around the world. Armenia TV airs two Indian shows, What Shall This Love Be Named? and Flight. And one TV series, Women’s Strength, is aired by ATV.

“What Shall This Love Be Named?, in particular, has seized the world by storm, drawing the top 10 largest crowds among Indian TV series in its last years of production.