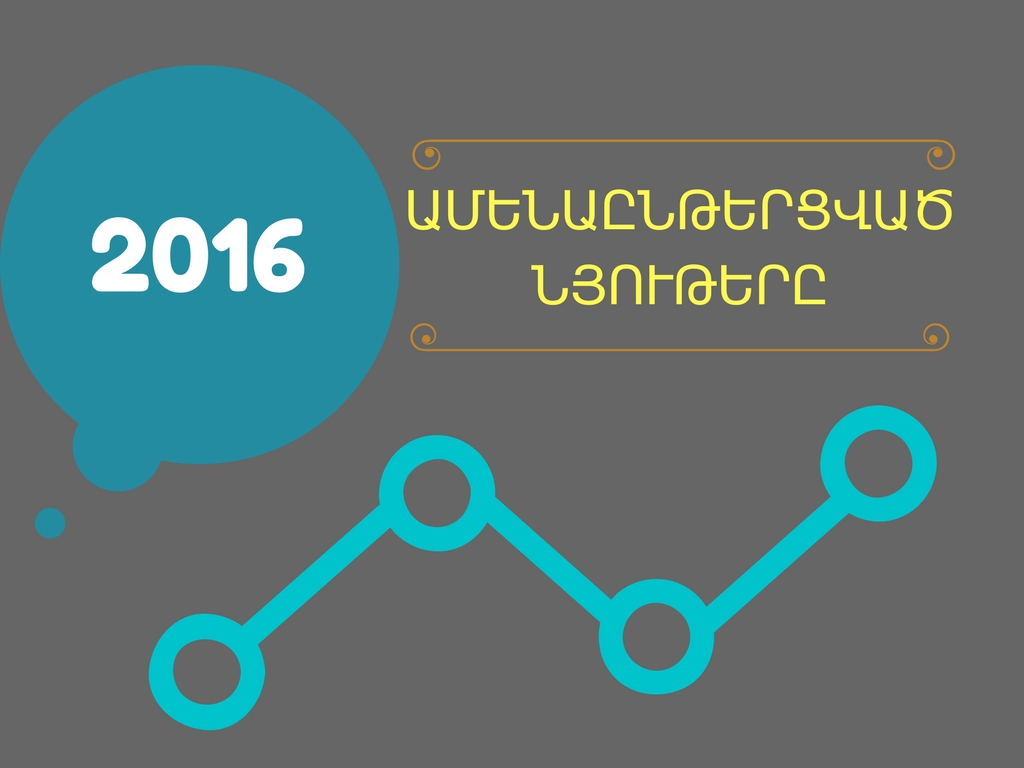 The April war and the siege of the police station by the armed group “Daredevils of Sassoun” were the two most significant events of 2016, and they got the most views on online media platforms.

Judging by internal monitoring data, the army, Artsakh security, and internal issues remain among the most sensitive topics for an Armenian media user. On the other hand, with Hetq.am, three out of five most popular articles related to investigations.

Most of the websites also provided their youtube channel statistics. The data shows that live broadcasts on the armed group’s takeover of the police station and the events that followed, as well political interviews on these topics were the most popular among the Armenian audience.

For example, A1plus youtube channel’s top 5 most viewed videos, without exception, were following events on Khorenatsi street. These were live broadcasts from the ground from July 20 to 26.

The most viewed videos from Civilnet youtube channel were again live broadcasts from the ground during the armed group’s siege of the police station.

Other political events were at the center of attention for viewers of Aravot.