Old and New Problems of Advertising Market in Armenia: Report 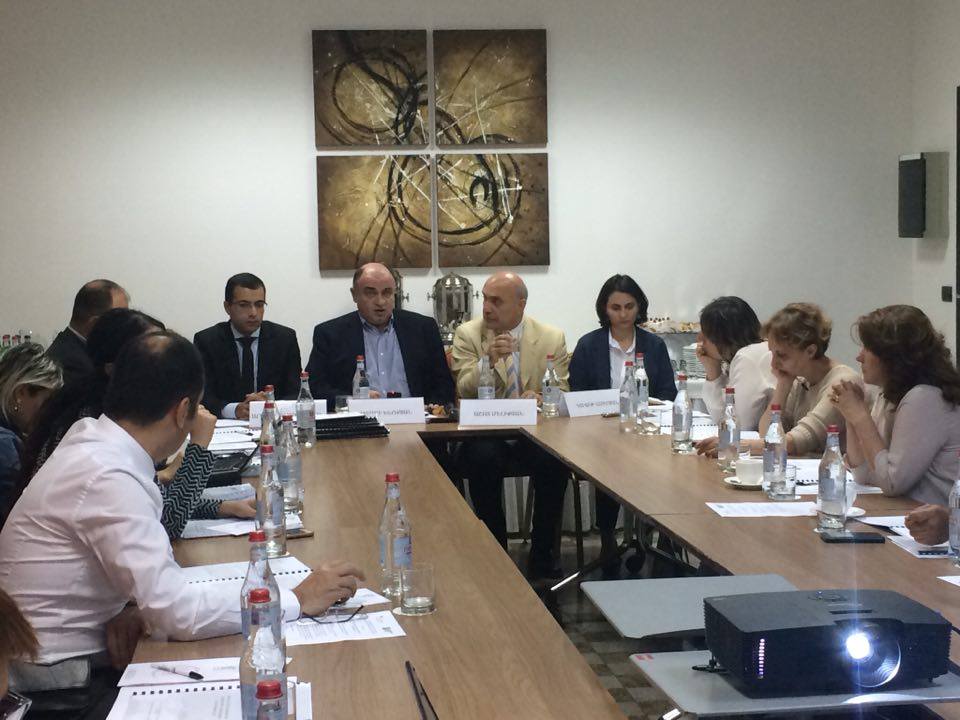 Challenging the dominant position at SCPEC

Head of the Armenian Center for National and International Studies Aghasi Yenokyan on July 16 submitted two applications to head of the State Commission for the Protection of Economic Competition (SCPEC) Artak Shaboyan. He is alerting the state body to the possible dominant positions of the company Media International Service in the television advertising market, and the company DG Sales in the online advertising market.

Head of the Administrative Proceedings Division of the Commission’s Legal Department Arsen Hovhannisyan said that hearings and discussions have been organized concerning this matter, where representatives of these companies were present. The Commission has not yet made a decision.

From January to May 2016, the Armenian Center for National and International Studies studied the television, radio, and online advertising markets in Armenia (among the urban population).

Yenokyan’s authored report was presented at the roundtable convened on Sept. 29 by the Committee to Protect Freedom of Expression. According to the report, Media International Service (a sales house; an advertising intermediary, so to speak) commands 74% of the TV stations’ gross budgets. That is to say, 5 of the 13 TV stations (Armenia TV, Shant TV, ATV, ArmNews, and Yerkir Media).

In Yenokyan’s opinion, the company lures advertisers with flexible discounts to price lists, which is a serious means to achieve a dominant position in the market. “For example, it applies a discount of up to 35% to broadcast an ad on just those contracted TV stations.”

Three of the five TV stations that it’s signed on (Armenia TV, Shant TV, and ATV) are the most watched channels. And in that case, advertisers “won’t include other TV channels in their packages, or they’ll resort to other cunning tactics to place ads on the other TV channels.”

“The radio stations are not in a good situation; they’re not doing well,” said Yenokyan, explaining that the radio advertising market is not big and roughly comprises only 6.5% of the TV market (on average, about 7 million AMD [about $14,750 USD] per month for each radio station and without discounts): “That’s why no attempts were made to monopolize it… the study showed that there are no players with a dominant position in the radio advertising market.”

The report author’s conclusion is that the radio advertising market is relatively independent and competitive.

In the report author’s opinion, though the online advertising market is developing quite dynamically, the market’s “participants are financially weak; they don’t have the necessary marketing skills.”

In 2015, the company DG Sales began to buy exclusive rights to placing ads on certain online platforms and declared itself to be a sales house. The company, according to the report, now has the exclusive right to place ads on the news and analysis sites with the highest ratings: News.am, Tert.am, Lragir.am, PanArmenian.net.

The study found that this company has gradually expanded its volume of commanding the budgets in the online advertising market — from 28.7% in January 2016 to 41.3% in May of the same year. This last indicator, explains Yenokyan, “is obviously considered a dominant position.”

Apart from proving the existence of “players having a dominant position” in the market, the report author notes that in the TV advertising market there is “a lack of trust toward companies that measure audience ratings,” while “the presence of advertising market participants restricts the independence of media outlets.”

Yenokyan suggests to submit the activities of the audience measurement rating company Admosphere Armenia to an independent audit, from a methodology standpoint; create an advertising industry committee corresponding to international standards; and conduct a future study of the advertising market, to determine the possible interrelationship between PanArmenian Media Group, Admosphere Armenia, and Media International Service. Changes are proposed to the Laws on Mass Media, Television and Radio Broadcasting, and Advertising.