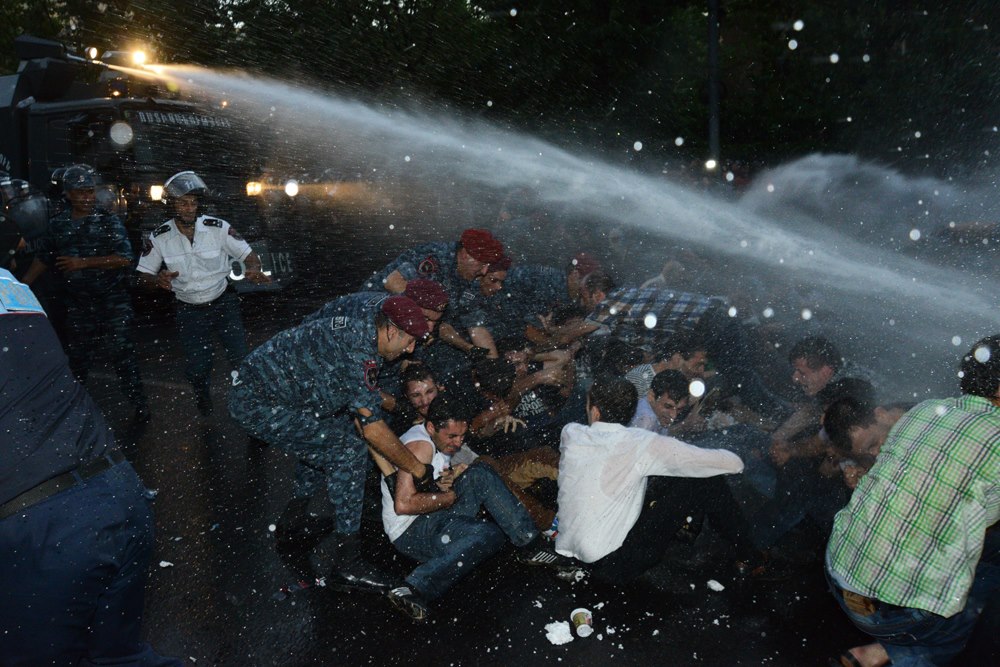 The trial of the four police officers who are accused of obstructing journalists’ professional activities (one of whom is also accused of willful destruction of property) by abusing their official position is set for October 10 at 10 am.

The Court of General Jurisdiction of Kentron and Nork-Marash Administrative Districts of Yerevan made the decision to postpone the court date, as the accused was not in court on the original court date of September 24. (Judge Arshak Vardanyan notified the court that the absence is valid, since the accused is participating in training courses.)

“We have a problem of examining the case in a reasonable timeframe,” said the judge, while the duration of the delay was explained by the fact that defendant’s lawyer will be going on vacation and will need time to get acquainted with the case.

Judge Vardanyan also said that the accused — Tachat Noratunkyan, Artur Ayvazyan, Kostan Budaghyan, and Davit Perikhanyan — admitted their guilt during the investigation. Also said was that attorney Tigran Galstyan will defend the interests of all four defendants in court, and attorney Davit Gyurjinyan, the interests of two of the injured parties.

Of the injured party journalists, only Photolure correspondent Hayk Badalyan was present in court.

Also noted in the case is that Perikhanyan damaged the Canon digital camera in Boyajyan’s possession (a property damage of 485,000 AMD [$1,024]) and the Samsung Galaxy smartphone in Papyan’s possession (in both cases, the device belonged to their employers).