The “Yes” of Armenia’s Independence, Which Archived Reality 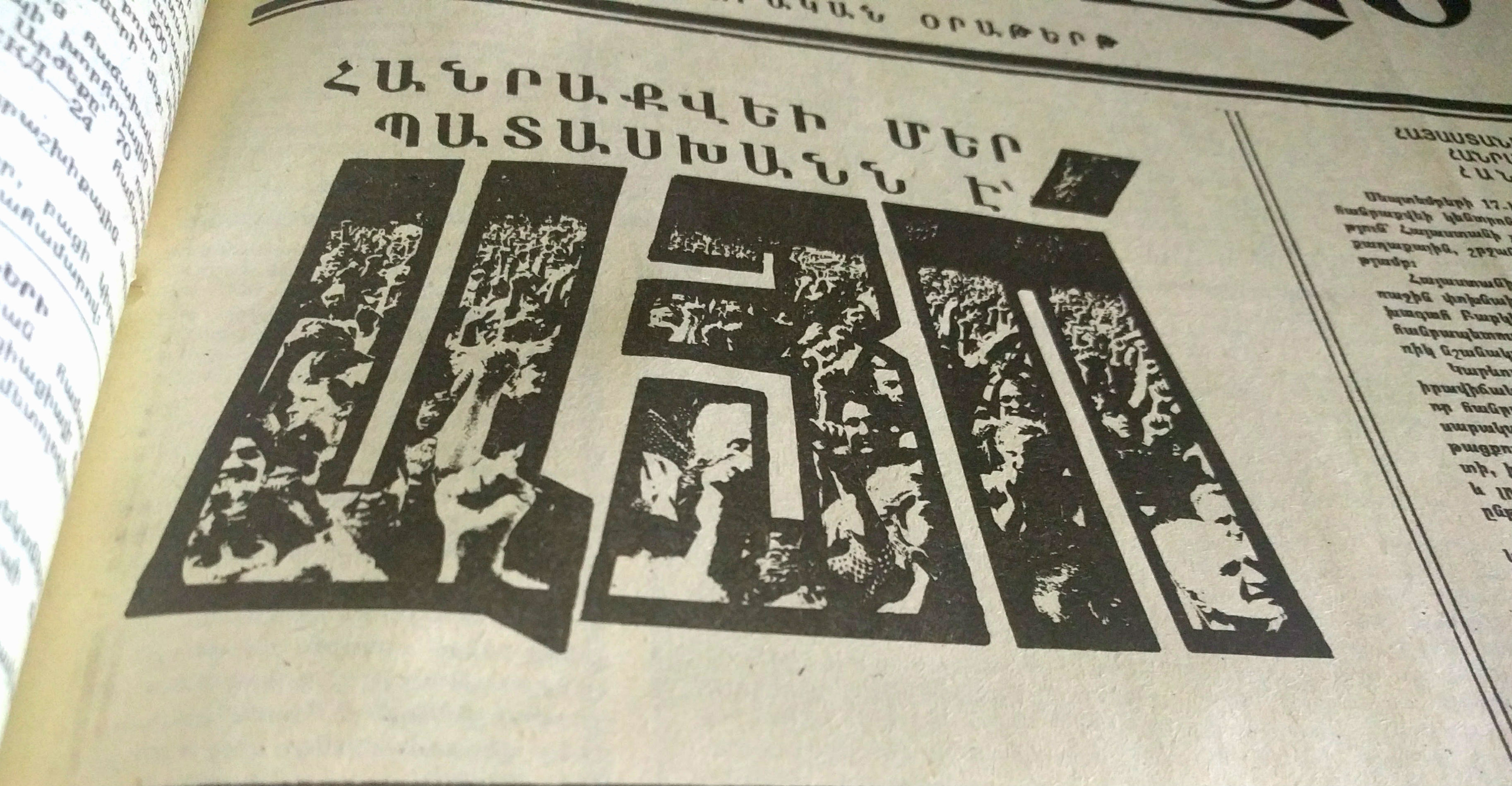 On Sept. 21, 1991, Armenia declared itself an independent, free, and sovereign republic. As a result of the referendum, more than 99% of eligible voters voted to leave the USSR.

Independence was a natural fact, which not only had itself become ripe, but also was actively preached from all public platforms. Up to the referendum, the desire to say “Yes” and get rid of the Soviet past was repeatedly expressed on the pages of the media.

Almost all the newspapers printed a copy of the referendum ballot in their September 1991 issues. And on that specimen, of the two answers to the question “Do you agree that the Republic of Armenia should be an independent democratic state outside of the USSR?” the “No” was crossed out (as below).

No one even imagined that you could vote against independence, especially since the Soviet Union was already living in agony. And progress was only “Yes”.

Hayastan newspaper (formerly, Sovetakan Hayastany) on Sept. 10 reminded its readers that gone is the time when Armenia was Soviet.

While on the front page of the Sept. 20 issue, it printed an article with the headline “Road to the 21st Century”.

During those days, Yerekoyan Yerevan newspaper worked quite vigorously, preaching to say only “Yes” to independence.

In the article below, Avant-garde reminds its readers “Definitely ‘Yes’.”

Leaving a vivid and memorable trace were also the visual designs and caricatures.

Armenia was freed from its Soviet chains in the image in Yerekoyan Yerevan below.