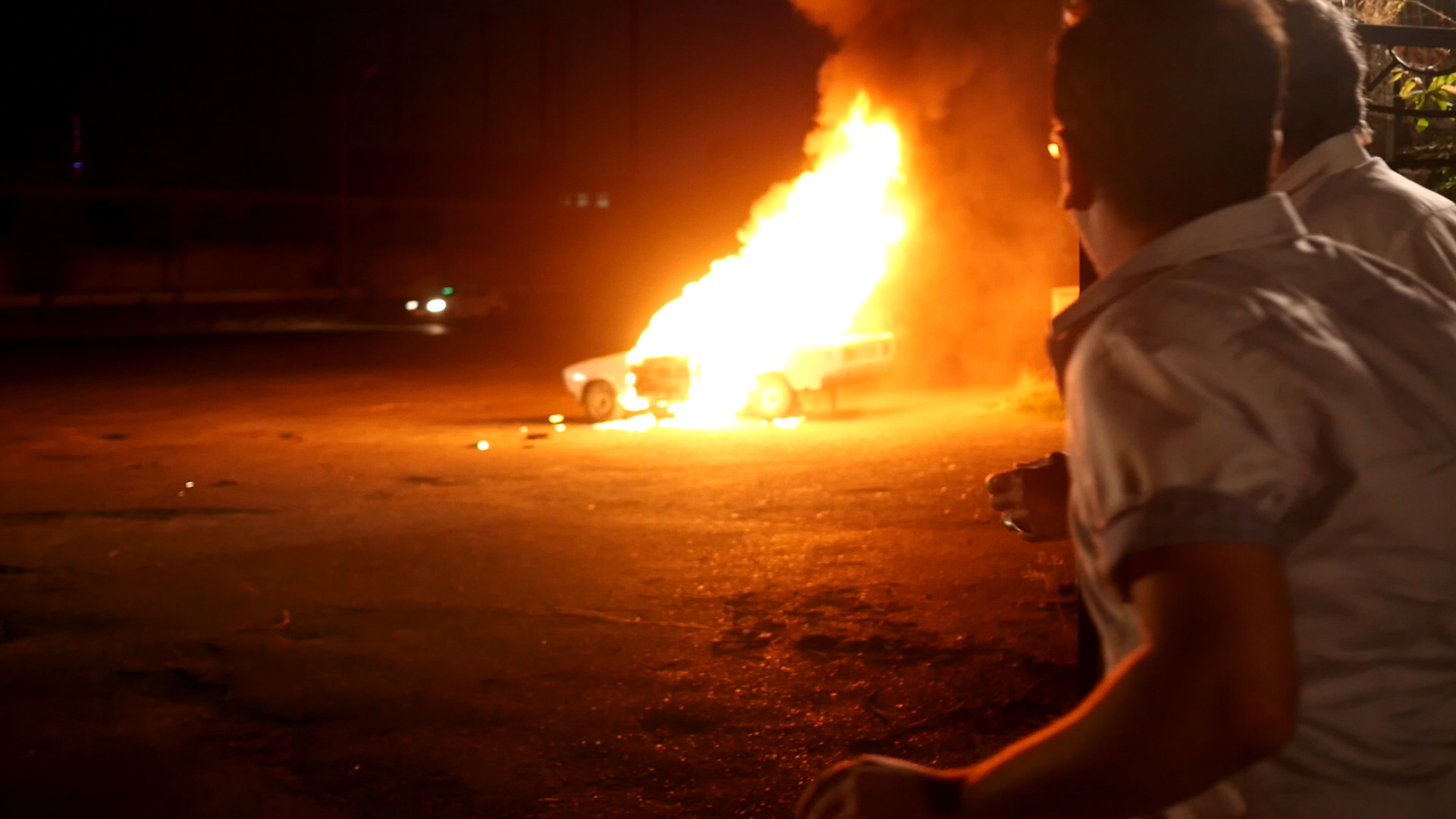 Soon the website lragroghner.am will be live, but it will shut down after one season, going live again for the next season… And it will be accessed not through cyberspace but through television airwaves. The site is simply the “main scene of the action” of the new Yerkir Media TV series Lragroghnery [“journalists”] where four reporters and a chief editor work — all non-partisan. The first part of the 12-part series will begin airing on Sept. 19 (Monday to Friday). With parallel (that is, independent of one another) story lines but with the same characters, the script of the second part of the TV series is already ready.

The director is Karen Kocharyan; the second director, Artur Papyan; camera operator, Hakob Karanfilyan; and the other camera operator, Artur Ordoyan. The screenwriter is Diana Mardanyan (“and friends” can be added). In the role of chief editor Martirosyan is Artur Karapetyan; the journalists will be played by Samvel Gevorgyan, Ruzanna Harutyunyan (host of the program Barev Yerkir), Viktorya Harutyunyan, and Ishkhan Zakaryan. Sevak Santrosyan plays the role of businessman Viktor, who has decided to break the stereotype that there’s no monopoly in Armenia.

The budget of the TV series is not disclosed. “We are funded through the TV company’s advertising and classifieds revenues, and that’s quite a large sum for us,” Yerkir Media Director Davit Hakobyan told Media.am.

In recent months, there had been attempts on social media to discredit journalists and journalism — did Yerkir Media perhaps conceive the idea for this show to shape an opposing opinion? “Frankly, no. As with all people, so too among journalists, there is the good and the bad. In the film, we neither idolize nor discredit journalists, but depict them in various situations.”

As Hakobyan says, there aren’t specific prototypical characters in the show, though there may be some coincidences.

Whereas the screenwriter for the second, not yet filmed series, Armen Mirzoyan, confessed: “The part that I wrote, I had in mind certain prototypes for all the characters, and not as combined characteristics, but specific people. But I won’t say who they are.”

Incidentally, Mirzoyan began his career as a journalist, at Mayr Hayreniq [“Motherland”] TV. He worked also at Yerkir Media and at other TV stations, “then moved on to films.”

Regardless of whether the people the characters are based on will be revealed or certain journalists and editors will see themselves in the show or not, real editors will make cameo appearances.

“We create the skeleton of the script, then the screenwriters continue — love stories, family stories, which they write well. But the goings-on in the newsroom, the part about relations, we censor… No, you misunderstood ‘censorship’; I’m talking purely about professional adjustments so that there isn’t anything absurd or unimaginable.”

The creative team behind Lragroghnery intends to surpass Armenian TV dramas with its artistic qualities, to achieve that which “doesn’t yet exist in this Armenian market.” Second director Artur Papyan says that the benchmark is also the “baggage” received from the best TV series in the international market.

The trailer, however, depicts scenes that pay tribute to the mass market; for example, criminal elements and so on. Aren’t they worried that this might not give them the quality they want? “The trailer is two minutes; the film, 12 episodes. We’ve tried in all the episodes to maintain the dynamic rhythm so TV viewers won’t tire of the characters, the characters have something to say, play, developments, so that there won’t be a static shot. All the shots speak and breathe. And every part of the 12 episodes is going to have a beginning, culmination, and end; in every episode, the subject matter is going to develop in several directions.”

What are they most afraid of regarding this series? Papyan said, “There’s no fear, only worry that we will be able to get what we want to all segments of the TV audience.”

No doubt there will be criticism, since they’ve dared to depict the most critical group, journalists. Are they ready for it?

“Clearly, every journalist will try to see themselves; one might say the journalist’s character is not how we depicted it. We’re ready for everything.”

Playing the role of journalist Azat who comes to Yerevan from a village to work, Samvel Gevorgyan knows he’ll be the target of criticism of many journalists, and he’s ready to accept the gauntlet, if it is thrown down by a professional hand.

Yes, Samvel has many disagreements with his character, since “if you don’t, you won’t create while shaping the role. My Azat doesn’t have the villager’s (in a good sense) pertinaciousness, honest-mindedness. I’m trying to get to the point to emanate from inside me, to be my soul’s calling.”

Samvel has had opportunities to interact with journalists in the past, both as an actor and having journalist friends. “The journalist type is a very complex type: both similar to and completely different from us actor types.”

– Every journalist is probably also a little bit of an actor, right?
– Without the “also” — one doesn’t occur without the other.
– Is acting greater in journalists or in actors?
– Of course journalists. And if there are actors inside whom there is a lot of acting, I just feel sorry for them.
– Do you consider acting in a journalist a positive thing?
– Naturally. If there isn’t that acting, there won’t be that persistence, there won’t be that enthusiasm, which is very useful for a journalist. I’m not talking about the writers [who write] to collect “likes”.
– Do you speak proper or conversational Armenian in the show?
– Mostly we speak properly, but there are situations when speaking as you would write would sound fake, artificial. But neither do we go to the other extreme, speaking only colloquially.

And finally, the burning question of mass audiences, to screenwriter Armen Mirzoyan: do the girl or the boy die at the end? “All the girls or boys are alive at the end.”