Not Even Use of Force Can Suspend the News 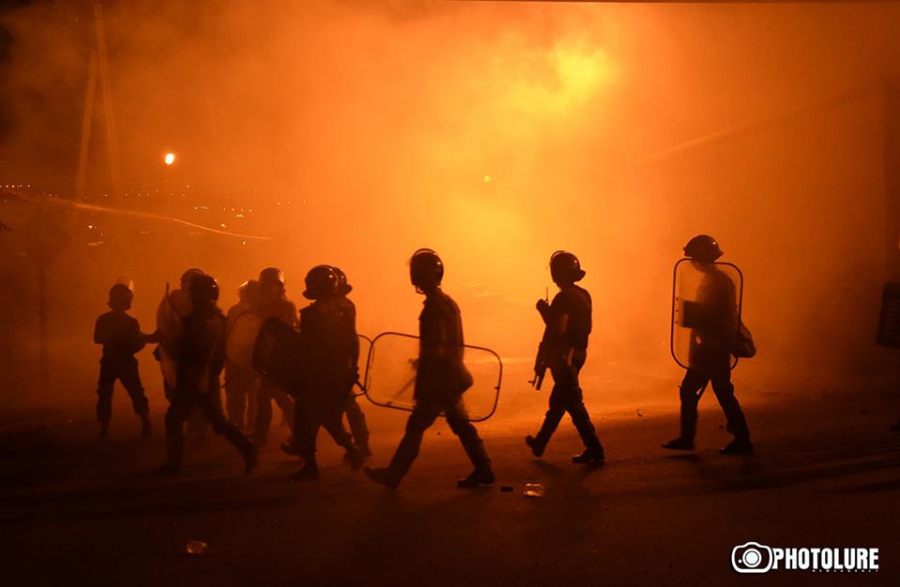 “In the current situation we find it meaningless to demand anything from the police and other law enforcement bodies, and we reserve the right to appeal to other lawful means of the protection of journalists’ interests,” reads a statement [AM] issued by 11 Armenian media and other organizations in response to attacks on journalists in Yerevan on July 29.

The signatories note that this isn’t the first time when “police officers purposefully attack members of the media, so that the latter won’t be able to disseminate objective information on the acts of violence being committed. On this backdrop, the statement of the police’s public relations and media department that cases of violence against journalists will be investigated at the very least sounds ridiculous. We already know how such incidents of police brutality are ‘investigated.’ A striking example of this are the June 23, 2015 and other similar incidents, which remained unsolved.”

The statement was signed by the Media Initiatives Center [responsible for this site], Committee to Protect Freedom of Expression, Yerevan Press Club, Goris Press Club, Freedom of Information Center of Armenia, and others.

This information is preliminary, the actions were en masse, and the number of those injured might be higher. The physical attacks were accompanied by smashing photo and video camera equipment, destroying the shot footage, and other means of hindering journalistic activity.

A1+ director Mesrop Movsesyan says [AM] that even after multiple injuries, Robert Ananyan is not at all afraid. “He was only in shock. Bleeding, he worked for almost an hour.”

Receiving a shrapnel wound as a result of the clashes, Ananyan, after being moved from ICU to a regular room at St. Gregory the Illuminator Hospital, opined [AM] to his colleagues that the police officers “intentionally threw the percussion grenades in the direction of media representatives.”

“It’s my impression that journalists were targeted, especially those with video cameras,” said the journalist.

Aravot newspaper chief editor Aram Abrahamyan is also convinced [AM] that the violence against journalists was targeted. “The goal was to interrupt the live broadcasts… so that there wouldn’t be photos, video filming, audio recordings, so that their actions wouldn’t be recorded. But that’s not possible to do; this was proven also during Electric Yerevan,” he said at a press conference the next day.

Abrahamyan added that though he doesn’t have proof, he’s inclined to believe that “not police employees, but simply one of the oligarch’s gangs were participating” in those acts of violence.

According to information security expert Samvel Martirosyan, It’s not possible to suspend journalism by prosecuting journalists, since everyone today can convey the news with their phone. “In fact, we today have thousands of journalists who give information from the scene; it’s just that some are not that professional.”