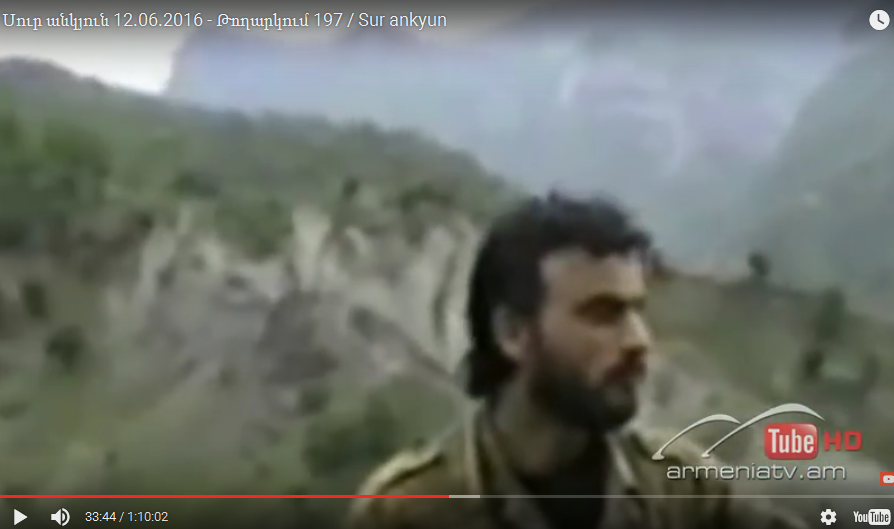 Jirair Sefilian’s lawsuit against Armenia TV and two of its employees was admitted on July 15 for judicial review by the Court of General Jurisdiction of Ajapnyak and Davtashen Administrative Districts of Yerevan. The case, in which Sefilian is asking for compensation for damages to his honor, dignity, and reputation through defamation and insult, rests with Judge Naira Avetisyan.

The first court date is set for October 7.

Sefilian’s attorney, Tigran Hayrapetyan, on July 12 at press conference in Noyan Tapan Press Club informed [AM] the media that “Sefilian is not interested in compensation for moral damages” and their demand is the following: to oblige Armenia TV, its commentator and journalist to apologize to Sefilian and similarly publish a retraction.

The disputed report refers to a segment of the June 12 broadcast of Armenia TV’s Sur Ankyun (“sharp corner”) program, which, according to the attorney, “creates an impression that Jirair Sefilian left his injured soldier alone on the battlefield, not fulfilling his duties as a commander.” The attorney recalled that the authors of the segment didn’t check the accuracy of this information with Sefilian.

Sur Ankyun creator and host Vahe Ghazaryan informed Media.am only that “the legal process has begun; we refrain from [providing] any comments. At the judicial stage, naturally, we will present our viewpoint.” The other defendants in the case are author of the broadcast’s “The Victory Has Many Fathers” reportage Nelly Harutyunyan, as well as Armenia TV CJSC.

According to Hraparak newspaper [AM], prior to being detained, Sefilian appealed to Armenia TV’s General Manager, saying that the broadcast in question “presented a distorted episode, with the intent to sully his honor, dignity, and good reputation.”

Sefilian, the leader of the New Armenia opposition movement, has been behind bars since June 22 on charges of illegally carrying, storing, and transporting weapons and ammunition with a group of other people.