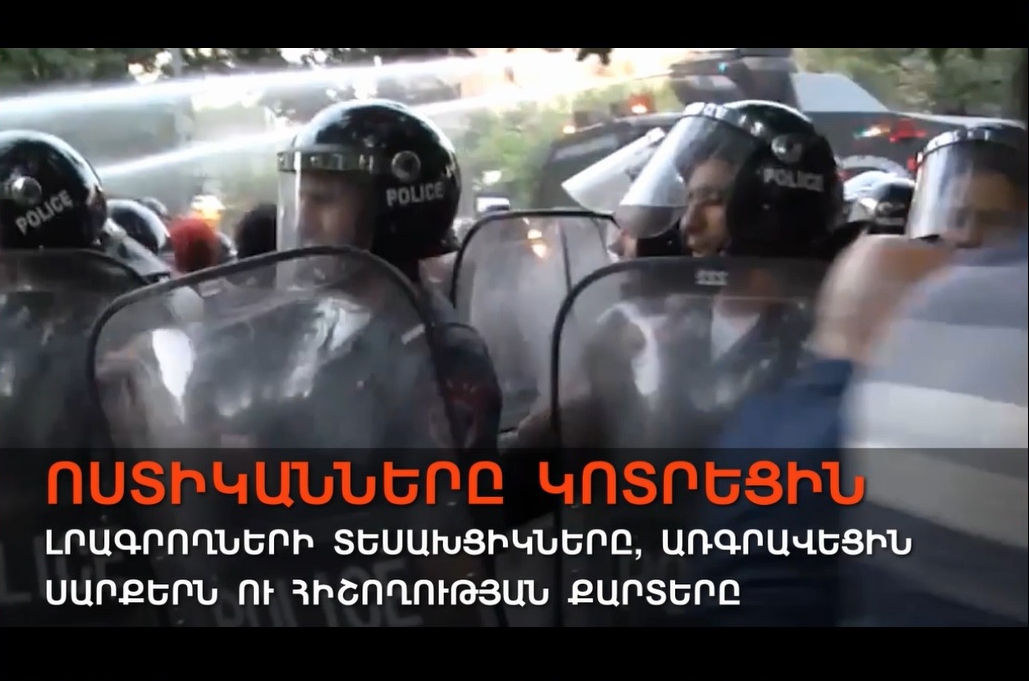 Early in the morning of June 23, 2015, through the use of violence and special measures, police removed from Baghramyan Avenue demonstrators protesting an increase in electricity rates.

246 people were detained, 4 of whom were taken to hospital.

Journalists were targeted: police beat them up, broke their professional equipment, and seized recording devices and memory cards.

The professional activities of 24 journalists were hindered, and there were 13 registered cases of physical violence against journalists.

11 journalists were taken to the police station.

Armenian and international media organizations condemned the violence against journalists and urged the authorities to immediately investigate the incidents.

On July 3, the Special Investigation Service launched criminal proceedings under the following sections:

“Abuse of power”
“Hindering the lawful, professional activities of a journalist”
“Willful destruction or damage of property”

20 journalists were recognized as injured parties, but there are no suspects or accused persons.

The Yerevan-based Committee to Protect Freedom of Expression expressed concern that the case is deliberately being covered up and might be dropped.