History of Digital Switchover in Georgia 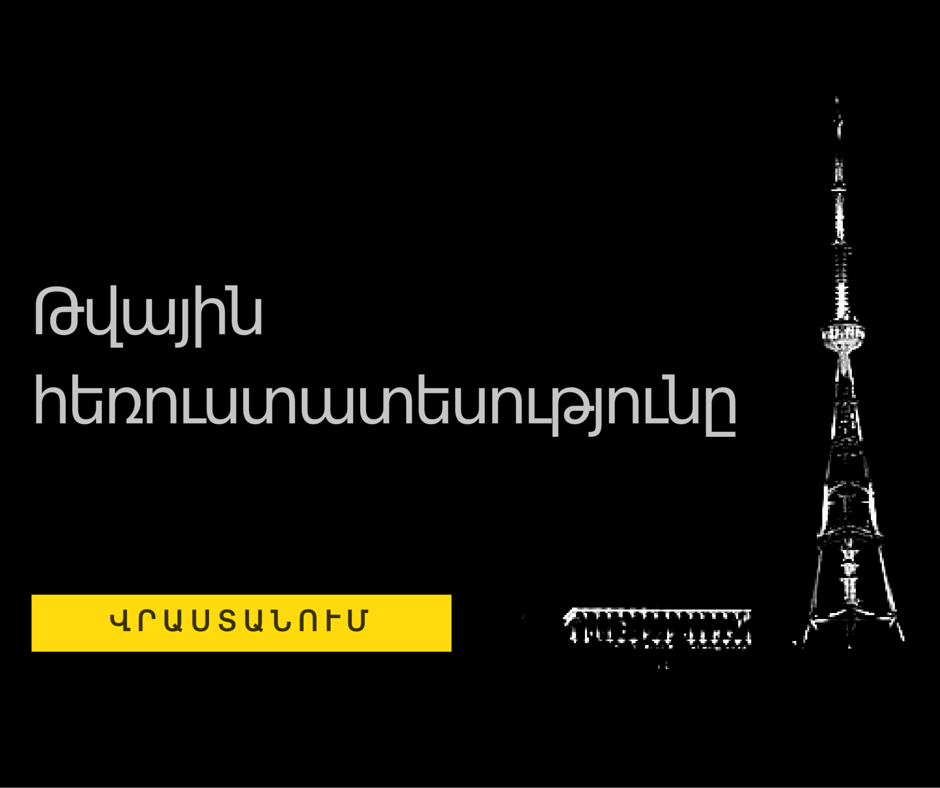 From May 10–14, 2016, the OSCE Office in Yerevan together with the Media Initiatives Center [responsible for this site] organized the study visit “Transition to Digital Broadcasting: Georgia’s Experience”. Representatives of Armenia’s regional TV stations, National Assembly, National Commission on TV and Radio, and the Television and Radio Broadcasting Network of Armenia, as well as the Committee to Protect Freedom of Expression were invited to participate in this visit to Georgia.

The organizers aimed to introduce the experts to the neighboring country’s experience with the transition to digital broadcasting, taking into account the similarity of the markets, geography, and economic situation. Numerous meetings wre held with industry people, professional NGOs, and heads of TV companies.

During the visit, answers to old questions were heard, new questions emerged, and the idea for this series of articles, to be presented by Media.am in the coming weeks, was born.

Special thanks to Georgian Association of Regional Broadcasters (GARB) Executive Director Natia Kuprashvili for supporting the group during its visit.

Georgia shut off analog broadcasting in 2015. During the two months of summer, the country transitioned to digital broadcasting. For Georgia, digitalization provided not only technically high-quality TV programming, but also diversification of the TV market from hereafter. National and regional private multiplexes provided the opportunity for new TV companies to be established.

Instead of the 3 TV channels of the past, 20 channels have nationwide coverage today.

Georgia began the digital switchover process in 2012, but only last year did the work to build the digital network take off. And though on June 17, 2015, the deadline day for analog switch-off, the broadcasting infrastructure was completely ready, broadcasting in the country continued in analog for another month. The reason was the severe flood that hit Tbilisi.

“We shut off the analog signal by broadcasting zone: we began from Tbilisi and every 10 days, we added a new region, completing the process on August 25,” says Jemal Vashakidze, Deputy Head of Communications,  IT and Innovations Department of Georgia’s Ministry of Economic and Sustainable Development. 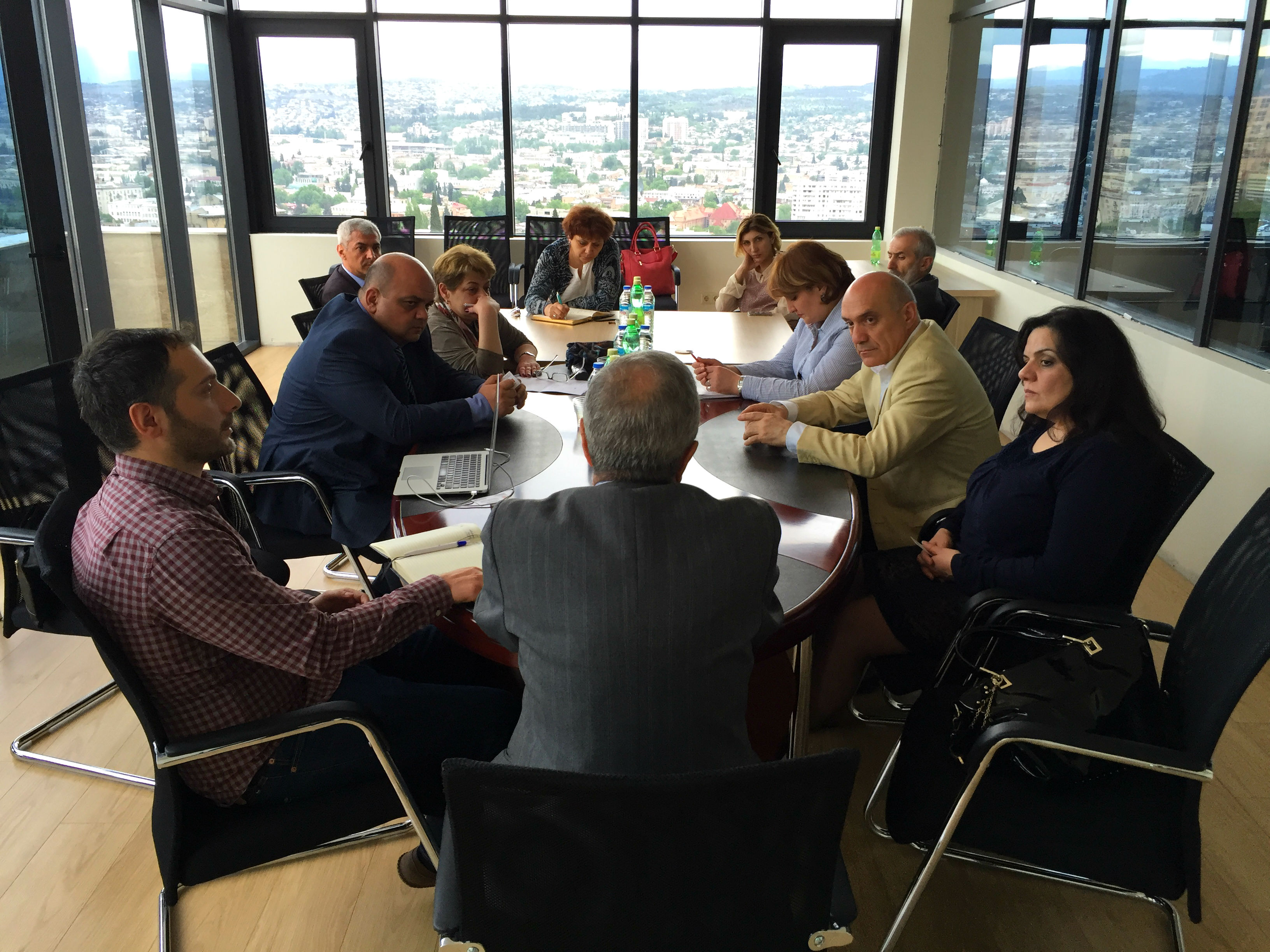 In the digital switchover process, Georgia took the route of synthesizing state and private networks. Today, the country has the option of 7 multiplexes with nationwide coverage, of which only 3 are operating (1 state, 2 private).

Becoming multiplex operators are also 21 regional TV companies, which received a broadcasting license free of charge. Apart from airing their own programming, they can provide the option of broadcasting on their network also to other TV companies.

The regional channels will be broadcast across the country until March 2017.

“Democratic principles required allowing having this many multiplex operators. We’re confident that we made the right decision. The state shouldn’t have any levers that it may use against any broadcaster it doesn’t like. That’s why we provided the opportunity for private multiplexes,” says Vashakidze. 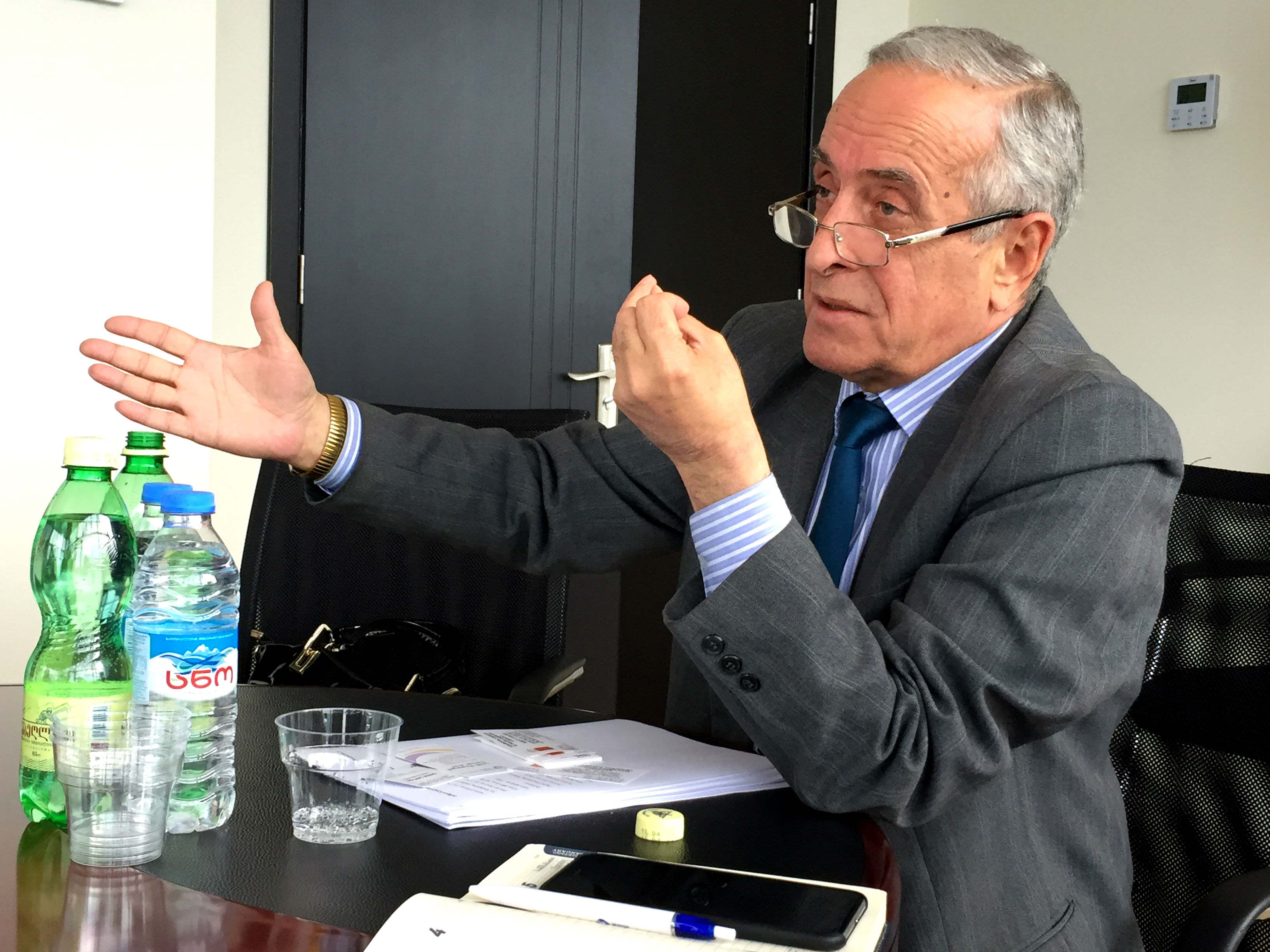 In his opinion, the opportunity to have multiplexes and numerous TV companies may increase the quality of the programs, since it creates a free competitive environment for broadcasters.

On route to transitioning to digital broadcasting, no TV company in Georgia was deprived of broadcast opportunities. All the analog broadcasters continued their work on the digital network. Moreover, the unused portion of the money(corresponding to the period) they paid for a 10-year analog broadasting license was returned to them. Many of the stations used that money for technical upgrades.

In fact, licenses are no longer required for TV companies in Georgia. Only multiplex operators need licenses; that is, only those technically distributing the signal. This wsa practically a revolutionary move. This liberalization was enshrined through a legislative amendment, according to which broadcasters undergo a certification (authorization) procedure.

The existing infrastructure allows creators of new television content to freely broadcast on the digital network: 15 SD (standard definition) or 4–6 HD (high definition) TV channels can be broadcast through one multiplex. The multiplex, according to the law, has no right to arbitrarily refuse airwaves to any TV channel with the option to be on the network.

The licensing body for multiplex operators, the Georgian National Communications Commission, gives preference to the operator that offers the lowest broadcasting price in its application. 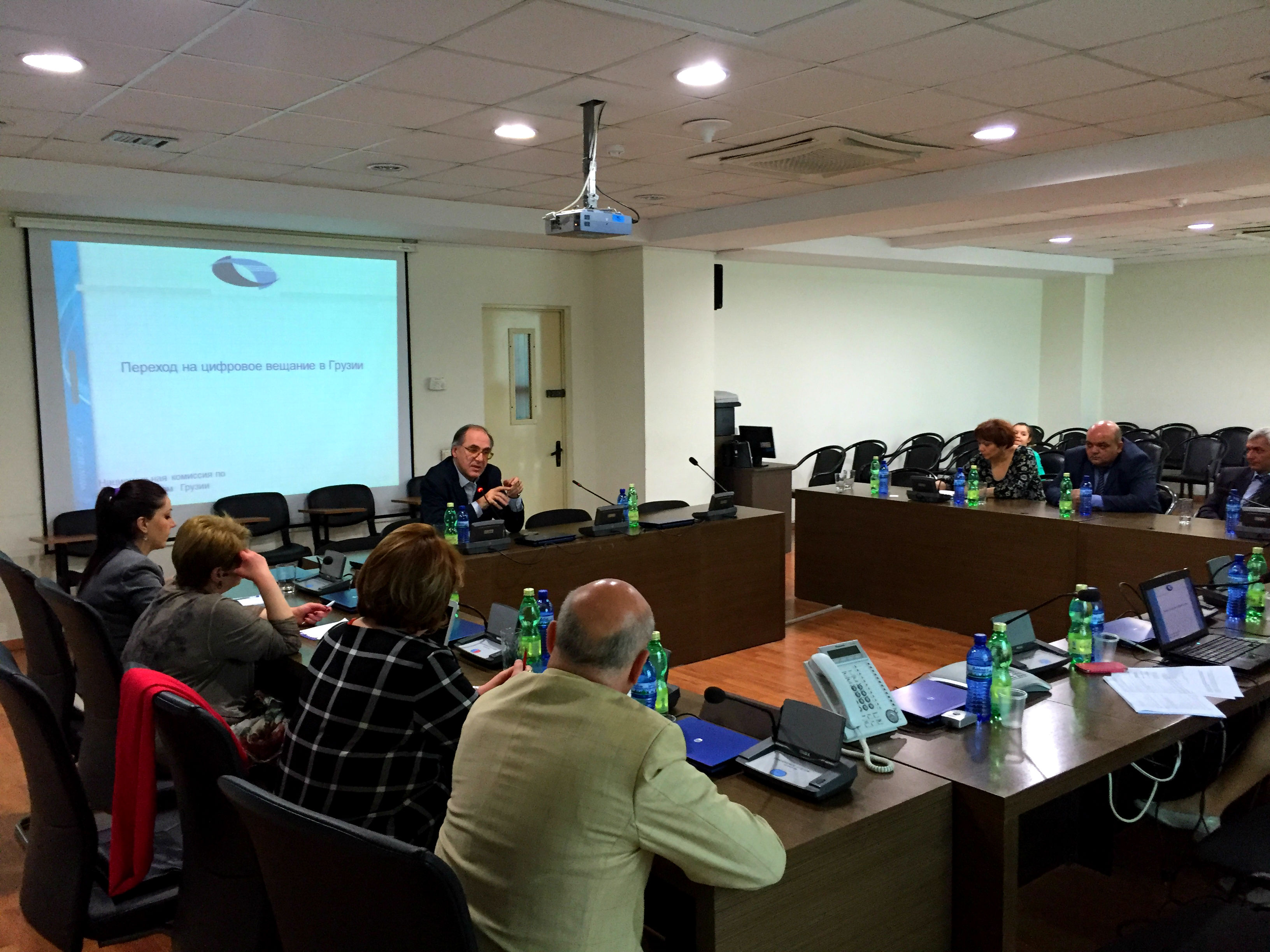 An entity, the Digital Broadcasting Agency, adjunct to the economic ministry was temporarily established to oversee the work connected to digitalization. With the purpose of making the broadcasting infrastructure comply with digital requirements, apart from coordinating and overseeing the state-owned TeleRadio Center, the agency distributed digital converter boxes to low-income families and ran the information campaign.

Round-the-clock hotlines provided information on the converter boxes, their points of sale, and attaching them to TV sets.

NGOs also got involved in the task of informing the public.

Civil society (specifically, IDFI and GARB) and government representatives also met with heads of communities and villages, and mayors, explaining the changes connected to the digital switchover, and the necessary steps tied to connecting and using the converter boxes.

According to some estimates, the unpaid digital converters were distributed to about 220,000 low-income families — about 40% of Georgia’s population.

Digitalization in Georgia was team work: the parties involved in the process (the government, civil society, and international organizations) not only debated and didn’t always immediately agree, but also together developed strategies and laws, as well as overseeing the analog-to-digital transition.

Positive prerequisites were created in the country for this: there had been a change in government, and the new government in its “honeymoon” phase was ready to implement reforms and cooperate with civil society. It’s important to note that the European Bank for Reconstruction and Development (EBRD) financially supported the switchover.

According to the Institute for Development of Freedom of Information (IDFI) experts, the transition to digital broadcasting in Georgia succeeded: it provides media freedom and diversity, and a chance for new players in the market to emerge.