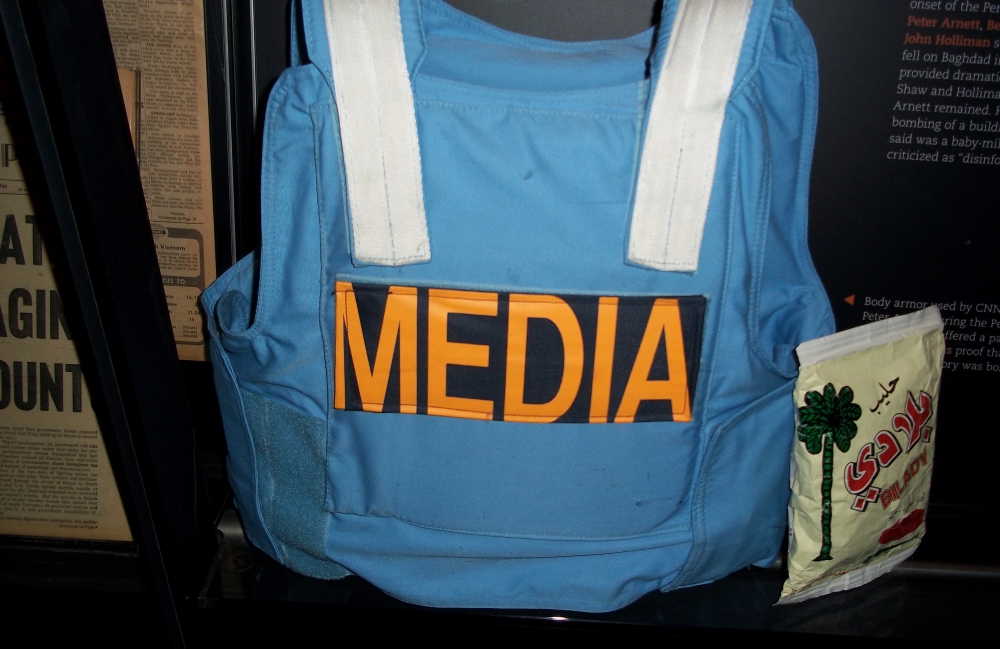 For journalists from Armenia and Artsakh covering the war in Nagorno-Karabakh: 10 ballistic helmets, 10 bulletproof vests, 10 sets of first aid kits, and a week-long training on safety.

To ensure all this, Montreal-based Armenian journalist Levon Sevunts on May 9 launched a crowdfunding campaign, urging supporters to act quickly, since “the unfortunate reality is that hostilities in Nagorno-Karabakh could erupt once again anytime.”

“I want you to become guardian angels for reporters who risk their lives to bring you news from the frontlines,” wrote Sevunts on the GoFundMe campaign page. He also mentioned that he has a personal connection to this issue: he began his journalism career in Armenia, and covered the Nagorno-Karabakh War and the civil war in Georgia. Later, on assignment in Afghanistan, he survived a Taliban ambush, but three of his colleagues with him that day didn’t.

And after the eruption of hostilities in Karabakh in early April this year, “I was horrified to realize that none of my Armenian colleagues were equipped with the kind of personal protection equipment — bulletproof vest, helmets, first aid kits, emergency communication equipment — that Western journalists now take for granted.”

On the campaign page, Sevunts has included a photo of the equipment the Canadian Broadcasting Corporation (CBC) provided to his colleagues covering the war in Iraq.