On the Scene: Tatul Hakobyan 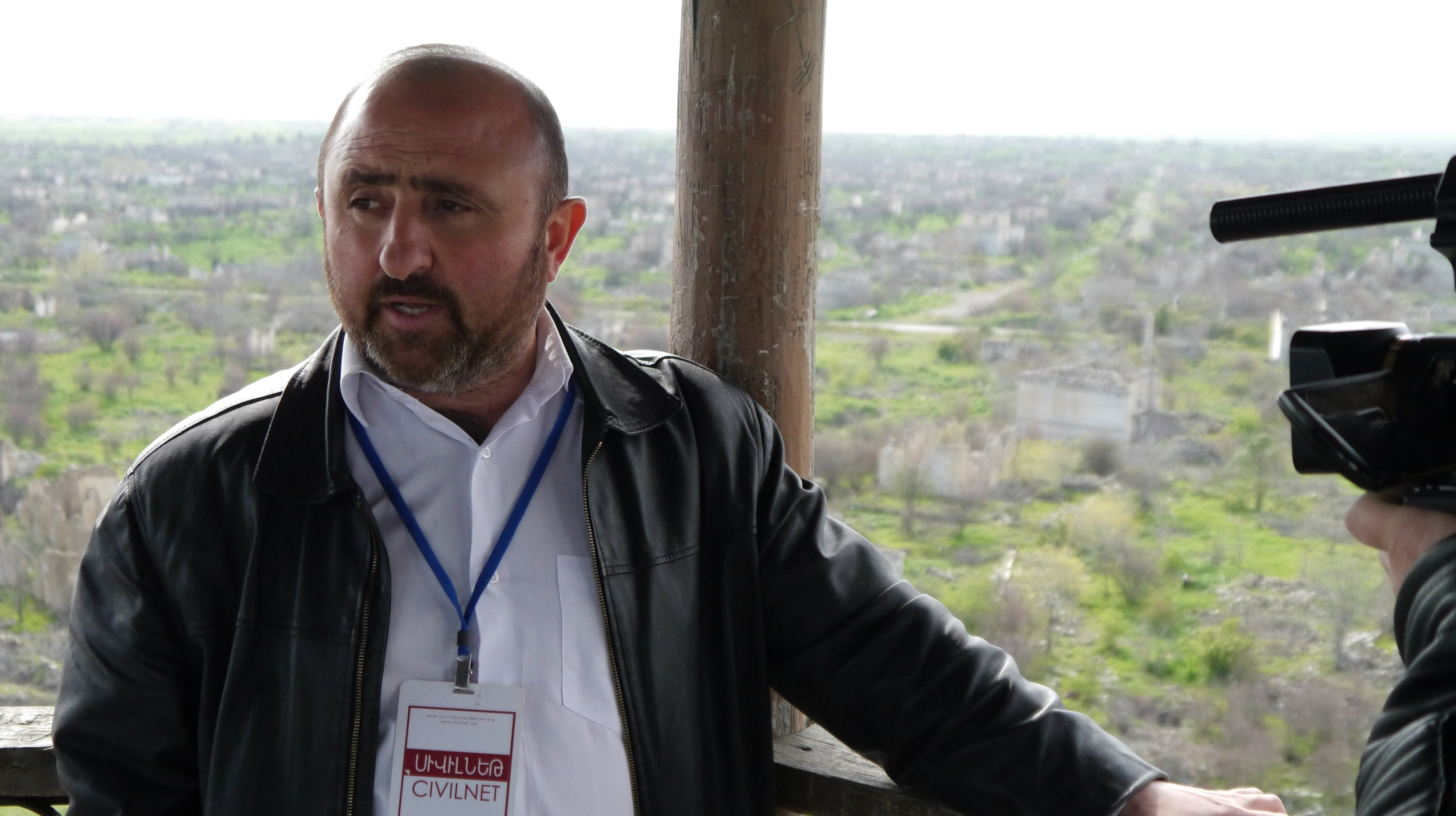 The four-day war that began on April 1 and the days that followed created a new situation for many, including journalists. In Nagorno-Karabakh, Media.am met with journalists working “On the Scene” and prepared stories on two of them who were important news sources for the audience during that time. [Video interviews in Armenian only.]

Journalist Tatul Hakobyan was working in Nagorno-Karabakh since April 1. He offers his formula for everyday, as well as war reporting: combine the rules of journalism with your own experience and conscience. Tatul tries to avoid turning the situation into propaganda; instead, he tries to represent it as reality, as fact.

“Using a lot of symbolism can turn into propaganda, but on the other hand, the details are important — leaving them out of the piece interferes with providing the complete picture. For example, when I include a young boy’s burial in my piece, what I am trying to show is the price we pay for [keeping] the status quo; through the civilian population living in the conflict zone, I show the overall picture of both war and peace. The tank moving beside my vehicle hints that there was or will be fighting.”

Tatul doesn’t understand people who suggest he provide a little more analysis of these days. “I say, I’m sorry, but it doesn’t work like that. There’s news and there’s opinion — I have to give either one or the other. Presenting both together is unacceptable. If these days I was not in Artsakh but in Yerevan, surely I would look at these events from a completely different angle. You can choose any genre of journalism, but they all have to be based on facts and not on contemplation, fabrication, lies.” 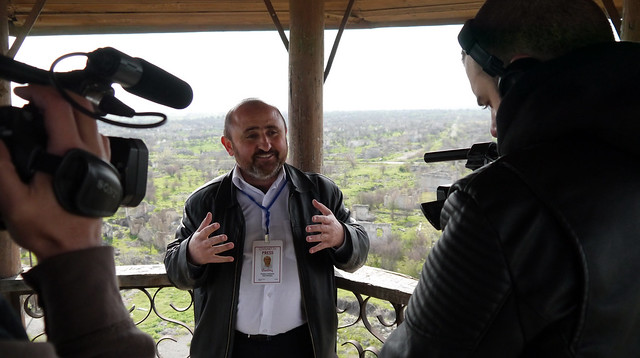 Especially in a war situation, Tatul places importance on a journalist’s sense of responsibility toward the news they provide. There is only one principle: under no circumstances publish information if you are not 100% convinced of its reliability. Providing vague, anonymous information about the killed and wounded, in particular, becomes an affliction for all parents of military conscripts. In this case, Tatul waits for official information, though he also sees contradictions there.

“When this war started, the press secretary of Armenia’s Ministry of Defense declared that both sides have killed and wounded, and for two days, they only repeated ‘killed and wounded.’ Again, the same situation was created for mothers whose children serve [in the army].” 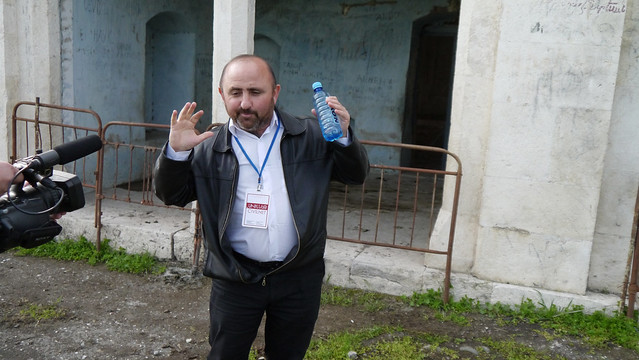 He adds that journalists understand when the ruling authorities try at least in the initial period to hide some things so that “panic doesn’t arise” among the people. But relying on official sources also shouldn’t put restrictions on the journalist. According to Tatul, instead of becoming part of propaganda or counter-propaganda, the journalist must simply become a link between the news event and the public.

“If you killed the journalist [inside you], you can now switch to another line of work. I see no problem when a journalist decides to engage in party activities or in PR or another job. It’s possible that a few years later I too will decide to change my profession. But I consider working in journalism and doing something else at the same time unacceptable. Because journalism must be as neutral as possible, because our job is to present the complete picture.”