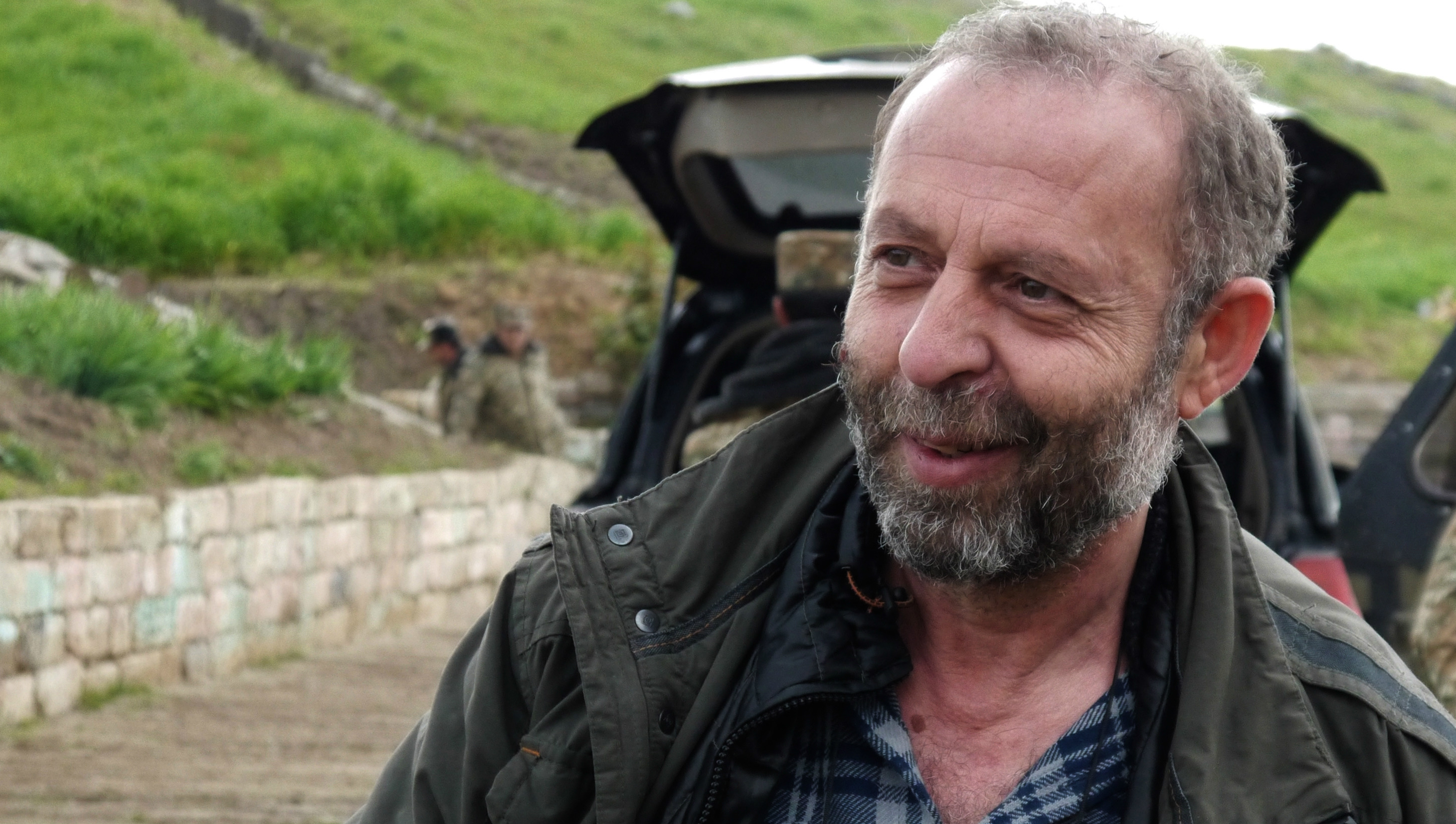 In the Media.am series “On the Scene” we normally encounter journalists, photojournalists, and camera operators who often appear at the scene of political and civic demonstrations, marches, and protest rallies. They describe their principles and approaches in covering these events.

Usually such a more or less important and big event becomes an opportunity for us to choose the next subject in the series and portray their story. Lately, nothing serious was happening for a long time, and journalists were saying, “Wait for something interesting to happen so we can work with pleasure.”

The subsequent occasion was much more serious than we expected. The four-day war that began on April 1 and the days that followed created a new situation for a great many, including journalists. It was unusual especially for young journalists, who were covering a war for the first time — the older generation already had this experience. But it turned out that the principles of war coverage or at least some of them had changed over the years. 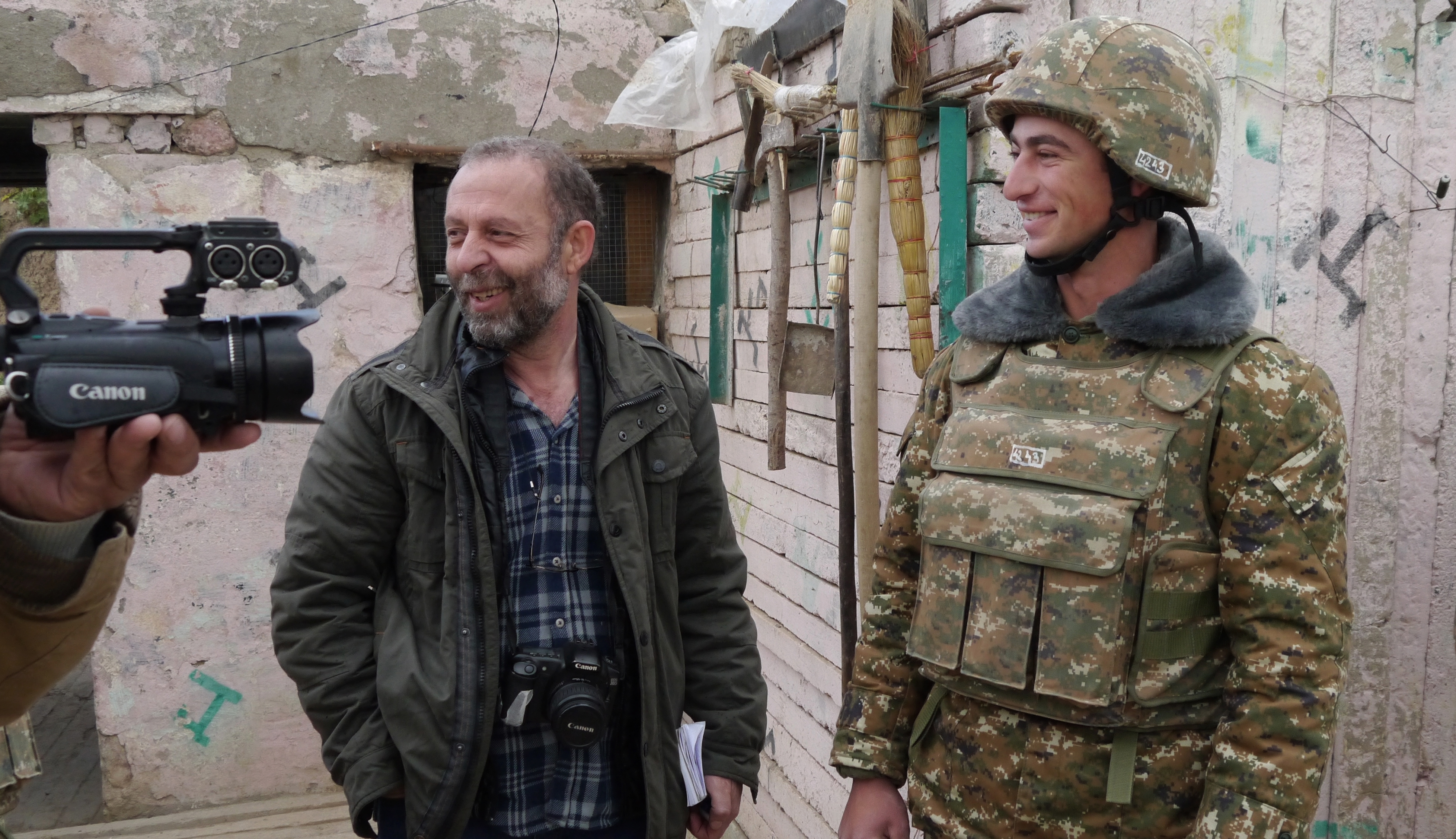 The relatively media-literate consumer who followed news coverage during these difficult days noticed that a handful of journalists became an important news source for an entire country: Hetq.am‘s editor Edik Baghdasaryan was among the top of this list. [Video interview below in Armenian only.]

“I was sleeping. They called very early in the morning. Then I called a couple of places and realized that it was very, very serious. Usually during ‘diversions’ [attempted border incursions] you understand the extent of the tension. For example, I compared how I received the information during the August 2014 incidents and saw that this was completely different. I immediately got into the car and came [to Stepanakert].”

Edik describes how during the initial days there were few journalists, and the fewer they were, the easier it was to work. “Then they came, began to interfere with one another, and then interfere with the soldiers; as they say, ‘[they] got underfoot’; they [the soldiers] couldn’t do their work,” he says, laughing. He considers it normal that during a war situation there might be areas closed off to journalists and he places himself in the soldiers’ position.

“Well it’s a war, you have to take that into account. The soldiers were getting very frustrated when there was an order from above that some [journalistic] group is coming because you have to engage with that group and they don’t have time for that. When there might be an attack at any moment, they have to leave their problems and deal with journalists. It’s not that easy. And you shouldn’t take it badly when they don’t accept journalists at this moment very well.”

The editor says that Hetq is not among “the chosen,” but there are media outlets that are at the center of the authorities’ attention: “That day [press secretary of the president of the de facto Republic of Nagorno-Karabakh] Davit Babayan uttered a phrase: ‘main media outlets’. There is, in fact, such a division. They [the authorities] provide a vehicle, take [the journalists] to different areas, including as well representatives of Russian and international media outlets. No one has ever provided us with a vehicle; we haven’t even had a guide; we work with our resources, our connections.”

Edik says that compared to the Artsakh war years, journalism today has changed greatly. Then, they would rejoice when they snapped a photo from the frontline and without thinking twice would publish it. Now every photo or video might evoke a long discussion. “During these days, we created photo stories. There were great photos, but we published [only] a few of them, and only after cropping them tightly from four sides.” 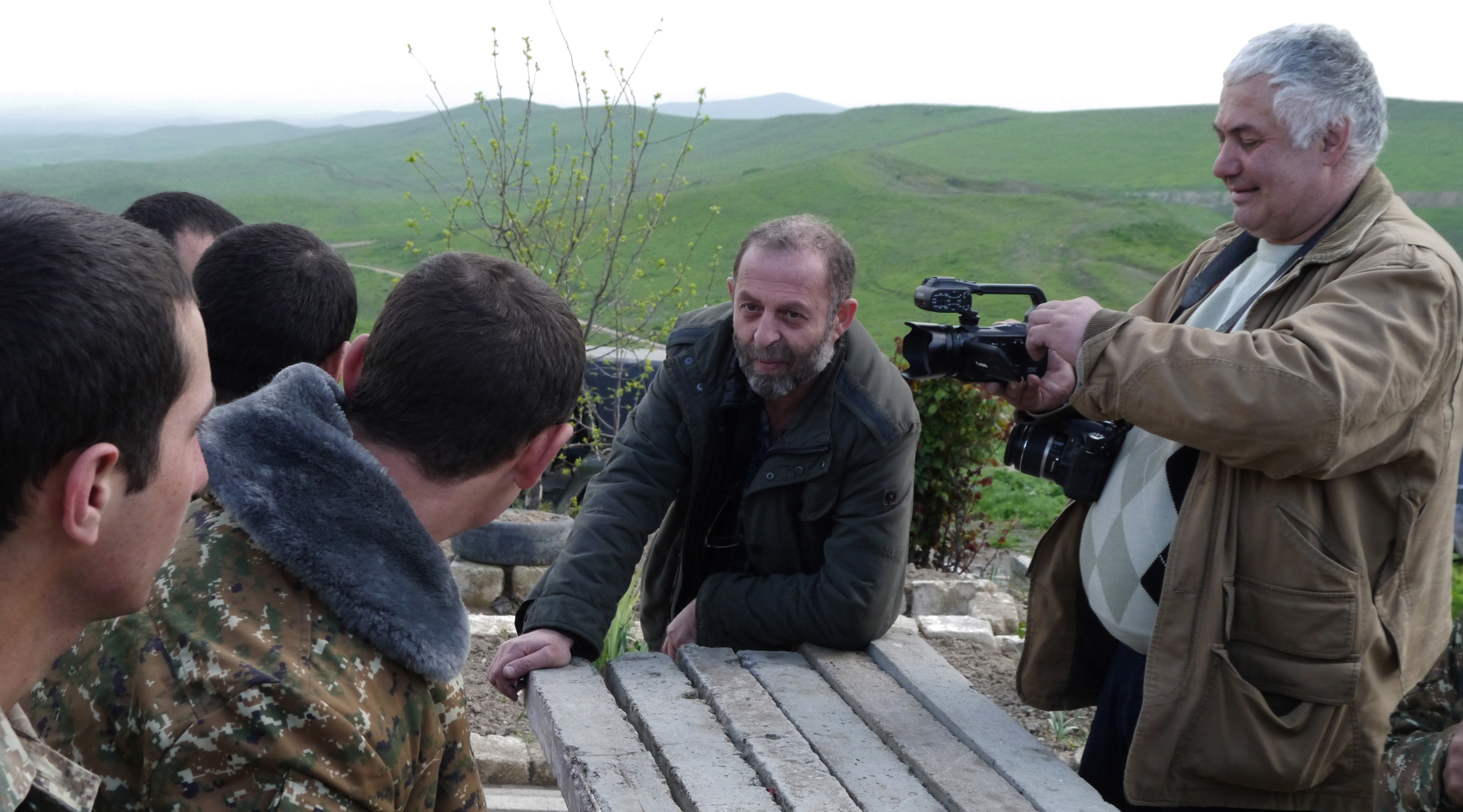 Now they also take into account how dangerous their actions might be for the soldier, how it might cause harm to him or his relatives, how the opponent might use published information to initiate some action or another.

“At the time we didn’t ask ourselves these questions, whether we can use this or not. I think, even TV viewers or readers didn’t ask these questions. Now, we [Hetq] have a Code of Ethics and say that we won’t break it.”

Recently, however, the publication apologized to its audience for publishing a photo, admitting it was a breach of its Code of Ethics. It explained that at the time it had no other means of presenting the reality.

“You are responsible for your news, for its consequences. And this isn’t only about a war situation. In the case of any news, you have to think to what extent it might harm another person, their dignity, their life, their personal data. There are numerous questions…”