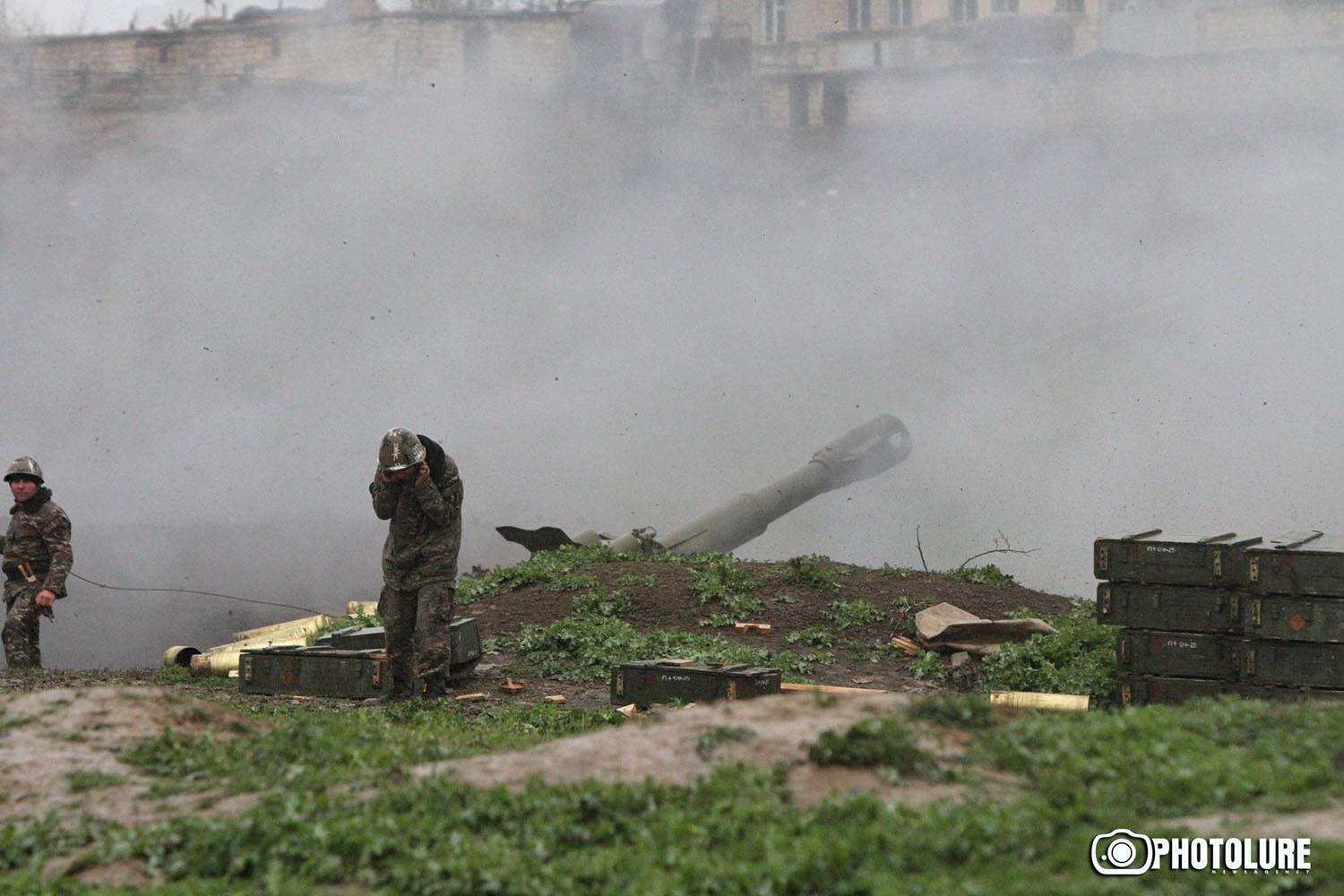 Though a one-hour poll of 44 respondents cannot claim to be scientifically accurate, certain trends are palpable, from which sources regular Yerevan consumers mainly preferred to get news from hot spots in the four days (April 2–5, 2016) of war in Nagorno-Karabakh and how they asses the work of journalists.

Media.am conducted the poll on April 6, in a part of Yerevan where there was a lesser likelihood of meeting passers-by who have an almost expert opinion of the media (the streets adjacent to the construction site of the circus — up to and including the area around Ayrarat Cinema but excluding, for obvious reasons, the immediate vicinity of the press building).

As for whose news the respondents particularly followed during the four-day tension, the names of specific news outlets were mentioned, but since this isn’t an accurate research study, we decided to avoid publishing their names and their “shares” [i.e. percentage of respondents that considered a particular news outlet its main source]. Those who are interested in this can listen to the unedited, continuous audio recording [in Armenian only].

Television: the older generation’s faithful friend, radio: for those travelling by car, internet: for the youth — but there were exceptions

As agreed, we won’t mention media outlets’ names here. One more thing: though there wasn’t a specific goal to ask whether respondents followed the same media outlets previously as well, since the picture obtained from the small poll approaches recently announced ratings, it’s very likely that that’s the case. It can also be assumed that the rating of any local TV company’s entire network generally determines the rating of its news program.

And through which technological means did consumers prefer to get news during the tense four days? Older respondents almost without exception mentioned television news as the main source of news they received from the war zone. Though some young respondents, also.

“I surfed through all the channels on the TV” (older man).

“I only watched television. All the channels; no single one” (elderly woman).

A 71-year old woman listening to the radio with her smartphone said she used it to listen also during those tense four days. Which radio station? She didn’t know. Some older respondents also recalled “news with the internet” as a source of information for them these days. Young people more so mentioned the internet, especially Facebook’s newsfeed.

On social media, with one face

“We were following whatever there was. As long as it wasn’t [offensive word for “Azerbaijani”] stupidity — that was the important thing” (young boy).

“When the social network’s newsfeed brought it, I read it… no, I haven’t noticed or don’t remember specifically which media outlet’s news they were” (young girl).

“In social networking sites, the media outlet’s name had no meaning, only the content of the news interested [me]. There are many media outlets, that’s why I didn’t look at the names specifically” (15-year-old girl from Yerevan).

Of the passers-by, 3 declined to comment and of the entire 44 whom we asked to participate in our poll, only one claimed they didn’t follow the news of the war at all. The rest said they followed the news with great vigor, which, of course, is not surprising.

“I was compulsorily following [the news] every day, every hour” (15-year-old girl from Yerevan).

“We were following [it] constantly everywhere” (elderly woman from Yerevan).

Only one respondent who followed the news (identifying himself as a war veteran) opined that constantly following the news and being quickly informed is not mandatory. “During a war, every citizen must do his job, not constantly sit in front of the TV. Let’s say you found out, but that you sat in your place or discussed it with your neighbor, it’s not with that [that anything happens].”

” I didn’t notice any shortcomings; I got whatever I wanted” (22-year old youth).

“I only want accurate information and got that” (63-year-old man).

“They were reporting normally, quickly. Yes, there hadn’t been this amount of clashes in a long time, but compared to the previous escalations [of violence], they worked better now” (32-year-old Yerevan man).

“Journalists were reporting very normally. How right or wrong it was, probably they said whatever was allowed. I believed whatever they said” (61-year-old man, Yerevan).

“However much they allowed them to give information, I was happy with that much. What can the journalists do, the poor guys?” (52-year-old man, Yerevan).

“Journalists from both the opposition and pro-government worked jointly, correctly. They interpreted very correctly; I’m not disappointed with anyone” (adult man).

“Everyone was giving [the news] spot on. All the channels too. But how should I know if it was right or not?” (71-year-old Yerevan woman).

“They worked well, bravo to the journalists and bravo to our boys, who were five times fewer but they won” (20-year-old Yerevan boy).

“Everyone was providing very good commentary. Of course, it wasn’t desirable for the war to continue, but it was very desirable to capture more areas” (an elderly Yerevan woman).

“I was following the news with everything, but more so with the internet because the TV almost always said the same thing, and you got tired. It was enough to watch it once” (young girl from Yerevan).

“Most of the journalists didn’t know what was going on there. They took from other sites or the internet. And the person reporting from there also didn’t say what was really happening at the frontline” (65-year-old man).

“I wanted them to show more, to say the correct number of our casualties” (33-year-old Yerevan man).

“They would show the same thing 100 times. They had seen a ditch and a bomb had been thrown in that ditch…. they didn’t show a single house or place, a single position, for people to know what happened at that post…” (older man).

“I don’t believe any of them. I wanted different opinions — there were none” (middle-aged man).

“Journalists miss a lot of things. There are things that shouldn’t be said: for example, reconnaissance. And they politicized a lot of things” (Yerevan man).

“They may have reported some cursory information once every few hours, but there was no urgent information. They too weren’t right at the front line. I don’t know who they got it [the information] from, but all those sites were all writing the same thing. One ‘baked’ thing from another” (another middle-aged man).

“It would be good if it wasn’t so repetitive. I wanted [the news to be] a little updated” (15-year-old girl, Yerevan).

A few of the respondents, regardless of age or gender, noted official sources as a source of reliable news during those four days, and especially the personal Facebook page of the spokesperson of Armenia’s Ministry of Defense.

One (an older man) said as well, “the commanders acknowledged by the people.” Another said, “We watched everything, but we relied on what was reported by the defense ministry and drew our conclusions.”

Three respondents mentioned also their friends in the conflict zones.

Did they trust their friends or the news?

“We got the news from our friends and we trusted them more. We didn’t trust the media outlets that much. There weren’t many contradictions, but there were [some]” (18-year-old youth).