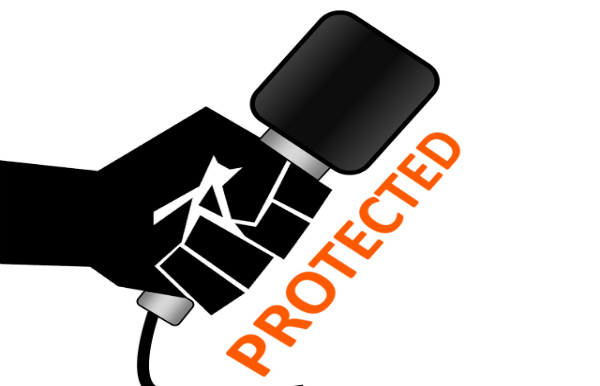 The reason for this ruling was an application by representatives of iLur.am and Hraparak daily newspaper challenging the constitutionality of the laws that obliged news outlets to disclose their sources.

The Constitutional Court considered the provisions of the law to be constitutional but gave clear interpretations of them, which might prevent future arbitrariness by judicial bodies.

“Article 5 of the Law on Mass Media can no longer be interpreted differently than how the Constitutional Court formulated it in the concluding section of its judgment. This is a major victory in the legal arena for all of us: the legal regulatory frameworks of disclosing sources were clarified,” says Hraparak representative Artak Zeynalyan.

According to iLur.am representative TIgran Yegoryan, the Constitutional Court ruling will provide new safeguards in the protection of sources.

“This will be a new start in the area of protecting this right. This decision by the Constitutional Court is also a cancelling of [such] judicial practice and an opportunity to review court rulings under new circumstances,” he says.

According to Hraparak editor Armine Ohanyan, the Constitutional Court ruling is as a result of the media’s consistent fight.

“We prevented different organs’ inroads aimed at disclosing [our] sources. On the other hand, we protected our sources who wish to be unnamed and instilled that they can continue to work with us hereafter — without fear of the threat of disclosure. This is very important because in many of our reports we avail of such sources, and if these sources were no longer, many news stories simply wouldn’t get published,” she says.

In the opinion of rIghts advocate Gevorg Hayrapetyan, the Constitutional Court’s interpretation of provisions of the law will rule out arbitrariness toward news outlets in the future.

“The Constitutional Court interpreted in which cases a request to reveal a source can be put forth, and this itself is important because law enforcement bodies hereafter will not be able to interpret the provisions of the law as they wish or introduce arbitrary restrictions on the rights of journalists,” he says.

In three months, the news outlets will appeal to the Court of Cassation to review the case.

The Court of General Jurisdiction of Kentron and Nork-Marash Administrative Districts of Yerevan and later the Court of Appeals and Court of Cassation within the scope of the criminal case involving Shirak Regional Police Chief Vardan Nadaryan had obliged Hraparak and iLur.am to disclose their sources.

On May 9, the news outlets had published a news story on a dispute between Nadaryan and athlete brothers Artur and Rafael Aleksanyan, which stated that during the altercation, Nadaryan struck Rafael’s head with the gun assigned to him, then held the same gun to Artur’s chest.

Investigator Garik Begoyan petitioned the court to oblige the news outlets to reveal their sources, arguing that revealing Hraparak‘s and iLur.am’s sources might help acquire evidence that confirms or denies the alleged serious criminal offense. He said the need for the legal protection of public interest in this case is stronger than the public interest in not disclosing the source. The court granted the investigator’s request.

OSCE Representative on Freedom of the Media Dunja Mijatović also expressed concern with obliging news outlets to disclose their sources.

“I am concerned that this ruling might have a chilling effect on media as it could thwart reporting on issues of public interest. The need for journalists’ professional confidentiality with public and private sources of information must be acknowledged,” she said.