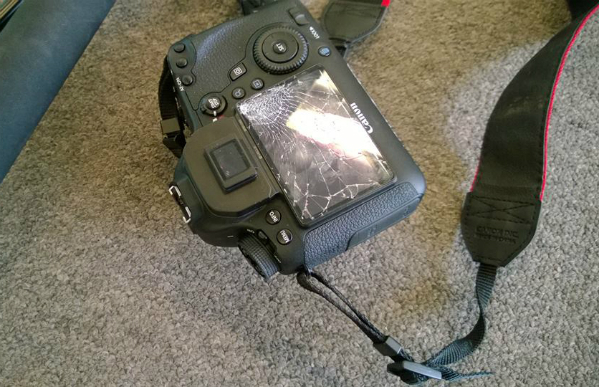 The Armenian police has begun to return the cameras and memory cards that were confiscated from journalists covering the #ElectricYerevan sit-in on June 23.

The majority of the memory cards that were returned were empty: the police deleted all information on the cards.

“All my photos were deleted,” he says.

“They deleted all the information on the memory card — that’s the loss we incurred, which I can’t imagine how they will compensate,” says Photolure’s director Melik Baghdasaryan.

“As I understood, only I’ve received my memory card with its entire contents [intact]. No photos were deleted,” he says.

The police also provided compensation for Ghazaryan’s broken eyeglass and promised to conduct an internal investigation into the police violence he experienced.

iLur.am journalist Hakob Karapetyan has not yet received his camera’s memory card from the police.

“They offered to provide compensation on the condition that I withdraw my complaint, but I didn’t agree to the condition and insisted that a criminal case be launched. I understood that instead of sending the complaint I filed to SIS [the Special Investigation Service], they sent it to the Homeland Security Department, with the aim of conducting an internal investigation,” Karapetyan told Panorama.am [AM].

The broken camera and work phone belonging to RFE/RL’s Armenian service (Azatutyun) also has not been compensated.

According to Head of the Department of Public Relations and Information of RA Police Ashot Aharonyan, the process of returning journalists’ equipment and providing compensation continues.

“It has been the case that we discovered equipment and returned it to them. Currently, we’re examining [the equipment] because we need to determine whether the equipment was damaged as a result of police actions or not. If it turns out that it was damaged from police actions, naturally, as promised, the police will provide compensation. There also will be an internal investigation,” says Aharonyan.

In dispersing sit-in participants on Yerevan’s Baghramyan Avenue the morning of June 23, police officers beat journalists, broke their professional equipment, and confiscated equipment and memory cards. As a result of police operations, 13 journalists and camera operators were physically attacked [AM] and the lawful professional activities of about 15 representatives of various media outlets were hindered.

RA Police Chief Vladimir Gasparyan had announced that the police will compensate journalists for any material damages incurred.

“There are some flaws that I noticed in their work, especially connected to representatives of news outlets. I ask for forgiveness. We’ve assigned an internal investigation; we’ll settle it. I know that technical equipment was broken; the police will restore the material damages incurred by journalists,” he said.