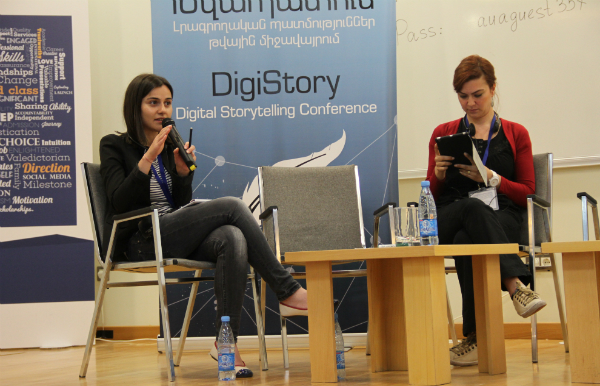 How has the digital environment changed journalism? What challenges do new technologies, the evolving internet, and constantly changing social media offer newsrooms?

The DigiStory Digital Storytelling conference was held at the American University of Armenia on May 28 and 29 to discuss media content in a digital environment. Establishing this platform, the conference organizer, the Media Initiatives Center [also responsible for this site], first and foremost aimed to inspire local media representatives.

“Judging from the the discussions during the conference, [I can say that] the event has served its purpose. Many here found new ideas and discovered new ways of presenting their stories,” remarked one of the conference speakers, Associate Professor at the Walter Cronkite School of Journalism and Mass Communications at Arizona State University Leslie-Jean Thornton. 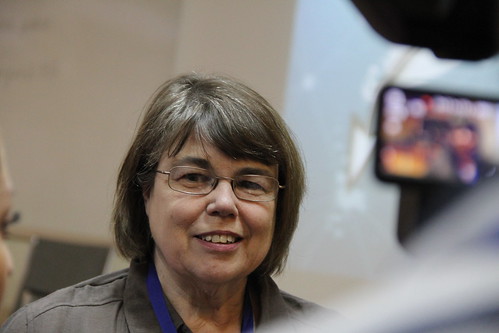 “I overheard some people saying that simply some time was needed during the conference to develop their conceived ideas and bring them to life. If successful, we can consider them indirectly a product of this conference, which inspires us,” said Media.am producer Gegham Vardanyan, adding that gathered was a lot of material to be discussed in the media sector.

At the conference organized within the scope of the USAID-funded Media for Informed Civic Engagement program, 16 local and foreign experts through workshops and talks presented new journalism formats and tools, the practice of applying digital media technologies, new platforms to spread information, and modern forms of communication with the audience. 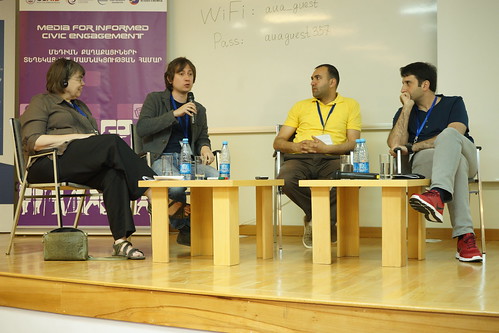 Many of the experts emphasized that the DigiStory conference allowed to present on the same platform the trends and issues of not only the local Armenian, but also the international media sector.

“In fact, many of us in New York, Riga, and Yerevan deal with the same issues. On one hand, I’m pleased, since Armenian news outlets aren’t really behind international media outlets. On the other hand, differences in resources and audiences must be taken into account. If the media industry in the US, for example, is financially better prepared to face the challenges, well it’s harder to find solutions in Armenia,” concluded RFE/RL Armenian service (Azatututyun) website editor Artur Papyan at the end of the conference. 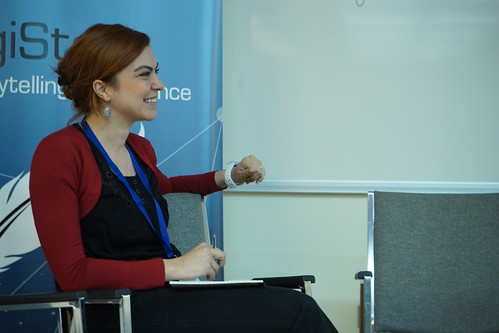 “I discovered how many similarities and commonalities there are among the media sectors of Armenia, Turkey, and Georgia. For example, despite the fact that the number of internet users in the region is growing, the majority of people from these countries prefers to get their information from television,” said Assistant Professor of Communications at Istanbul’s Kadir Has University Suncem Koçer, who at the conference gave a talk on crowdfunding.

In general, the media industry’s financial problems and their possible solutions were among the most discussed topics. Proposed and especially successful models aroused great interest among media representatives. 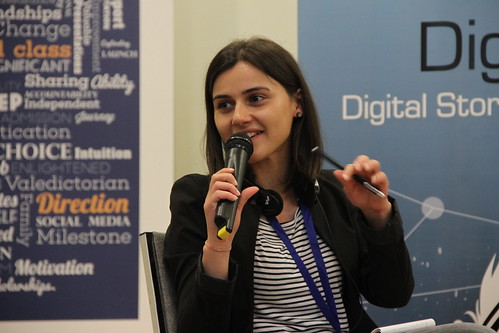 Nino Macharashvili, representing JumpStart Georgia, is preparing to share new ideas with her colleagues upon her return to Georgia.

“Most interesting and helpful for me were the talks and discussions on funding, in particular. For example, the crowdfunding idea could be a very handy solution for one of our projects. I don’t know how effective it will be, but at least we can try. Media is a sector where innovations are always welcome: you never know what will work and what won’t,” she said. 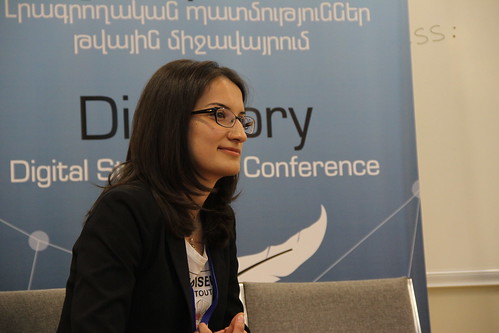 Armenia’s CivilNet and Russian Dozhd TV presented the advantages and problems of Internet TV. CivilNet’s Video Production Manager Seda Grigoryan considered it an honor to be on the same panel as Dozhd TV.

“In establishing our TV, we viewed Dozhd as an example. It was very important for us today to hear about their experience developing paid content, in particular. It’s what CivilNet is currently investigating, trying to understand the possibilities and suitability of applying this model in Armenia,” she said. 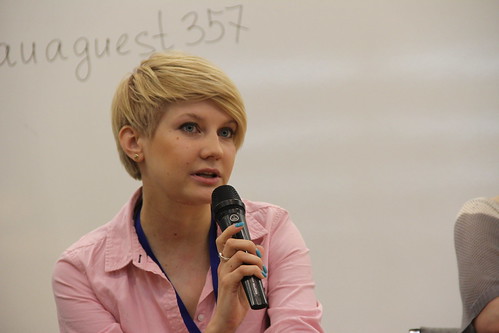 Head of the Internet Edition of Dozhd TV Elena Kiryushina urged her colleagues in Armenia to be bold and ready for changes.

“I want our example to become applicable also in Armenia, so your audience likewise will be ready to pay for content. I believe the future of media outlets should be tied to this,” she said.

Kiryushina was pleasantly surprised that people in Armenia not only know about, but also love and watch Dozhd TV. Many of the invited speakers remarked on the vigor and interest of participants.

“Very interesting questions were posed during the conference. It was clear that the discussions were interesting to all — both to us as media content creators and to the audience,” noted New Genres and Special Projects Officer Alexander Polivanov at the Riga-based Russian online news platform Meduza.io. 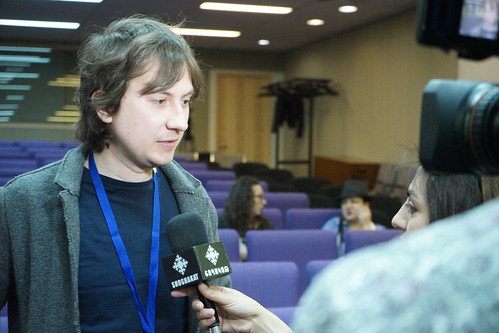 Media Initiatives Center Executive Director Nouneh Sarkissian, welcoming the adoption of innovation in the media sector, at the same time urged participants not to forget about what’s important.

“The story is much more important than the means through which it’s offered. I want us to remember this and when using new tools, not forget what stories are about,” she said.

Organizers hope that DigiStory will become an annual event: material for talks and discussions on content will accrue within a year in Armenia, no doubt.