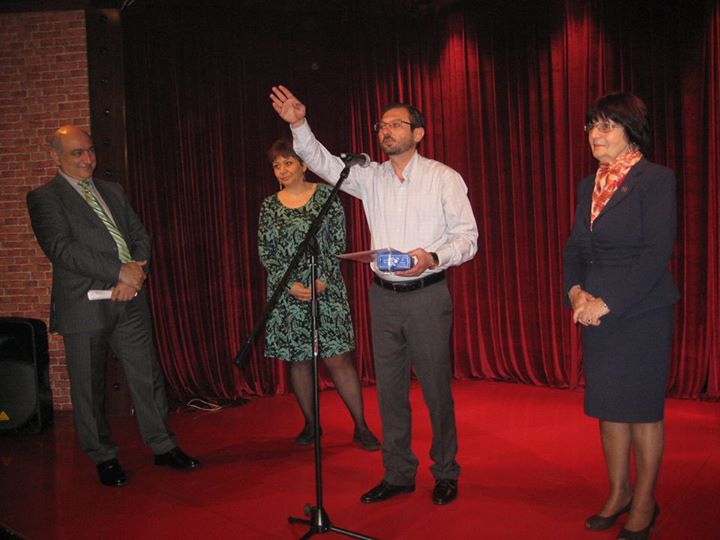 Yerkir Media TV’s  Director of News and Political Programs Gegham Manukyan was the winner of this year’s Time for Media Freedom award.

Manukyan won the award for his vigorous coverage of Armenian Genocide 100th anniversary events and his ability to combine enthusiasm with a human focus in journalism.

The Time for Media Freedom award is dedicated to World Press Freedom Day marked on May 3. The award — a certificate and a traditional souvenir clock — was established and is distributed annually by the Yerevan Press Club, the Media Initiatives Center (formerly, Internews Media Support NGO), and the Union of Journalists of Armenia.

The Time for Media Freedom Award has been handed out since 2006.

There are no nominations. In selecting the award recipient, organizers take into account the trends and unique features of the news media sector that year, as well as journalists’ contribution to freedom of the press.