On the Scene: Narek Aleksanyan 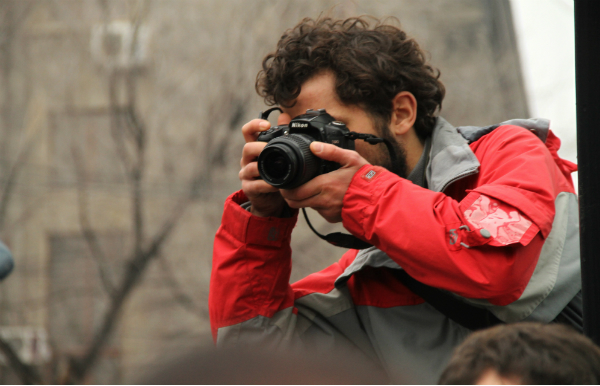 A philologist by education, journalist Narek Aleksanyan entered the media sector about three years ago.

Initially, he converted speeches made at press conferences into texts for Hetq, then came the time to develop an eye for and take photos.

“A photographic device appeared in my hand and I began to not only hear, but also photograph speakers.

“I soon realized that I’m much more interested in those speaking figures than what they’re [actually] saying. Much later I discovered that people on the street are more interesting — especially during demonstrations, marches, and rallies.” 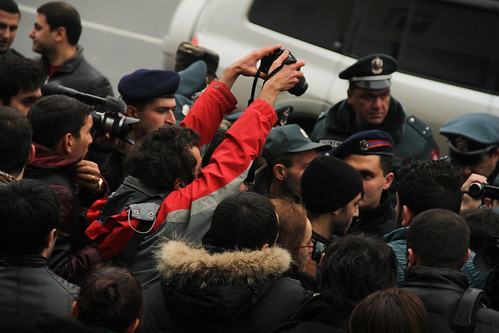 “In terms of objectivity, I don’t think there’s a big difference between photos and text. Just as you can adapt a piece of text to your point of view, you can express your point of view through a photograph. For example, once there was a march in Yerevan against the gender equality law, and the majority of my photographer colleagues didn’t photograph it.”

“In my opinion, that march was a demonstration of homophobia, and I expressed my opinion through my photos. There were discussions as a result of [my] photo reportage, and many criticized those who were issuing misanthropic calls.” 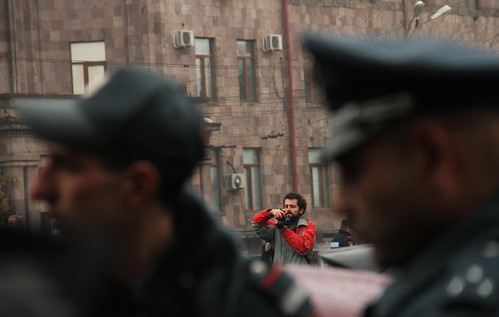 “During rallies, my contact with police officers is limited — I avoid getting into clashes with them. The priority for me is getting the necessary shots. During events happening on the street, when they prohibit photographing from a given place, instead of negotiating with police officers for five minutes, you can easily go around and take photos from a different place, if the goal is to capture the shot.”

Story and photos by Sona Kocharyan.