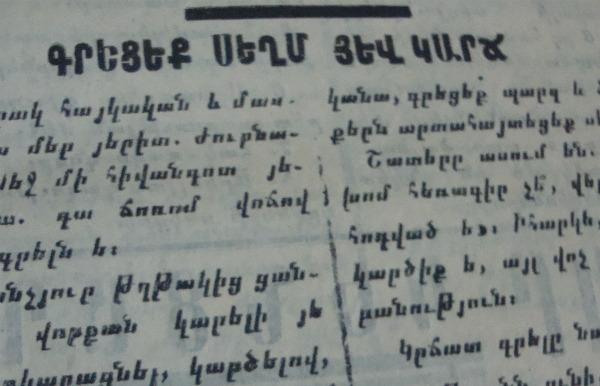 The newspaper Azat Hayastan (“Free Armenia”) published in 1921 offered the following advice/requirement to its freelance correspondents: “Articles and correspondences must be short, summarized, and written in ink on a sheet of paper.” 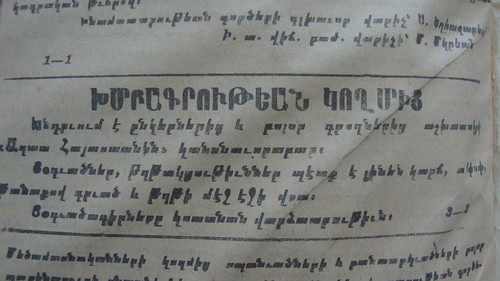 A few years later, in 1924, one of the first newspapers of then Soviet Armenia, Avant-garde, printed such imperative announcements, trying to involve Soviet citizens in the task of writing: “Dear correspondent, try to express your thoughts succinctly sharp, clearly and accurately.” 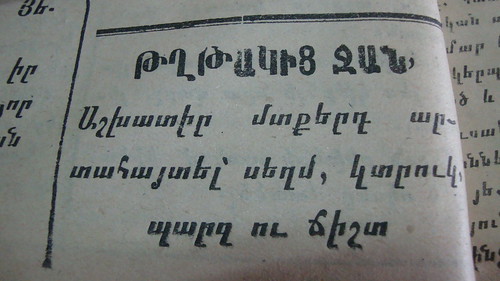 The requirement to write clearly and succinctly was an avant-garde approach. Poetry, the fine arts, and life in general was constructed with this clarity. Time dictated a new rhythm, and the basis of all that is new is to get rid of the old and the long.

Nearly a century later, the Internet confirmed the need to write succinctly.

It is considered that public journalism developed simultaneously with fast and affordable tools of communication. But in all periods of history, even in the pre-Internet Age, attempts were made to broaden the field of information as much as possible, saturating it with responses, comments, and so on.

Newspapers, by providing space to freelance correspondents, demonstrated that the voice of the people was audible also in the media. Writing succinctly became befitting for a fashionable and young person.

Avant-garde wrote a special article which described the symptoms of “sickly journalism”:

“Generally among Armenian and especially among our young journalists, there is a sickly phenomenon: it is writing in a grandiloquent style and at length. Every correspondent wants to drag out, [write] as much as he can, thinking he will make what he’s written more remarkable this way, without thinking for a minute that he is only causing boredom to the reader.” 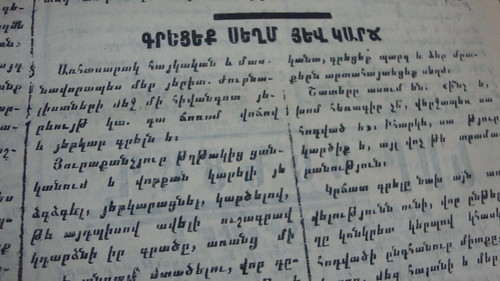 Success was attributed to journalists who were able to describe life as it was — for example, Russian journalists. 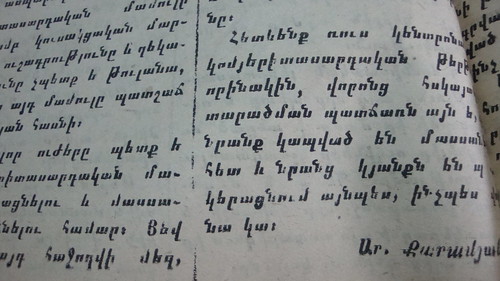 A few decades will pass and the texts in the newspapers will become long-winded and, by and large, say nothing. The word sequences will no longer have a desire to appear fashionable.