On the Scene: Qnar Khudoyan 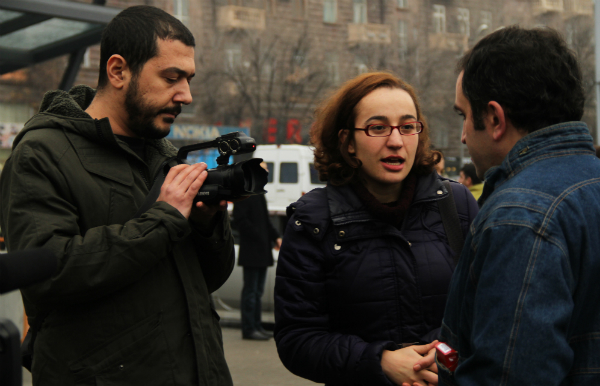 The locations are different; the actors, virtually unchanged.

The same demonstrators, the same police officers, and the same journalists gather on the scene — each with his or her job to do.

Media.am hereafter will meet journalists “on the scene” who will describe what they saw, heard, and felt and the already established principles in covering political and public demonstrations.

In 2011, Qnar graduated from the Department of Linguistics and Intercultural Communication at Yerevan State Linguistic University named after Valery Brusov, with a major in English and international journalism. From 2010–2011, she worked at local daily Zhamanak and news site 1in.am. Since 2012, she has been a reporter for the news site Epress.am.

She currently follows and will try to follow in the future the following principles of journalism: do no harm, and don’t be dogmatic and superficial.

Video interview in Armenian only.

“In 2010, when I started practicing journalism, I was very enthusiastic with the public movement established in Armenia in the wave of 2008: I would go to the weekly rallies with great expectations. I considered myself a part of the movement, a witness to the making of history.” 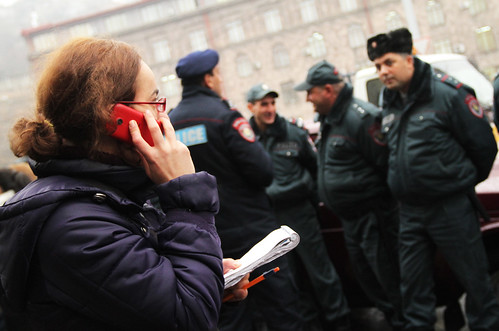 “Initially, when covering rallies, I primarily focused on the main issue, but now I’ve begun to notice the details. Often they can raise issues of great importance.

“For example, worthy of attention is the moment when a police officer goes beyond the scope of powers vested in him and begins to give rally participants lessons on morality, Armenian national identity, and ‘right and wrong’. ‘Is it befitting a girl of your age to participate in such actions?'” 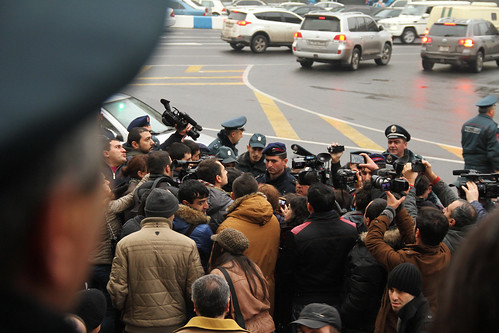 “I also cover rallies that no one writes about. Having many flags at a rally or police detaining demonstrators are not mandatory for a good story. I think we must be guided not by the number of participants, but by the topicality of the issue, the nature of the conflict. That is to say, successful [news] coverage and a successful rally are different things.”

Story and photos by Sona Kocharyan.