Digital Broadcasting in Armenia: Legislation Needs to be Changed 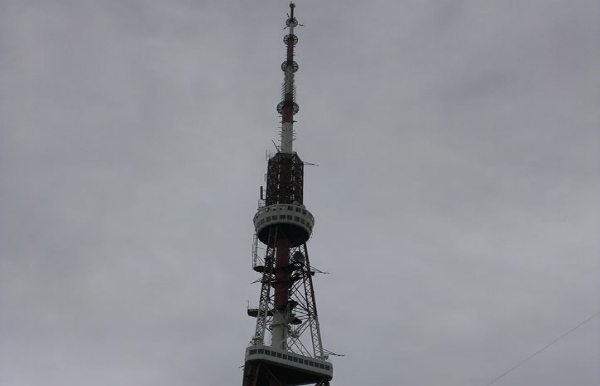 The Yerevan-based Committee to Protect Freedom of Expression (CPFE), along with partner media organizations, presented to Armenia’s National Assembly a draft law to make amendments and addenda to the Law on Television and Radio identifying the problems in the switch from analog to digital broadcasting and suggesting solutions.

According to the CPFE’s report “On the process of switching from analog to digital broadcasting in Armenia” [AM], the current legislation threatens the liberalization of the broadcasting sector and many of the legal provisions don’t correspond to international standards. Besides several shortcomings, the legislation also doesn’t clarify the future of regional TV stations.

Media experts comment on the transition from digital to analog broadcasting.

Armenia wasted a lot of time senselessly, and today state agencies have to move quickly so that they can manage to implement the switchover from analog on July 1, 2015.

There is some progress in terms of the technical aspect, and perhaps the technical issues will be resolved by July 1, 2015, but there are huge legislative problems — social issues also are not resolved. There has been nearly no progress in recent years in these two directions. Citizens today don’t know what is digital broadcasting. Social ads should’ve been prepared a long time ago and disseminated in the media.

I think the regional TV stations should follow Georgia’s example: unite and find solutions jointly, so that TV stations that didn’t get a broadcast license find ways to survive. One of the ways is to create a private multiplex and unite within it.

If there are amendments to the law, perhaps there will be an opportunity for TV stations in separate provinces and cities to continue to operate in analog, if they don’t interfere with the frequencies of other countries’ TV stations along the border.

We have a very open field, a sector that won’t regulate, and with this bill we are proposing solutions, possible options, which can be applied in Armenia so that broadcast media outlets can operate at ease.

With respect to regional TV stations, we haven’t made amendments in global terms; we’ve left it with the current law, which stipulates one channel per province on the public digital network. But there’s the opportunity to provide access also to a private multiplex on which regional TV stations can broadcast, if there’s the demand.

But apart from the desire, there also must be an attraction for investment. My subjective opinion on attraction is not that positive because even the price of advertising on regional TV channels is so low that ensuring a high-quality and professional TV station is not possible both theoretically and practically. In such cases, a unification process occurs.

I believe the relevant bodies in charge of digitalization failed: raising awareness and the work in terms of technical equipment and social matters, which should’ve been done in time, were left to the last day. We are required to shut off analog services in July , but up to now we’re addressing only the technical issues.

This is a great initiative because the active non-governmental organizations in the sector were presenting their version of amendments to the law. I think that in the process there might be more proposals; all these have to be compared — the parties have to work with each other. In this sense, this process is very welcoming and logical because time is scarce.

We had a long discussion stage on the entire digitalization process, and after the final concept was established, we found ourselves with little time for technical implementation. At the same time, we have no concerns in terms of systems and infrastructures: we’ll make the deadline, and we’ll have a technical infrastructure that will be able to broadcast digitally.

But there’s a need for clarification in terms of legal regulations. In particular, there are two acute problems: what will be the future of TV stations operating in the provinces and how the involvement of private multiplex organizations will be in the field.

Soon we’ll begin an awareness campaign through media outlets, which will communicate clear information to citizens on which province on which day the digital format will be in operation and on which day analog broadcasting will no longer be available, what change in technical resources is expected, how to use the converter box, and how to do the tuning.

The digitalization process is occurring in a very healthy atmosphere. And I believe that everything will be done for TV stations to continue their normal activities.

I think, a possible solution for regional TV stations in the transition period is to continue analog broadcasting until the appearance of private multiplex operators that can encompass television programs of 9–25 TV stations, depending on the quality of broadcasting.