Number of Cases of Violence Against Journalists in Armenia Increased: Opinions 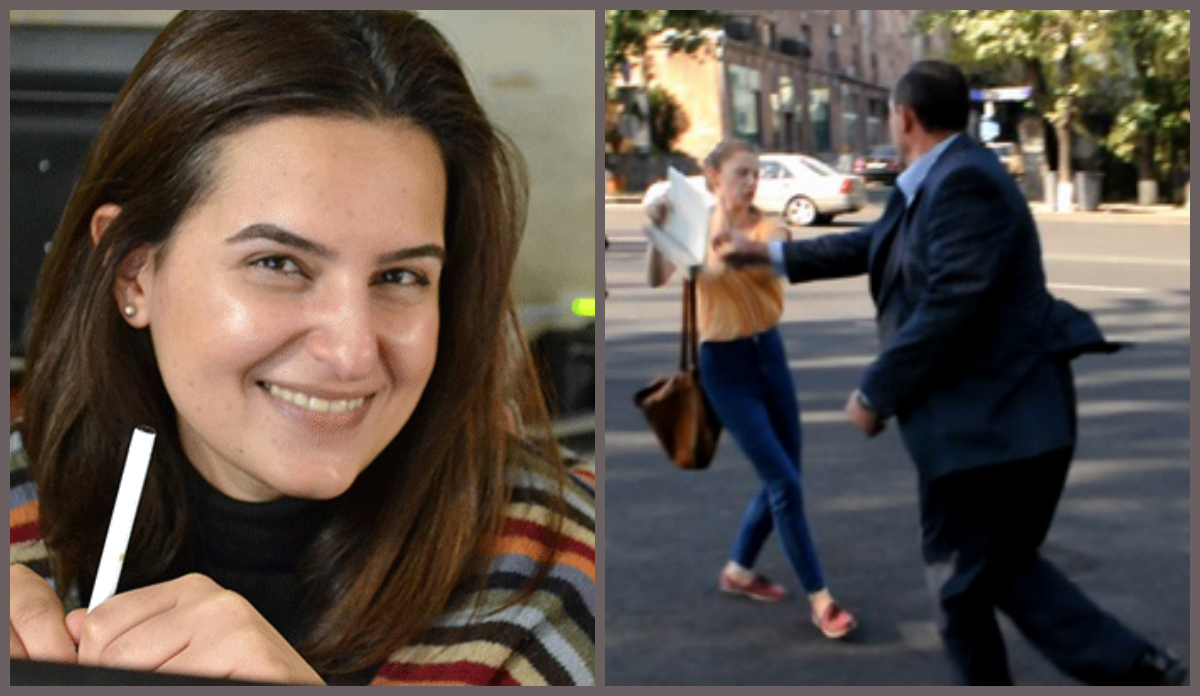 “Obstructing journalistic activities is a criminal offense, and it must be followed by an appropriate response by law enforcement bodies.

“We demand the [General] Prosecutor of the Republic of Armenia view this statement as well as media reports as a report of a crime and take necessary action to hold the perpetrators to account,” reads the statement, in part.

According to Haykakan Zhamanak [AM], after the 5th Armenia–Diaspora Conference held at the National Academic Theatre of Opera and Ballet named after Alexander Spendiarian on September 19, Artyusha Karapetyan pushed the arm of Taguhi Hovhannisyan, who had asked him a question, then snatched her voice recorder and threw it on the ground. He then ordered those accompanying the reporter to “lose” her.

When Hovhannisyan attempted to capture Karapetyan’s conduct on her mobile phone, he snatched her phone, threatening to throw it in Swan Lake, where the reporter and the community leader had reached by walking. Snatching the phone from Hovhannisyan’s hand, one of the men accompanying Karapetyan deleted what was recorded then returned the phone to the reporter.

Another case of hindering a journalist’s activities occurred on September 9, when after the art group Hakaharvats (“counter strike”) hung a banner on the Armenian National Assembly’s main gate that read “Hello Rob” (referring to former Armenian president Robert Kocharyan), the chief of security came out of the gates and attempted to grab A1+ journalist Marine Khachatryan’s recording device (in this case, an iPad), which subsequently fell to the ground.

Media experts comment on these recent incidents of violence against journalists and obstruction of their professional activities.

If in the past there were cases when a journalist because of his answers or demeanor “deserved” such behavior, then during these last incidents journalists carried out their work within the boundaries of ethics.

It seems an abyss has formed between some groups in society — decision-makers, their defenders, and the rich — and, on the other hand, people who are in average or poor condition. When questions related to justice, social conditions, and so on arise for news outlets and society, journalists have to find the answers to these questions from the other side. But the other side doesn’t like these questions and because it’s unable or doesn’t want to respond, it exhibits aggression toward journalists, which leads to bad consequences.

In my opinion, any pressure on a news outlet or journalist is pressure and a blow to society: by silencing a journalist with one stroke, they’re trying to silence society.

Eurasian Union membership candidate Armenia, at least in the matter of lack of freedom of the media, is rushing to approximate Russia and Belarus as much as possible — undoing all the achievements in the area of freedom of speech it recorded in recent years. Ordinary journalists perhaps would say, the Eurasian Union like hell.

Meanwhile, it’s all much more serious: no concrete steps, apart from the statement that the Special Investigation Service will review the reports, have been taken. That is, Chief of the National Assembly Security Service Karen Hayrapetyan will be let off experiencing only “light fear,” while head of the Nairi Association of the Armenian community in Kazakhstan Artyusha Karapetyan, having the right of a precious guest, can spit on the laws of the Republic of Armenia and the journalist who is protected under those laws.

The actions carried out against journalists are clearly described in the criminal code. If law enforcement bodies respond quickly and appropriately to such cases, they will no longer be repeated. In such cases, journalists can aspire to either lynching — which is not particular to civilized countries — or the assistance of the legal system. I’m in favor of seeking the assistance of law enforcement bodies.

I have stated that law enforcement authorities can consider [news] articles about the story concerning our journalist as report of a crime and take appropriate action, but, unfortunately, they have not yet dealt with this matter.

If law enforcement authorities don’t take any action, we will be forced to once again register that law enforcement bodies, as such, don’t exist in Armenia — they are simply groupings, which protect the interests of other groupings.

I believe that to prevent such cases, first of all, the guilty must be found and punished. The main actors in these cases are known to both the public and the journalists: journalists through [news] articles have shown who they are. It only remained for law enforcement bodies’ appropriate action to follow the incidents, but we didn’t witness this.

It is necessary to conduct an objective investigation in such incidents and punish the guilty, especially since the obstruction of a journalist’s activities is a criminal offense punishable by Article 164 of the criminal code.

Furthermore, as a rule, [it’s] not applied: people think that they can physically attack a journalist, obstruct his activities, and not be punished. This is the most serious problem, which leads to the recurrence of such incidents.