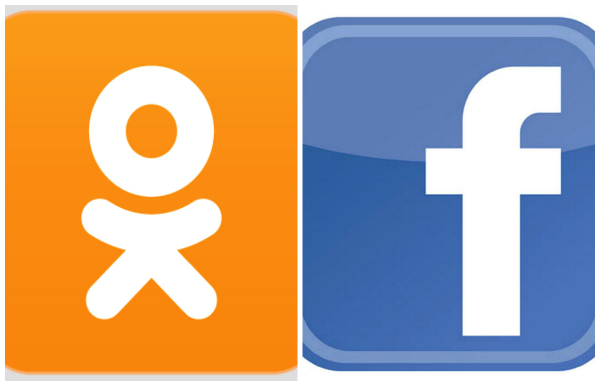 These are just some of the results from the latest Caucasus Research Resource Center – Armenia (CRRC Armenia) survey within the framework of the 2013 Alternative Resources in Media program.

According to the survey, 51% of the respondents used the internet once in the last 12 months. Regarding the activities performed in social networking sites, 90% of SNS users said they communicate with friends; 41% post photos, videos, music; 54% get information; and only 3% “satisfy freedom of expression and desire for information.” 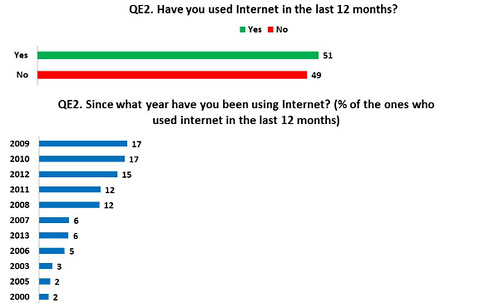 Of SNS users, 13% said they use social networking sites to share political or social views. In 2011, this figure was 7%.

Asked if they have ever made a political or social comment and posted online, only 6% said yes. However, in 2011, this figure was 3%. 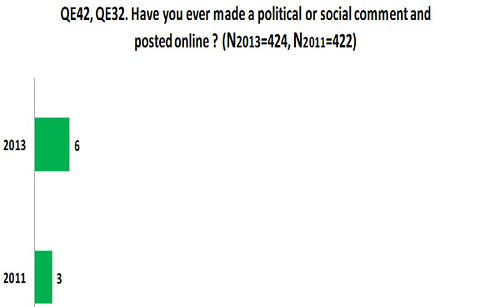 Among those who used the internet once in the last 12 months (considered “internet users” for the purposes of this study), 70% use Google Chrome as their main browser; 7% use Opera; 5% use Firefox; 3% use Internet Explorer; and15% apparently didn’t know what browser they use.

The raw data of this survey is available on the CRRC Armenia website.