Survey: Armenians Prefer to Watch TV But Consider Online Media the Most Independent 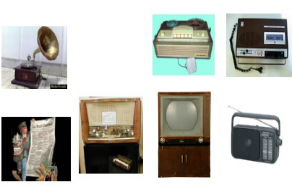 Within the framework of the Alternative Resources in Media program, the Caucasus Research Resource Center – Armenia (CRRC Armenia) conducted a public opinion survey to determine the media preferences, perceptions, and expectations of the media of the Armenian public.

The survey was conducted in all of Armenia’s provinces, for a total of 1,421 respondents.

Analyzing and classifying the responses also allows us, comparing the 2011 and 2013 results, to determine how much perceptions of the independence of, trust in, and censorship in the media have changed. 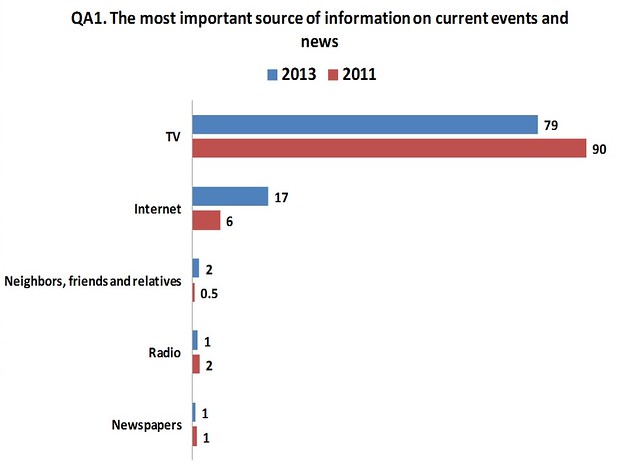 Also reduced was the amount of time spent watching TV: only 5% of respondents said they watch more than 12 hours of TV per day (previously, this figure was 9%). 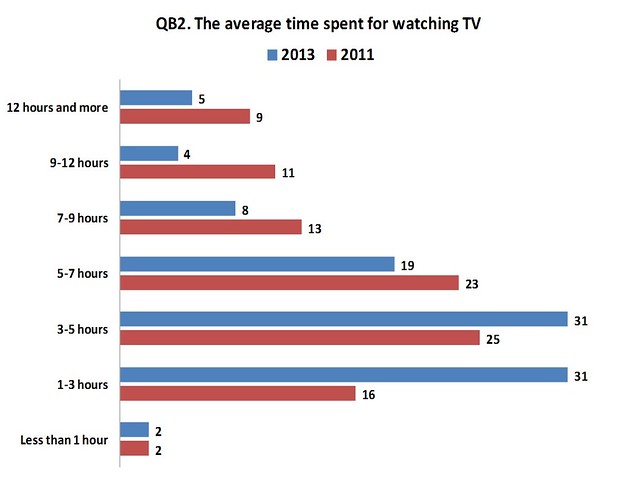 According to the perceptions of the vast majority of Armenia’s citizens, influencing media activities the most is the government (69%), followed by political parties (5%), and then media owners (4%). 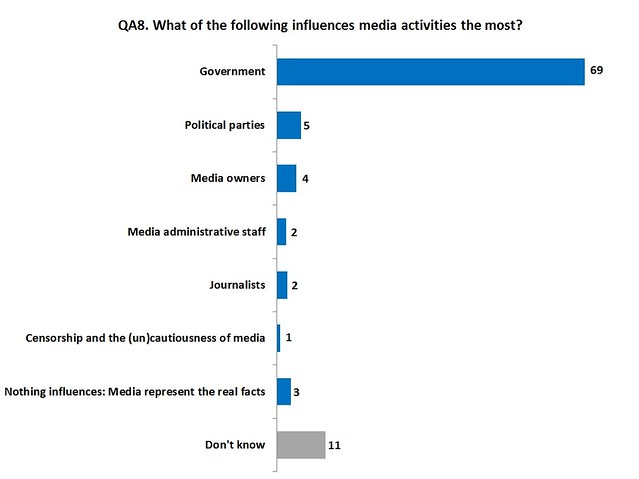 Online media and social networking sites were considered the most independent from government and business control. Also interesting to note is the extremely high number of “I don’t know” responses — an answer that was rarely used when asked to assess the independence of TV stations. Few emphasized the independence of television. 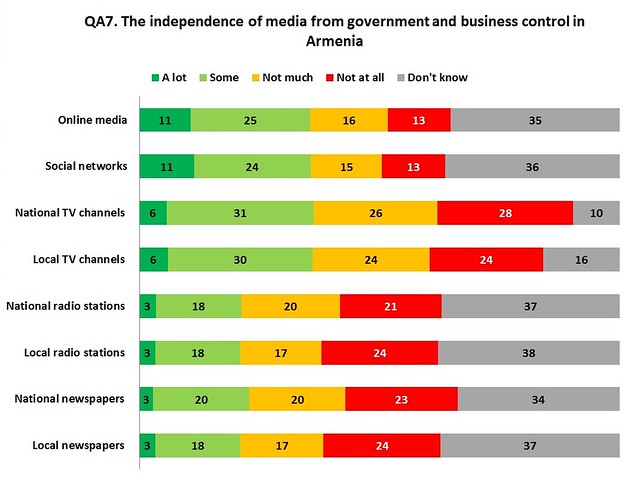 Online media continues to be viewed as a medium that covers news objectively, but it’s important to note that in recent years, the percentage of people who believe this has declined. In 2011, online media was considered objective by 14% of respondents, while in 2013, this number dropped to 9%. 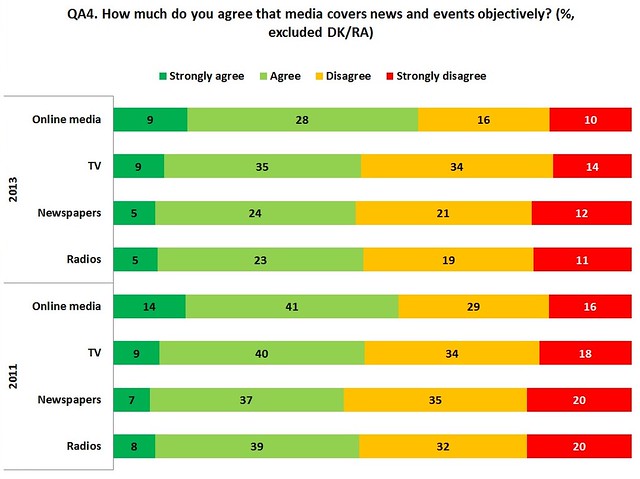 Political affiliation was by and large cited as the main reason for non-objective coverage, followed by censorship, business affiliation, and so on. 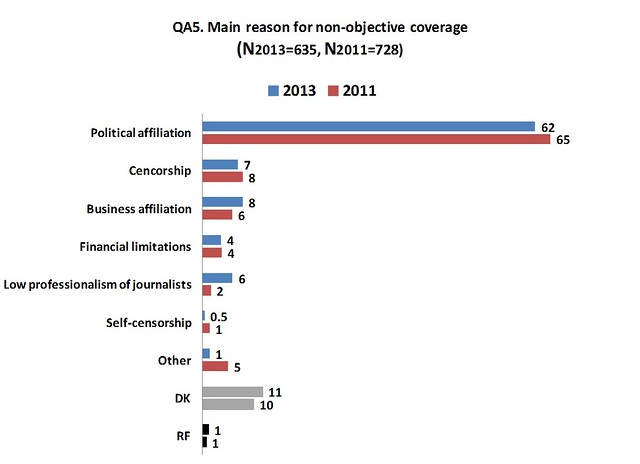 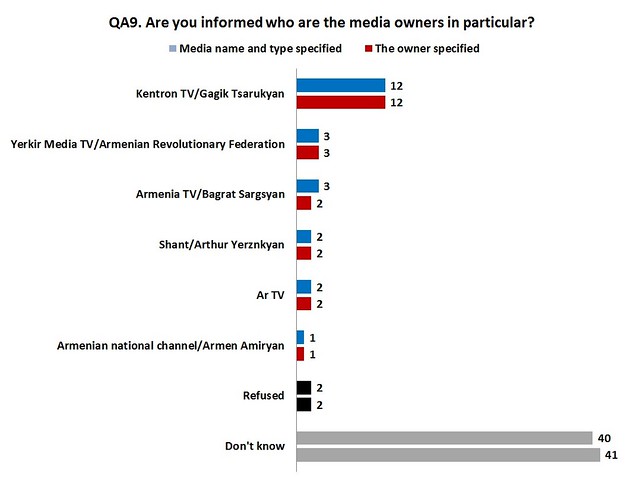 The raw data of this survey is available on the CRRC Armenia website.