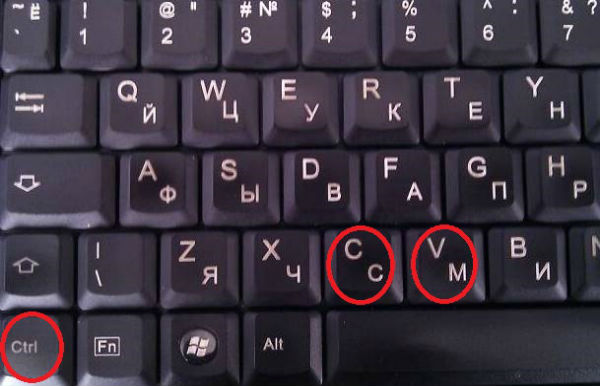 The bill regulating the issue of online news media republishing content without permission is being discussed in parliament. The first reading already took place.

The second reading of the Addendum to the RA Law on Copyright and Related Rights bill [AM] will take place in the coming two days.

Editors and media experts discuss the need and the likelihood of future application of the “copy-and-pasting” bill.

As of today, the draft law, as I, following the National Assembly discussion, understand it, is not yet completely ready: we have to wait and see what conclusions will be reached, what form it will take in the end.

The problem has been around for quite a long time, and we see that self-regulation isn’t working. That’s why a need arose to address the matter through legislation. As for what will happen after the law is adopted, it’s really difficult to say.

I consider journalistic solidarity one of the few bright phenomena in our country. I really wouldn’t want anything to throw a shadow on it and for us journalists to have a problem with one another. I think, after the law is passed, it won’t be used to sue one another, but that simply the adoption of the law will foster self-regulation of the issue.

Though the statement issued by editors of news outlets played a deterring role for parasitic websites, the sector wasn’t cleansed completely, and there became a need to take action to make legislative amendments.

We worked on this law at length: we had meetings with different news outlets in various formats on several occasions; we rephrased and developed it. Today I personally don’t see any danger in this law.

I think, it turned out [containing] that which is necessary at this point, and the law, as is known, can be constantly subjected to amendments based on precedents.

In the current state of affairs, I think, this law might be a straitjacket for websites that wish to continue engaging in plagiarism. It really will be quite difficult for any news outlet to take its colleague to court, but I think that the lawsuits won’t be against normal, established, professional news outlets but against parasitic sites.

That there was the need for a legislative initiative, there’s no doubt, because really, the situation was already alarming.  The “copy-pasted” material going from one news outlet to another could simply paralyze the entire journalism sector, because it wasn’t clear from where the source originated.

As for self-regulating the matter, of course there likewise is a need for that. That this was an initiative by several heads of news outlets speaks to the fact that this concern exists within the journalism community — the journalism community wants to resolve this issue. This is that issue where regulation has to be carried out simultaneously on legislative and self-regulation fronts.

If we speak about the bill itself, well, there are some shortcomings: for example, in Article 2 Paragraph 1, there are several statements that are quite general and are quite difficult to clarify what is meant:

In fact, Paragraph 1, which contains more proclamatory provisions without specific mechanisms, could be removed altogether. Paragraphs 2 and 3 are quite good, and I think there was a need for them.

It’s also important that the compensation of damages is included in the mechanisms.

In my opinion, there was no need for this legislative initiative, since the law already contains mechanisms for protection, including for the media. In this bill, there are few concepts that, though are stated in international norms and are accepted (for example, “the purpose is justified” and so on), can be interpreted differently, and if those cases go to court, the court’s interpretation will stay, and it’s not always that the court can interpret them well.

In my opinion, it’s unacceptable that the selection of events and facts might be considered an object of copyright, since choice cannot be considered a copyright object. If it can, then how? Again, the court’s interpretation remains, which, again, is risky in this case.

Such issues should be resolved through self-regulation because there is a problem that pertains to two news outlets that can unite around ethical norms and resolve their issue at that level — even not referring to the law.

All Codes of Ethics define the rules of copyright protection, and if those rules are violated, news outlets can appeal to the Media Ethics Observatory or simply settle the dispute between them within the scope of ethics.

Through the bill, an attempt is made to balance two rights: on one hand, authors’ and copyright holders’ rights; on the other hand, the right for the free flow of information and the right for citizens to be informed. That is to say, an attempt is made to restrict some flow of information and with it, to protect authors’ rights.

But in my opinion, these rights, which are given to authors or copyright holders, are not so proportionate, since the law already protected their rights. It’s a different matter altogether that Article 2 [of the bill] defines [these rights] more clearly, as to how to cite, which is considered normal — though somewhat problematic: should the citation be in Latin or Armenian letters?

One gets the impression that this law is only for news outlets, but why do we exclude that there might be individual journalists, representatives of the blogosphere, and people who provide information but are not a news outlet?

The bill puts the emphasis on a group of people; in this case, print media and [news] websites. But why couldn’t the emphasis have been made on the outcome? Let’s assume that with this law, some creative work or another is protected and what “the purpose is justified” is explained — though, on the other hand, this concept that be explained by a Court of Cassation ruling.

In my opinion, the best solution would’ve been to define only the mechanisms of citing [the source], that is, how to cite, so that it is properly done.