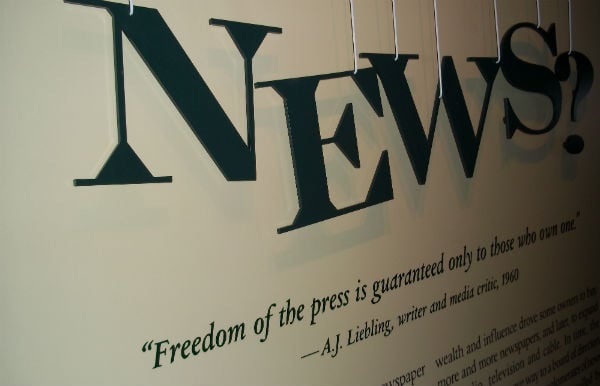 From now on, partly or wholly citing information from these websites will require their written permission.

Both news agencies have included an identical disclaimer at the bottom of their pages, which reads:

“The copyright for information published on this web site is owned exclusively by [the news agency]. All information materials published on this website are intended solely for personal use. For full or partial reproduction of any material in other media it is required to acquire written permission from [the news agency].Those, who have committed copyright violations, will be prosecuted accordingly.”

According to Armenpress, the reason for the change in its policy on republishing content is protecting the legitimate interests of its subscribers.

“Besides, content to which the agency owns the copyright is often used dishonestly: the way the news is laid out is the result of the journalist’s intellectual activity, and that also has to be protected,” says Armenpress Director Aram Ananyan.

Ananyan hopes that the new policy will contribute to a decline in “copy-pasting” in the local press and will have a positive impact on the quality of news media.

Though the disclaimer reads “Those, who have committed copyright violations, will be prosecuted accordingly,” the Armenpress director believes that the problem can be solved without judicial intervention.

“The field is so understandable and acceptable for everyone that I think, often it will be possible not to take extreme measures, because we realize that news outlets are our colleagues,” he says.

News.am representatives did not comment on the change in their copyright policy, explaining that it’s new and too soon to speak about it.

Haykakan Zhamanak (“Armenian Times”) Chief Editor Hayk Gevorgyan finds that such policies are not realistic. The daily opposition paper doesn’t have such policies and probably is not prepared to make any changes in this regard.

“I think, [this practice of] referencing based on [obtaining] written permission won’t work here [in Armenia]. It seems to me that this is a period that itself will pass. This has happened all over the world and then has passed. There, more rigid methods have been applied — they’ve taken each other to court — but that’s not the reason why it passed; it’s just that it passed with the level of development,” says Gevorgyan.

“It’s good that a news agency does something like that, tries to protect its rights. But I would be very excited if [information] about the staff and the legal organization was added to the sites’ ‘About Us’ section. That would be a complete shift,” says Deheryan.

The media expert hopes that such reforms will also be implemented by other news outlets in favor of working in an open, transparent, and highly professional manner.