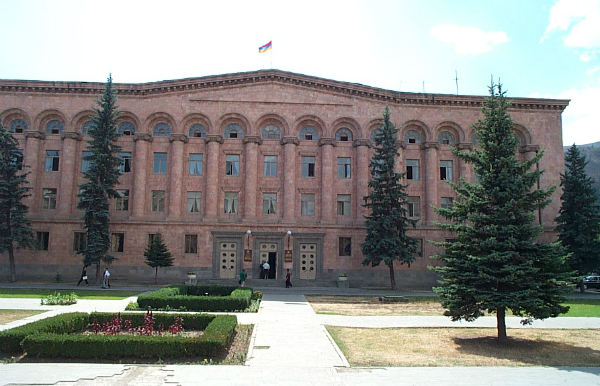 The Council of Aldermen of the third-largest city in Armenia, Vanadzor, recently discussed increasing the amount of financial support the city provides to local news outlets. The Council’s meeting agenda included a proposal to increase the current subsidy of 1 million AMD (about $2,423 USD)  to 3.5 million AMD (about $8,480) of the municipal budget.

Fortuna TV had put forth the proposal on the grounds that the role of news media in Vanadzor has increased and there are new news outlets — lorinews.com, armweeklynews.com, and Fortuna regional TV company.

During the Council meeting, Vanadzor mayor Samvel Darbinyan insisted that first, the amount of money allocated to news outlets has to be confirmed, and then it can be distributed by a contest.

“We will announce competitions for a few TV channels and newspapers. Whoever wins will receive the corresponding funds from the budget,” said the mayor.

Council members supported the idea of subsidizing news outlets but were proposing to vote on the matter only after establishing the amount of funds to be provided to each news outlet.

They based their position on the condition that the amount of money allotted from the budget not be given to one TV company or newspaper, but that all news outlets avail of the allocated funds, and for Council members to know how the funds will be distributed among news outlets.

“We are in favor of subsidies serving not one TV company or publication but all. And for Council members to know for what mission for which TV company they’re allocating the funds,” said Council member Vahagn Davityan.

After the discussion, the matter of Council members’ voting was removed from the meeting agenda. In the near future, a committee will be established that will study the matter of Vanadzor news media subsidies and present its findings to the Council.

With respect to the previous 10 years’ allocations, the municipality didn’t provide that information, explaining that more work would be required to dig up archived files.

The aforementioned allocations were made in the “Support to news media” line of the budget.

Loru Marz newspaper has received subsidies from the city for 10 years continuously. The editor, Manvel Mikoyan, says that his paper receives financial support for publishing city hall’s announcements for free.

“The amount of those announcements in financial terms naturally are much greater than the subsidies,” says Mikoyan.

Lori TV Director Narine Avetisyan says that the municipality broadcasts at least 10 announcements a month, three of which are unpaid. And this, in files presented to tax authorities, is formulated as the TV station providing support to the municipality.

“It turns out that the municipality is providing support to Lori TV company and Lori TV, to the municipality. It’s a question of who has supported how much to whom,” says Avetisyan.

The Lori TV director has suggested to the municipality to sign an agreement for services rendered and to pay within the framework of commissioning. But the response she received was that there aren’t the corresponding funds in the budget for commissioned work.