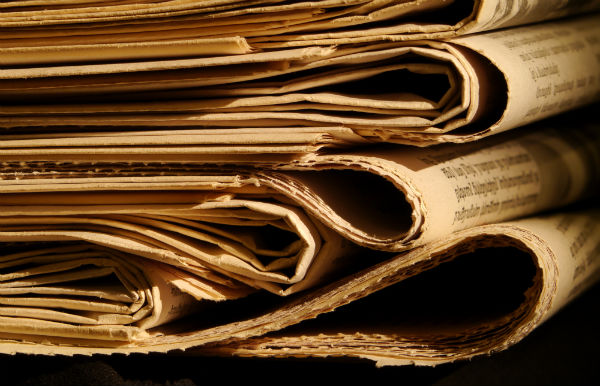 “When the media catches a cold, it is democracy who coughs,” wrote mayor of the French city of Reims Adeline Hazan in a recent article published on Libération.fr, expressing her concerns on the current forlorn state of municipal and regional media.

According to Hazan, as a result of the economic crisis, the quality of the regional daily press dropped and brought about material loss and a climate in which journalists can no longer do serious, in-depth research, conduct a poll, or prepare investigative pieces.

As a result, newspapers are losing their impact on public life and losing readership, leading right up to shutting down, while local authorities are losing a serious opponent. The mayor is urging the public to come out of its coma and support the press, reminding readers that it was the press that helped advance democracy in the country.

The article unwittingly obliged me to address the state of Armenia’s regional media and attempt to make comparisons — but the result turned out more bleak and defeatist than expected.

For example, Gegharkunik’s regional newspaper Geghama Ashkharh seems to be the spokesperson for the myor and regional governor (marzpet): the political and community pages are completely devoted to their visits, receptions, and congratulatory speeches.

One gets the impression that she’s reading the Communist Party’s official newspaper of the not-too-distant past Sovetakan Hayastan (“Soviet Armenia”), where every move and remark of leaders were praised. I didn’t come across any article or statement that addressed issues in the province or was analytical or critical on such issues.

If there’s even a hint of a problem, it is presented as being in process; a matter that’s on the verge of being resolved, which the paper fits very well in the plan of being fulfilled in three years. The paper’s remaining pages are full of series of memoirs, melancholy, condolences, and awards.

One is left with the impression that either Gegharkunik is not in Armenia or it’s a completely different world, which our country’s social problems have somehow bypassed.

Ararat’s regional weekly Artashat reminds one of a hit parade. The hospitable Artashat residents and their leaders during the entire year welcome guests, mark holidays, organize celebrations, issue congratulatory messages to residents, receive prizes, and award medals. All of the paper’s pages are full of the breath of a “May victory celebrations parade”.

If there’s idle time left in between, they pave the roads or fulfill their desired dream of restoring the lake in Artashat. In the tradition of previous years, this year too the capital of Ararat province has fulfilled its budget by 100%.

The newspaper covered the most important national event of the year, the election of local self-government bodies, by heralding it once at the start and once at the end — and it was limited to publishing the elected community leaders’ names.

Artashat‘s editor didn’t hesitate in expressing his gratitude in writing to the head of the local water and sewage services, who came quickly and without delay and repaired his apartment’s sewage pipe, adding that this was likely due to his being a newspaper editor.

The text below the logo of Kotayk’s regional paper Kotayk (previously Arshaluys) reads “independent newspaper”. It is somewhat different from the previous papers in terms of content, and a habit of addressing local issues and expressing opinion. But this paper too has some things in common with the others.

There isn’t the sharp, critical, unbiased approach typical of independent media, and the in-depth study of current issues and their public impact, which should be typical of the Fourth Estate.

And let’s not talk about “in a selfless way,” “true devotion,” “well-deserved rest,” and other expressions clutching at the style of Soviet journalism that we occasionally come across, which adorn the headlines or titles of pages.

It’s clear that there can be no connection between Armenia’s municipal or regional media and French media. In France, the media is independent, established, and professional, having real weight in its region’s and the country’s overall development, which is very much missing in our media.

But journalism is based on one thing that is pivotal for media everywhere: to provide accurate and comprehensive information to readers, which is practically absent in Armenia’s municipal and regional media.

How can our regional press be free and independent, if it’s unable to reach readers without the mayor or regional governor on its side? The papers are obliged to speak favorably of community leaders, in order to be able to coordinate the sale or subscription of a handful of issues in schools or kindergartens.