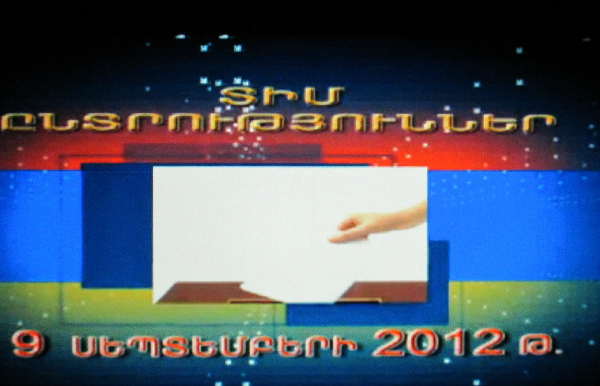 Kapan’s Khustup TV’s Kapanlur news program won’t be broadcasting during the pre-election period. The TV station’s management has decided not to cover the Sept. 9 mayoral elections campaign in this southern Armenian city.

There are two candidates — incumbent Artur Atayan, an Armenian Revolutionary Federation (Dashnaktsutyun or ARF-D) member, and Ashot Hayrapetyan, put forth by the ruling Republican Party of Armenia.

“Considering the fact that I’m an ARF-D member, in order not to turn the TV station into a target, to refrain from unnecessary labelling, we’ve ceased our news broadcasts,” says Khustup TV’s Executive Director Sasun Manukyan.

However, the TV station hasn’t refused political advertising. It offers paid broadcasting to candidates of both the mayoral and aldermen elections.

[[wysiwyg_imageupload:317:]]”From the start of the election campaign we’ve ensured equal conditions for all candidates; even the sequence of paid political advertising is determined according to a draw, with the participation of representatives from the two mayoral candidates’ campaign offices,” says Manukyan.

“The mayoral candidates’ campaign offices know they can keep us abreast of their meetings, and we are equally committed to cover them,” he says.