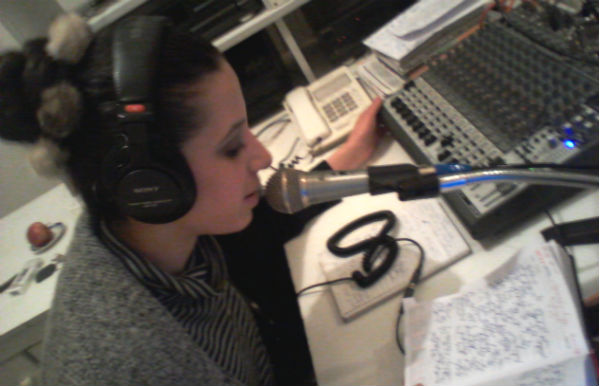 Mig FM is one of two regional radio companies officially registered in Armenia’s third-largest city, Vanadzor (the other one is Gyumri’s Shant). Vanadzor’s only local radio station began operations in 1998, when there was no longer radio based on wire transmission.

“A large part of the wires were stolen, which is why radio couldn’t work. The situation changed after FM stations were installed,” recalls Mig FM director Samvel Harutyunyan.

Programming on Saturday nights includes live broadcasts in which the host creates an interactive connection with listeners on any topic. Among them are Armenians living abroad.

Mig FM has also been broadcast online for more than 2 years. On MigTVR.com you can find Mig radio, TV reports and its news media reports.

However, during the recent parliamentary election, the TV reports didn’t appear in the radio’s news broadcasts (it’s true, Mig didn’t have paid content, but it participated in the election campaign period through broadcasting news reports on the election).

“Demands are added [when it comes] to election news. And maintaining the principles of equality is more difficult in radio — especially when the criteria became clear before the election, and mastering those technologies in 1–2 months is hard,” says Samvel Harutyunyan.

According to him, Mig FM will certainly participate in the upcoming elections of local self-government bodies.

Mig FM works around the clock. It’s on air for 15–16 hours, while the rest of the time (mainly at night), it broadcasts music, advertising, and announcements on the 103.8 frequency. According to the director, the songs played on the radio are chosen by listeners who make requests during concerts via phone calls and SMS messages.

Operating in Vanadzor for one year was also Lori radio station, which was broadcast visually, on Lori TV.

According to the TV company’s director, Narine Avetisyan, they were waiting for the National Television and Radio Commissions’s radio analogue broadcasting contest, which was never announced. In 2009, Lori radio stopped operations, since there was no point to broadcasting the radio on television since it hadn’t secured a large audience.

Mig FM hasn’t participated in the new radio analogue broadcasting contest; rather, it has extended the term of its license for a few years.