Brief Round Up of Armenian-American TV Companies 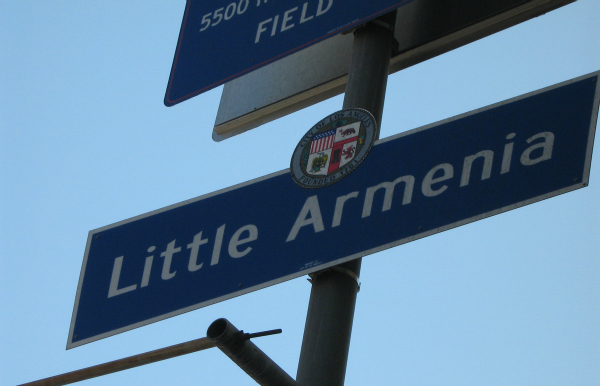 The Armenian community, not particularly concerned with local political life, doesn’t have much to say or show. The reputation of a TV station is assessed by the number of its own programs. There are also commercial programs: such programs feature doctors, attorneys, travel agents, car salesmen, and real estate agents. Programming also includes shows and soap operas produced in Armenia.

All Armenian channels have the issue of attracting youth — especially since the Internet is the preferred source of information for the new generation. TV viewers are mainly those from the older generation, who have difficulty with the English language and haven’t yet integrated into American life, or are interested only in news from Armenia.

Local television is an impetus for teaching and spreading the Armenian language. And if we consider that the programs that have the largest audience are soap operas filmed in Armenia, then the language heard in these shows becomes exemplary for all: Iranian-Armenian and western Armenian viewers instead of Armenian will learn Russian words and street talk.

One of the oldest Armenian-American TV channels is Horizon, which has a political purpose and statement. It was founded by the Armenian Revolutionary Federation Western United States Central Committee in 1989. Horizon consistently covers the Armenian National Committee’s program and community news and is known for its news broadcasts and political commentary. Horizon has been collaborating with Meridian studio (its director Sevak Petrosyan) for a few months now. In their collaborative work, as well, the main emphasis in programming has been on subjects of importance to the community. Working outside of the studio is Horizon’s film crew, reporting on events. Horizon’s programs are broadcast in English, eastern Armenian, and most importantly, it’s the only station that pays special attention to western Armenian. Also, it’s the most technically equipped station.

ARTN (Armenian Russian Television Network), founded by Robert Oghlakhchyan, is known for its large area of coverage and wide reach. ARTN has been operating since 1985 — first as an hourly program, then a TV station. Not only does it make use of local broadcasting stations, but also it is accessible coast-to-coast in the US, Mexico and Canada. ARTN has the largest audience. The TV channel collaborates with Armenia-based Shant TV, broadcasting Shant TV’s programs and preparing joint programs. ARTN-Shant TV station’s aim is to be interesting to residents of the former Soviet Union who’ve emigrated to the US, offering various entertainment programs and soap operas in Armenian and Russian. The station has its own TV programs and talk shows and a loyal audience.

USArmenia, founded by Bagrat and Vahagn Sargsyan in 2008, declared from the first day of operations that it is the no. 1 TV channel in the US, ignoring the contributions of other channels. To keep its promise of exceeding other Armenian-American TV companies, USArmenia decided to film the first Armenian-American TV soap opera — Immigrants. After this channel was launched, competition increased between USArmenia and ARTN-Shant TV.

Best TV is a subsidiary of USArmenia, but has a smaller coverage area. Best TV airs the best programs produced in Armenia (even those produced by various channels in Armenia) and develops programs in cooperation with USArmenia TV.

AMGA (Armenian Media Group of America), founded by Edik Kalajyan in 1999, is broadcast by satellite in the US, Canada, and Mexico. AMGA is the platform of the opposition in Armenia, and consequently, some of its programs feature the opposition viewpoint. The opposition approach is what makes this station unique, though there are also commercial and entertainment programs.

AABC (Armenian American Broadcasting Corporation), founded by Vrej Aghajanyan in 2008, focuses on covering community events. Its aim is to be a local TV station — to address the issues of Armenians residing in the US. AABC always covers the state’s laws and innovations, and political and medical issues. The TV station believes that its work should be helpful to Armenian viewers, which is why it also broadcasts educational and cultural programs.

ICFN (the International Christian Family Network), founded by Vahe and Hilda Maranyan in 2008, aims to preach the Christian faith. Collaborating with churches and other religious organizations, ICFN strives to gather everyone around the idea of love and unity, providing airtime to different Christian groups — Catholic, Protestant, Evangelical. According to the channel’s policies, the work of advertisers and sponsors shouldn’t contradict Christian principles.

High Vision TV, cofounded by George Asaturyan in 1996, and broadcasting programs in Armenian and Persian, aims to present Armenian-Iranian culture and includes music videos and Persian films in its programming.

Also joining this list of TV companies catering to Armenian-American audiences is H1 (Armenia’s Public TV channel), which presumes that the diaspora is ready to watch everything about the homeland. However, Armenian-Americans expect more information related to Armenia’s issues from H1, which, with their professional approach, could be leaders among the TV stations serving the community. H1 has its own correspondent in Los Angeles.

To end this piece on Armenian-language TV companies operating in Los Angeles, I want to present what programs the aforementioned TV stations aired on Jun. 23, 2012, according to the Charter Cable Station.