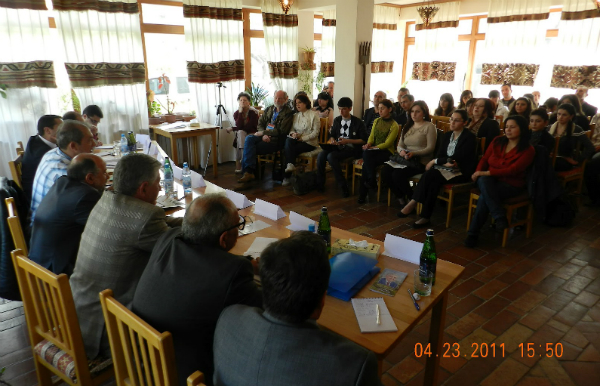 The platform for organizing election debates among political parties and candidates in the upcoming parliamentary election in the southern Armenian province of Syunik was the Internet.

The Rights Information Center NGO and the Goris Women’s Development Resource Center Foundation had organized such debates in Sisian, Kapan and Goris, which were broadcast live on livestream.com.

Those following the live broadcast online were able to participate directly in the discussions by submitting questions to the candidates. An online broadcast doesn’t require a great amount of funds though it provides great opportunities to ensure programming and engage the audience. Several TV stations in Syunik refrained from broadcasting news of a political nature and this was an alternative that debate organizers used.

“In my opinion, the initiative was successful because we largely received positive feedback. Of course there were issues related to the quality of the connection and several other aspects, but we’ll fix all that. What’s important has already been done — a live internet broadcast happened in Syunik. This can set a precedent and be implemented also in other provinces as a successful example,” says Rights Information Center coordinator Gevorg Hayrapetyan, who ensured the technical aspect of the live broadcast.

According to Hayrapetyan, the live online broadcast in Syunik was a new step in shaping political culture.

Organizers note that debates between representatives of different political parties in Syunik are important from the point of view of not only free speech, but also giving voters the opportunity to decide.

The debates were organized within the framework of the “Fair Elections in Fair Hands” program.